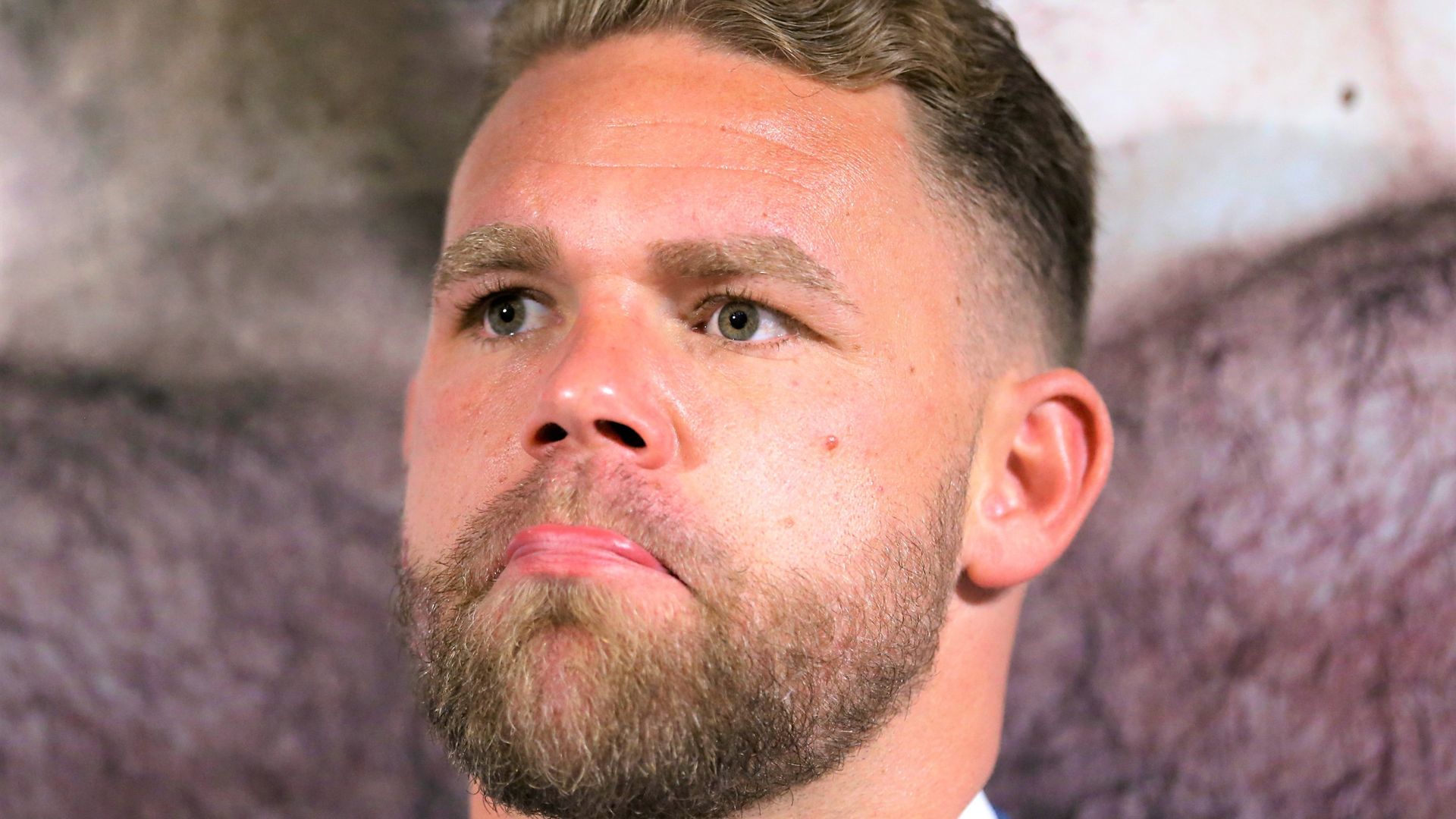 Hearn: “The truth is, any more mistakes and he’ll lose his belt”

Billy Joe Saunders could be stripped of his world super-middleweight title if he makes any more ‘stupid’ mistakes, says promoter Eddie Hearn.

The WBO champion had his licence suspended by the British Boxing Board of Control earlier this year after he released a video which appeared to condone domestic violence.

Saunders has since issued an apology and returns against Martin Murray on Friday December 4, on Sky Sports, but Matchroom boss Hearn insists his fighter is fully aware of the consequences if he is involved in further unsavoury incidents.

“He has got a good heart, he’s genuinely a good person, but every now and again on social media, he’ll say something that he shouldn’t say.

“He’s had his knuckles wrapped by the British Boxing Board of Control, and by the WBO. The truth is, any more mistakes and he’ll lose his belt.

“Fighters have to be active. If they’re not active, then they can’t have that disciplined, regimental lifestyle that boxing gives them.

Billy Joe Saunders will make the second defence of his WBO super-middleweight title against British rival Martin Murray at The SSE Arena, Wembley on Friday December 4, live on Sky Sports

“He had a lot of uncertainty. He was out of the gym and then he starts mucking around with his mates and doing stupid things. What he did was stupid. He made a post on social media. He thought it was funny, thought he was one of the lads and it was bad taste and it was a mistake.

“He apologises for that and he moves forward, so now we want to concentrate on the boxing.”

Saunders was set to face Mexican star Saul ‘Canelo’ Alvarez, only for the fight to fall through due to the coronavirus pandemic, but Hearn believes a win over Murray will put the two-weight world champion back on track for a major bout.

“We know it’s difficult to get international opponents right now,” said Hearn. “We have a lot of British super-middleweights, who wanted their shot. Martin Murray got the call.

“But this is it now for Billy Joe. In 2021, he has to dive into those big fights. People talk about how Billy Joe Saunders can beat everyone, but that’s talk.

“We need to see it. We saw him give an unbelievable performance against David Lemieux, Andy Lee, Chris Eubank Jr. Great wins, but we want to see those wins at the elite level. We’re talking about Canelo, Callum Smith, GGG, Demetrius Andrade.

“All those fights and they will unfold for him in 2021, if he can beat Martin Murray. We must keep the momentum, we must keep him in the gym and keep him focused.”