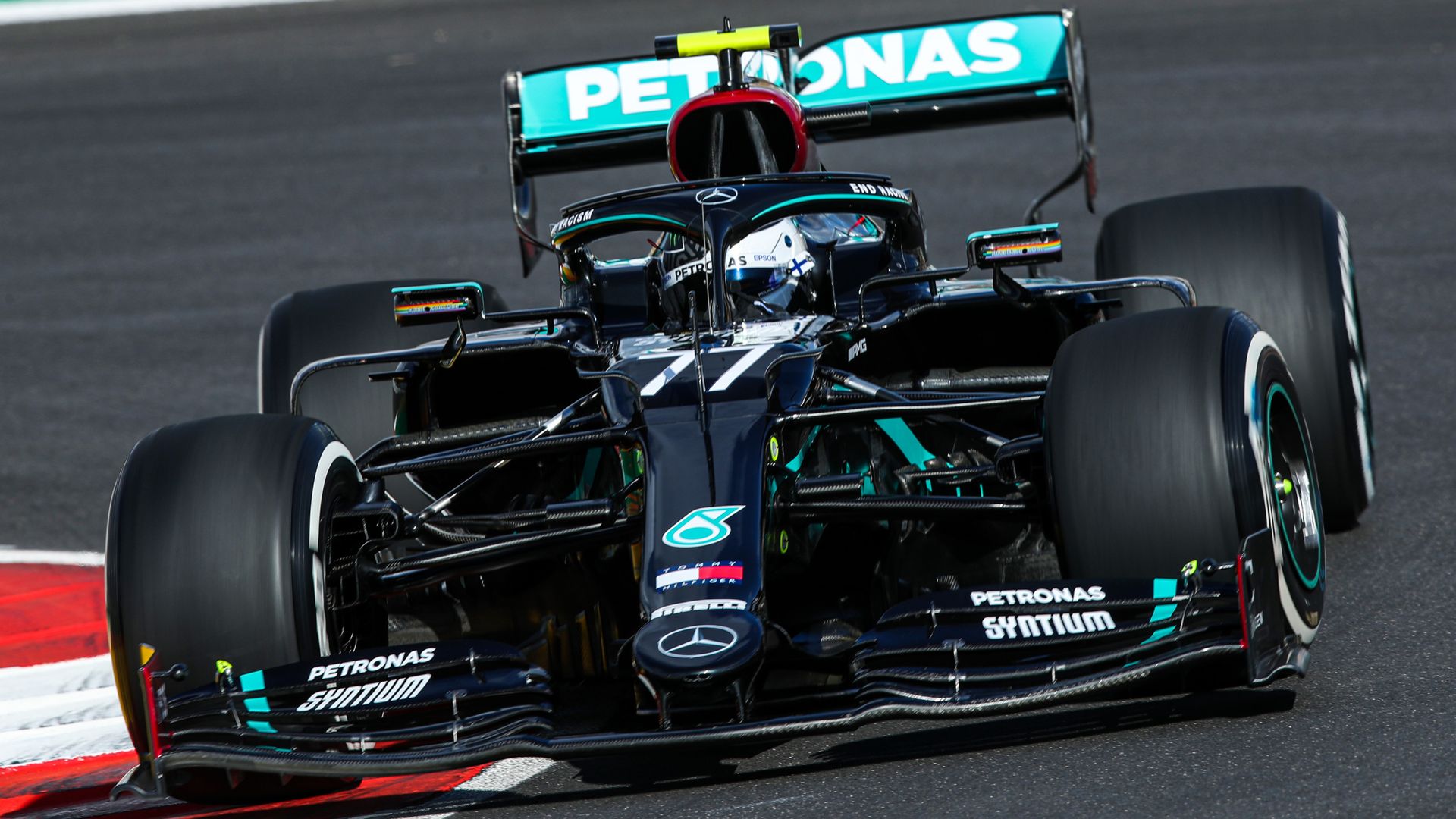 Valtteri Bottas set the pace ahead of Lewis Hamilton on Formula 1’s debut at the ‘rollercoaster’ Portimao circuit, with Mercedes stealing an early march on Red Bull in Portuguese GP Practice One.

The Algarve track, with its big elevation changes and sweeping corners, provided an exciting challenge for the drivers in Friday’s opening session as the sport returned to Portugal for the first time in 24 years, with several spins, but it was 2020’s dominant outfit who settled in straight away.

Bottas and Hamilton traded fastest times on the medium tyre, but the Finn – who was dealt a huge championship blow with his DNF at the previous race in Germany – characteristically started fast with a 1:18.410.

Hamilton, chasing a 92nd victory this weekend, which would put him ahead of Michael Schumacher in the record books was three-tenths off the pace of his team-mate, who has been fastest in six consecutive P1s.

But Mercedes had an 0.7s buffer back to closest rival Max Verstappen, albeit with the in-form Dutchman, who was the first driver to spin on Friday morning, setting his quickest time on the hard compound.