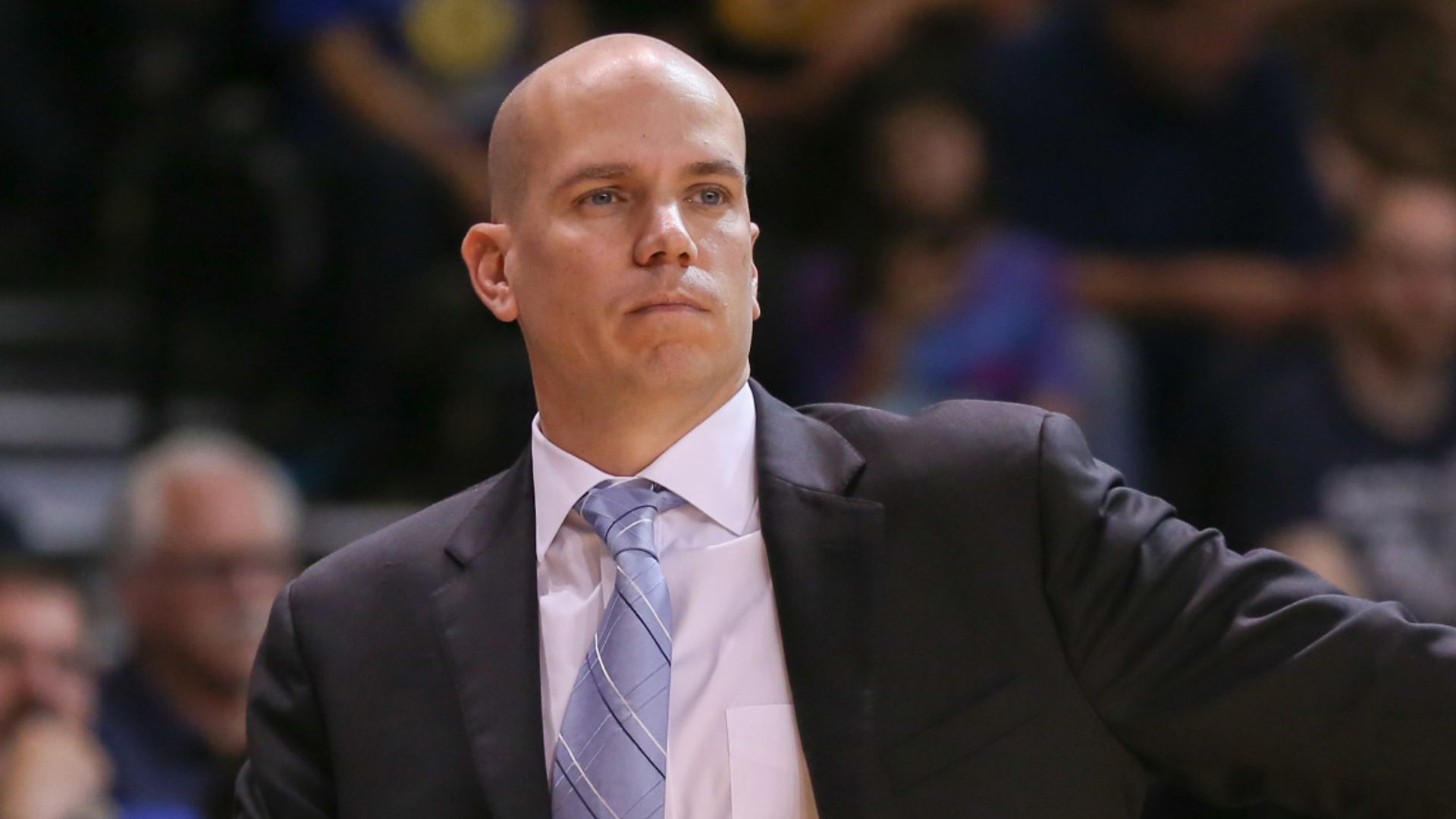 New Indiana Pacers coach Nate Bjorkgren has outlined his plans to take the team in a new direction.

Less than 24 hours after accepting the job, the 45-year-old former Toronto Raptors assistant started explaining his plan on Wednesday.

He expects the Pacers to move the ball and take more three-pointers. He wants the defense to be more disruptive. He promises not to get locked into rotations and will be willing to take risks. Perhaps most importantly, he believes there needs to be more communication between coaches and players.

Those are exactly the traits president of basketball operations Kevin Pritchard hoped to find when he embarked on a coaching search two months ago and Bjorkgren became the perfect fit.

“There are people in this world who bring energy and you like being around them,” Pritchard said after introducing Bjorkgren on a Zoom call. “I think the litmus test is when those guys call you, you can’t wait to pick up the phone. Nate has those characteristics, and when he went through his presentation he created a vision that I could physically see in my mind how he was going to coach. We knew he was the right guy.”

The proof will come in time.

But the 45-year-old, first-time NBA head coach certainly presented a different kind of vision, one Pacers fans may embrace after watching years of stodgy, half-court basketball.

Bjorkgren wants to shatter those norms. He prefers an evolving style that conforms only to circumstances.

“We will be a fun team to watch,” he said. “You are going to see a lot of movement on both sides of the ball, different guys handling the ball, pushing it up the floor. We want to utilise the three-point line. My approach to defense is you change and change quite frequently, between quarters, after timeouts, during an 8-0 run, I think that is the disruptive part.”

Nurse first hired Bjorkgren as an assistant in 2007 with the Iowa Energy. Following their first season together, Bjorkgren described how he and Nurse held daily whiteboard sessions to discuss strategy.

It was there, in the G-League over the next seven seasons – three as Nurse’s assistant, four as a head coach – where Bjorkgren learned the value of flexibility. With small coaching staffs and ever-changing rosters, Bjorkgren managed to go 126-74 with the Dakota Wizards, Santa Cruz Warriors, Energy and Bakersfield Jam before joining the Phoenix Suns in 2015.

“You have to adapt very early and quite often,” Bjorkgren said. “You could be at a shootaround and two guys get called up and another is going overseas so you have to coach on the fly. You have to know the next guy will be there and that’s the part of the coaching, keeping everybody ready at all times.”

He put those lessons to work when he was reunited with Nurse in Toronto two years ago.

In Bjorkgren’s first season with the Raptors, Kawhi Leonard led the Eastern Conference’s No 2 seed to their first NBA championship. Leonard’s departure in free agency last summer didn’t change much in terms of philosophy or success.

The Raptors still went 53-19, still earned the second seed in the East and still reached the conference semi-finals before losing to Boston in seven games.

So when Pritchard saw Toronto’s 23-12 postseason record over the past two seasons and compared it to the Pacers playoff mark of 3-16 over the last four seasons, he was sold.

“I think it’s important to take risks in the NBA today,” Pritchard said. “We think that helps you down the line. Maybe not early, but down the line in the playoffs and that’s where we want to get better.”

The biggest offseason question for Pritchard is the future of two-time All-Star Victor Oladipo, who has been cleared to do his full complement of workouts. Oladipo can become a free agent after next season.

“He feels good about the team. He’s talked to me about how he thinks this team can be very good,” Pritchard said. “We hear a lot of things, but until it comes to me, I don’t really worry about that.”

And perhaps Bjorkgren can help convince Oladipo to stay with his new approach, too.