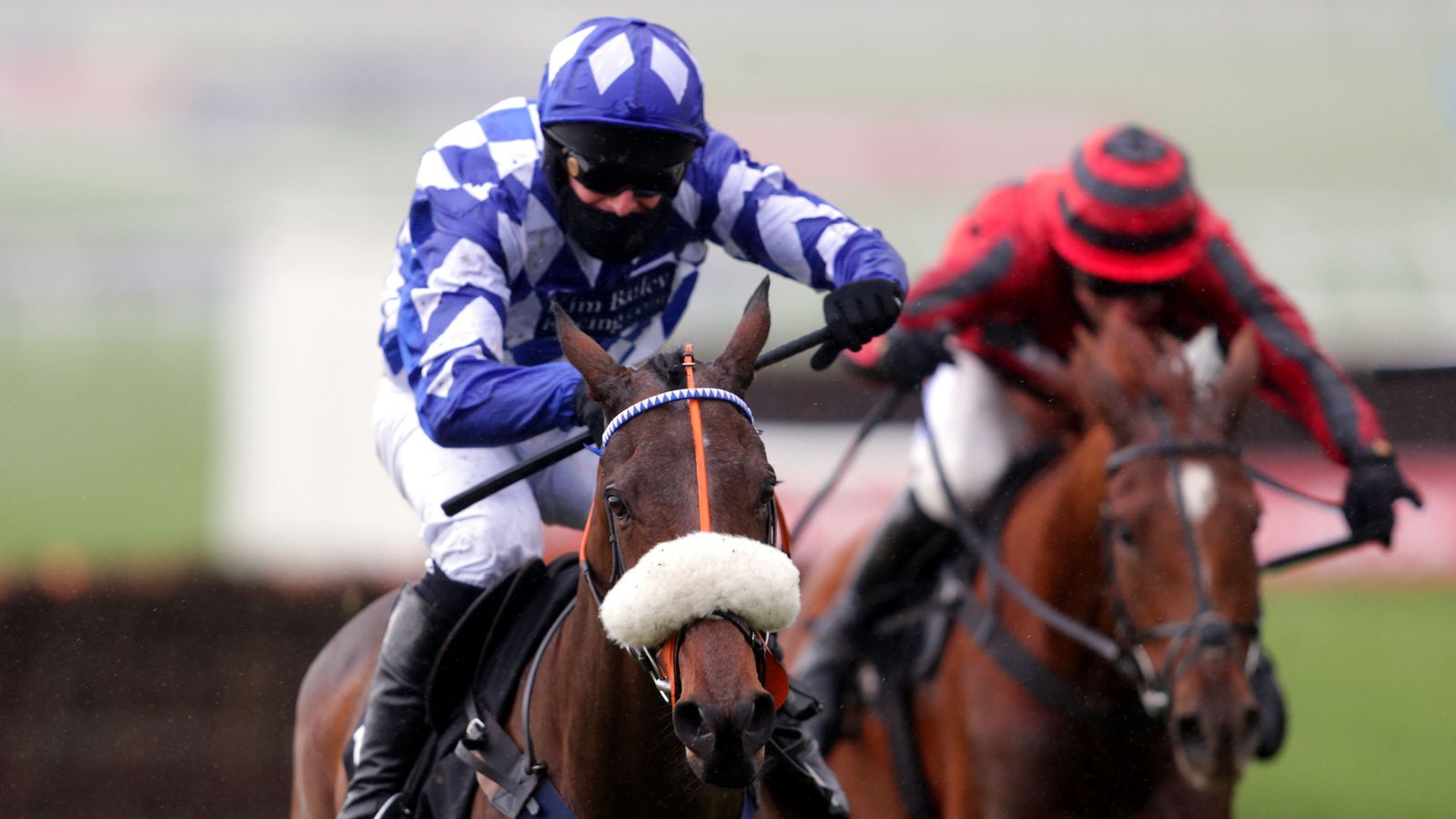 Locally-based trainer Kim Bailey was delighted to claim the first race of the new season at Cheltenham with the impressive Does He Know.

The Andoversford handler has his string in excellent form at this early stage of the campaign, with this his seventh winner in the last seven days.

Runner-up on his first two starts over hurdles last autumn, Does He Know had made a successful return from a lengthy absence at Ludlow last month and was a 9-1 shot for what looked a warm renewal of the Ballymore Novices’ Hurdle.

Ridden confidently by David Bass, the five-year-old powered up the famous hill to score by almost five lengths from Midnight River.

Bailey said: “After he ran his second race last season, I said to the owners I didn’t want to run him again because I think he’s a very nice horse and I wanted him to have time.

“The idea of bringing him back to run in the first week of May didn’t happen, and I was thrilled with him today.

“I’ve always had a high opinion of him. He is very much a chaser, having won a point-to-point as a four-year-old – and with a bit of luck, he will get better as time goes on.

“We will see how he comes out of the race, but I’m not in a great rush. He will be better over three miles, I think.”

Irish raider Galvin strengthened his claims for the National Hunt Chase at next year’s Festival with a wide-margin success in the Matchbook Better Way To Bet Novices’ Chase.

Runner-up in the novices’ handicap chase at the showpiece meeting in the Cotswolds last season, Gordon Elliott’s charge had since won each of his three starts over fences, including a Grade Three at Tipperary this month.

Stepping up to three miles for the first time, the 2-1 favourite jumped well in the main under Robbie Power and looked better the further he went – passing the post with seven lengths in hand over Soldier Of Love.

Paddy Power make Galvin the 7-1 favourite (from 10-1) for the National Hunt Chase, which Elliott had previously identified as a target.

“I suppose he was entitled to do that. He was fit coming in here and he has got the rating on his run at the Festival last season,” said the winning jockey.

“He hit a few flat spots, but once I gave him a squeeze every time he came back on the bridle.

“The step up in trip (in the National Hunt Chase) will bring about a little bit more improvement. I think he stays all day and I think Gordon has the right target for him in March.

“After that, the Irish Grand National would be right up his street.”