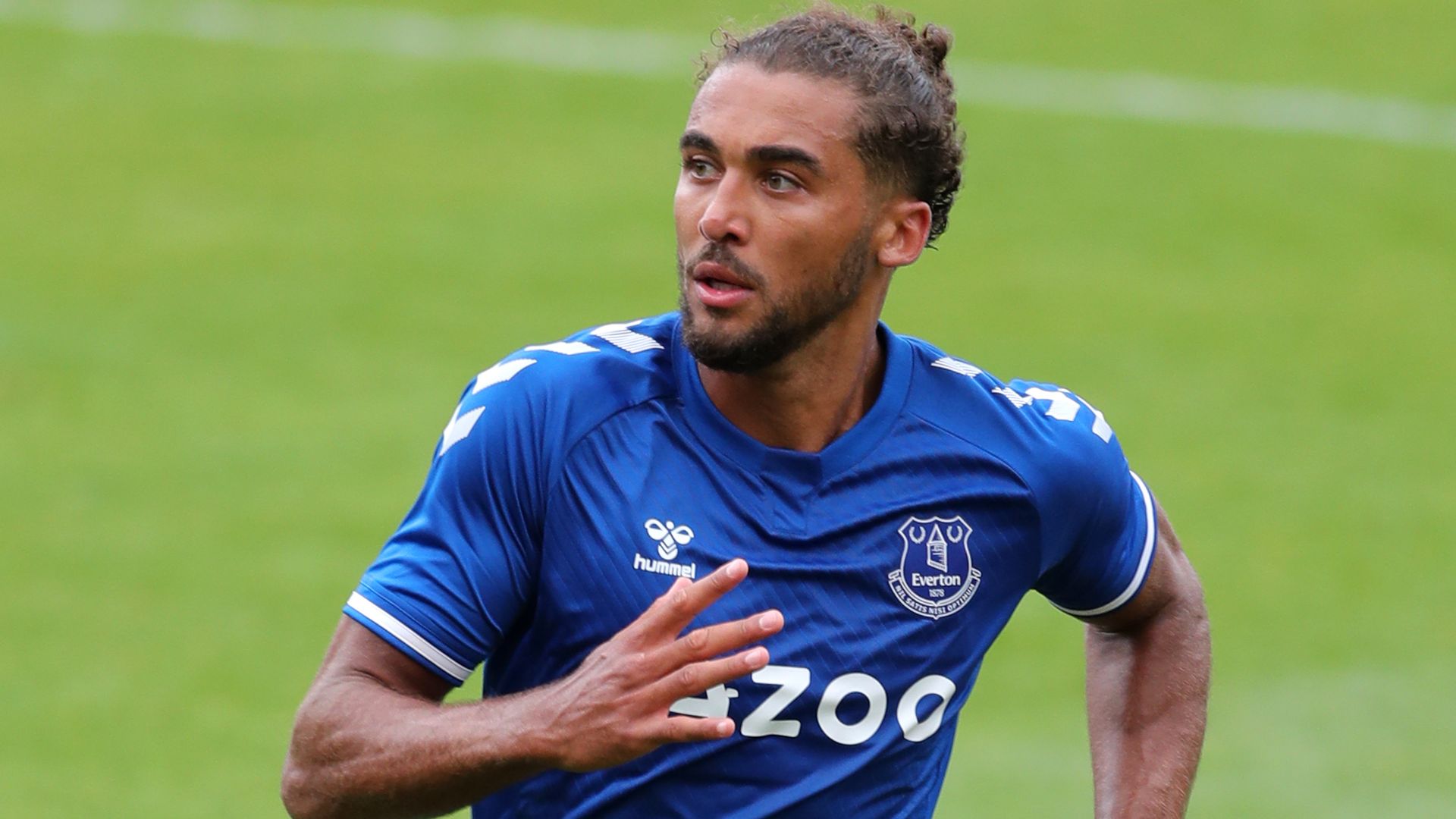 It has been a blistering start to the new season for Dominic Calvert-Lewin and the man integral to him joining Everton four years ago has spoken of his pride in his gradual development.

Calvert-Lewin is the Premier League’s joint-top scorer with seven goals alongside Tottenham’s Heung-Min Son, and his side sit top of the table after the opening five games.

David Unsworth helped recruit the striker from Sheffield United in August 2016 for a deal that was reported to be worth £1.5m at the time, but the Everton U23s manager told Sky Sports the fee was significantly less.

When asked about the reported sum, Unsworth said: “I can assure you it was nowhere near the amount of money that people bandied about! I won’t say the exact fee but it was a lot less than what you just quoted.

“I still smile when I think about how we managed to prise him away. It was all about timing and Sheffield United were in League One and had just got a new manager. Dominic wasn’t going to play a big part in trying to get them out of League One. Chris [Wilder] decided to go down the experience route and has proven to be very successful.

“We managed to get Dom into our Under 23s at the time, and he’s a player I’d worked with previously during my time as a coach at Sheffield United as a 16-year-old. I’d always followed him and tried to plot his journey when he went on two loan periods [at Stalybridge Celtic and Northampton Town].

“I watched him and I was absolutely delighted to bring him to the club. It was a fantastic signing for us, and he is now producing the sorts of displays and playing as well as we could ever have imagined when he was a young player. He’s outstanding and has been a brilliant signing for us.”

At the start of the 2016/17 campaign, it was felt that generating funds by selling Calvert-Lewin would significantly help the Yorkshire club become the Premier League outfit it is today.

In buying an 18-year-old, Everton were signing potential, but Unsworth was in no doubt that the striker had all the attributes to become a member of the first team.

“We felt it was a bargain,” added Unsworth. “We felt that we’d signed a quality player, but it’s easy now to sit here and say, ‘we knew he would play in our first team’. At the time, he had all the tools to potentially be a first-team player.

“But Dominic has gone on and done brilliantly to jump over every hurdle he’s come across and taken every opportunity that’s come his way.

‘I still pinch myself working under Ancelotti’

Unsworth points out that Calvert-Lewin is not the only player that has progressed to Everton’s senior team having arrived externally, with Mason Holgate, Jarrad Branthwaite and Niels Nkounkou having all impressed since the start of Carlo Ancelotti’s tenure.

In Ancelotti, the club appointed a three-time Champions League and Premier League winner who has reignited the hopes supporters had when Moshiri took control at Goodison back in February 2016.

Key to the Italian’s integration has been the retention of those who form the fabric of the club, and Unsworth admits he still has to remind himself of the calibre of coach currently in the dug-out.

“It’s a fabulous place to work at anyway, but when you’ve got a manager like Carlo Ancelotti, there are times when I’m still pinching myself talking to him and being stood alongside him.

“It’s brilliant that we’ve been able to recruit someone of his class, and when the club is doing as well as it is, everything’s a lot better when you’re winning games at first-team level and you’re sat at the top of the league. Suddenly, there are no problems and everything is a lot rosier in the garden and long may that continue.”

Unsworth has taken on a new role at USM Finch Farm this season as part of the club’s new player development structure that also includes Leighton Baines re-joining as professional development coach working with young first-team players as well as the U23s and U18s following his retirement.

While continuing as the U23s boss, Unsworth has also been named director of academy, which will enable him to bring all the age-group teams into one management structure to provide a clear pathway to the first team.

“I’m really enjoying it and it’s an opportunity to push performance at every single level,” Unsworth continued.

“When you’ve got someone like Marcel [Brands] driving it at the top alongside one of the world’s finest managers, to learn and work with them and to spread the message coming from Carlo and Marcel, it’s an exciting time. It’s a big job but I’m surrounded by top-class people and a top-class coach. It’s something we can all look forward to.

“A lot of academies strive for a working relationship with the head coach and want there to be a pathway all the way through to the first team where the knowledge of what’s expected from Premier League footballers is passed down to the younger age groups.

“My personal relationship with Marcel and Carlo is outstanding, while I’ve worked and played alongside Duncan [Ferguson] for a number of years.

“Now, it’s a case of us passing down our knowledge lower to all the coaches and staff in the academy in terms of what is required for a young player to come through the system.”

‘B teams would accelerate player development’

Many EFL clubs are financially reeling after the pandemic forced the closure of stadiums to fans in March while Arsene Wenger, in his role as FIFA’s chief of global football development, has told Sky Sports that 92 Football League clubs are “too many to survive” the current crisis.

Unsworth refused to be drawn to what he described as the political element of there being ‘B’ teams in the Football League, but he believes it would benefit his players featuring against experienced professionals on a weekly basis.

He said: “I’m a big believer in it, but I don’t come at it at any other angle other than that it helps produce young players and accelerates development in young players.

“My view has always been if we did have ‘B’ teams like they do across all the other major leagues in Europe, it makes my job easier in terms of accelerating the progress and development in young players.

EFL clubs voted against structural reform that would have facilitated Premier League “B” teams in its divisions back in 2016, but B teams have since been introduced to the EFL Trophy, while young players from the top tier can gain experience and development via the loan system.

Unsworth added: “When I watch Barcelona B, they’ve got top-class players who are still loaned out to maybe the next level under their major league, so our best young players will always still go to Championship teams. But it would help accelerate the learning and the development of all young players.

“That’s the only angle I would come at it from. I know there’s a lot of people against it, but that’s for other reasons. My view is purely from a development view and it would certainly accelerate the development of young Everton players which is my ultimate goal.”