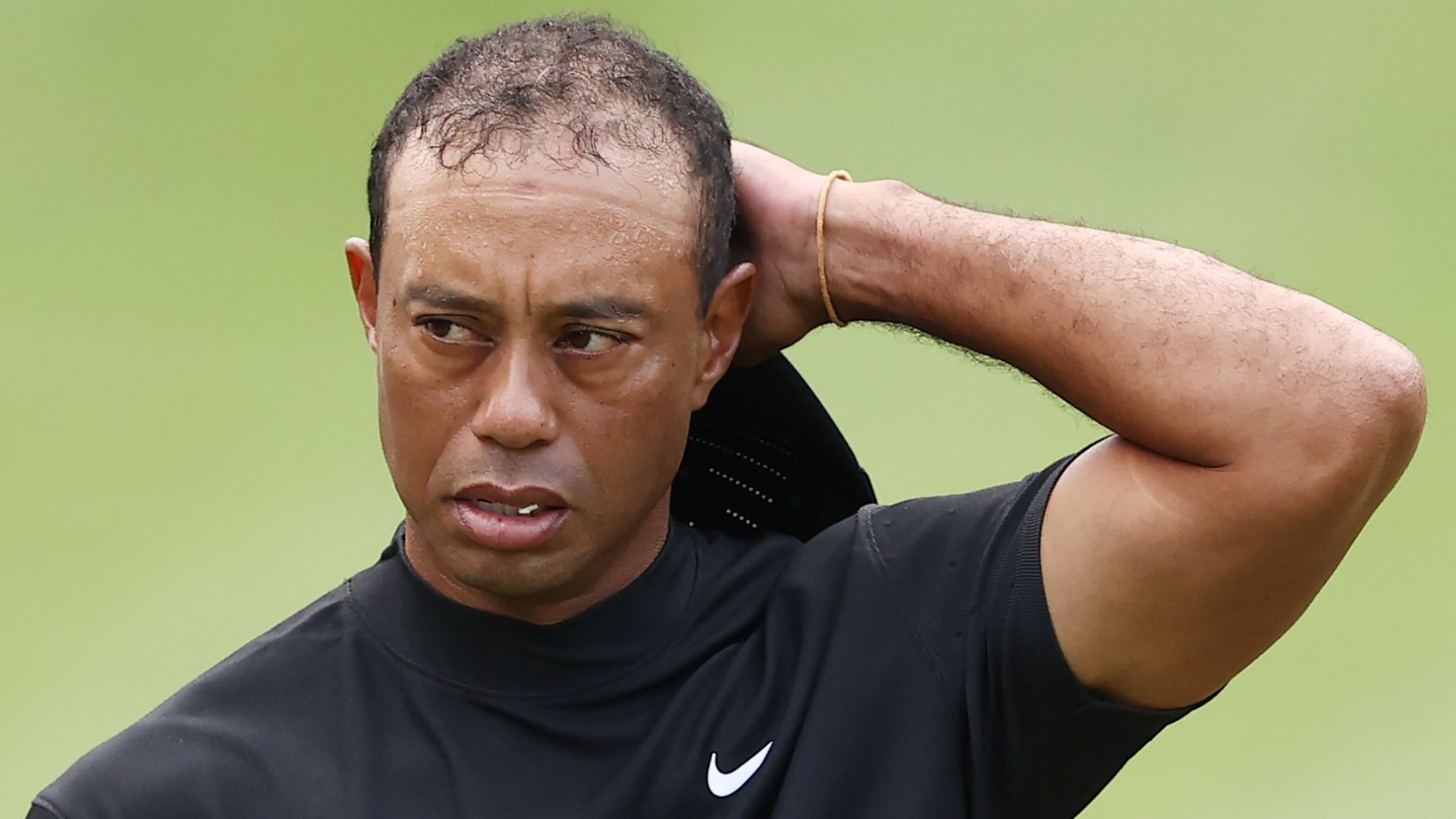 Tiger Woods’ bid for a history-making 83rd PGA Tour title got off a disappointing start as he struggled to an opening-round 76 at the Zozo Championship.

Woods, looking to defend his title after last year’s three-shot victory in Japan, struggled to an opening-round 76 on a low-scoring day at Sherwood Country Club in California.

The former world No 1 is a five-time winner at the venue, where he used to host the Hero World Challenge, although failed to replicate that success as he fell 12 strokes behind the early lead.

Beginning on the back nine, Woods opened with a par but had to play a shot left-handed at the par-five next after an errant tee shot finished behind a tree and with no clear shot.

Woods was forced to lay up out of the thick rough and holed a 10-footer to get away with just a bogey, only to double-bogey the par-five 13th after laying up and then failing to get up and down from a greenside bunker.

The 15-time major champion undid some of the damage by holing a birdie from nearly 90 feet at the next, before spraying his tee shot into water at the par-five 16th on his way to another bogey.

Woods failed to convert a birdie opportunity from inside ten feet at the first but picked up a shot from a similar distance at the par-five next, with the 44-year-old then unable to get up and down to save par at the fourth.

Another loose tee shot at the par-three eighth saw Woods register another bogey to slip four over for the day, before signing off a frustrating day by leaving a 15-foot birdie attempt at the ninth – his final hole – short of the target.