Shakur Stevenson has only been a professional since 2017, but he’s already won a world title at 126 and he’s eyeing another one soon at 130.

The 23-year-old Stevenson (14-0, 8 KOs) is confident that he will be a hot commodity in the sport for years to come.

“I just feel like I’m that dude, them dudes [Tank Davis, Jaron Ennis] are all good fighters and I think we’re all going to carry the generation as far as the Devin Haneys, Teofimo Lopez’s are concerned,” Stevenson told the Last Stand Podcast with Brian Custer on whether or not he’s the next best thing. “I think we’re all going to get better, better, and better. I just think that I’m going to be that one dude who’s the last one standing.” 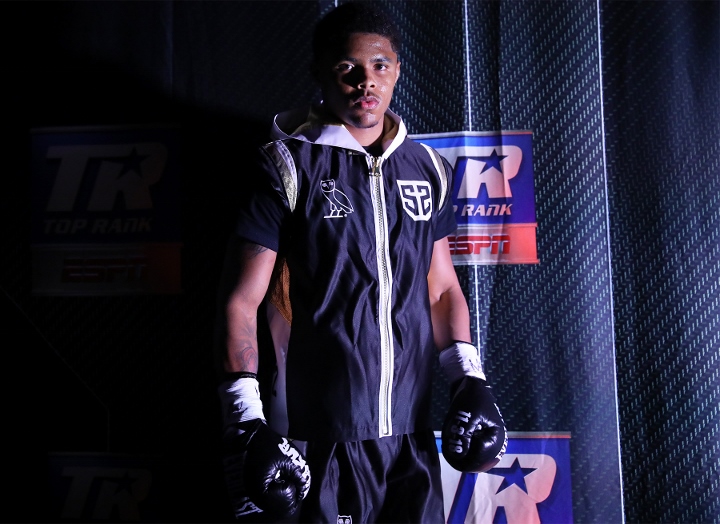 Stevenson is a 2016 Olympic silver medalist and he’s shaped up to prove in the professional ranks that he has the makings of being the real deal.

He won his first world title last year in a one-sided beating of Joet Gonzalez for the vacant WBO featherweight championship. Stevenson, however, never defended the crown and instead opted to move up and compete at 130.

“By January, it’s either we’re the very last resort or we got to fight, it’s all on [Herring] to make his decision on what he’s going to do,” said Stevenson. “I know I need a belt, and I think being a two-weight division world champ in 15 fights is amazing so I’m putting that in my brain, I’m more excited about that.”

In his last fight in June, Stevenson knocked out Felix Caraballo in the sixth round during his 130-pound debut.