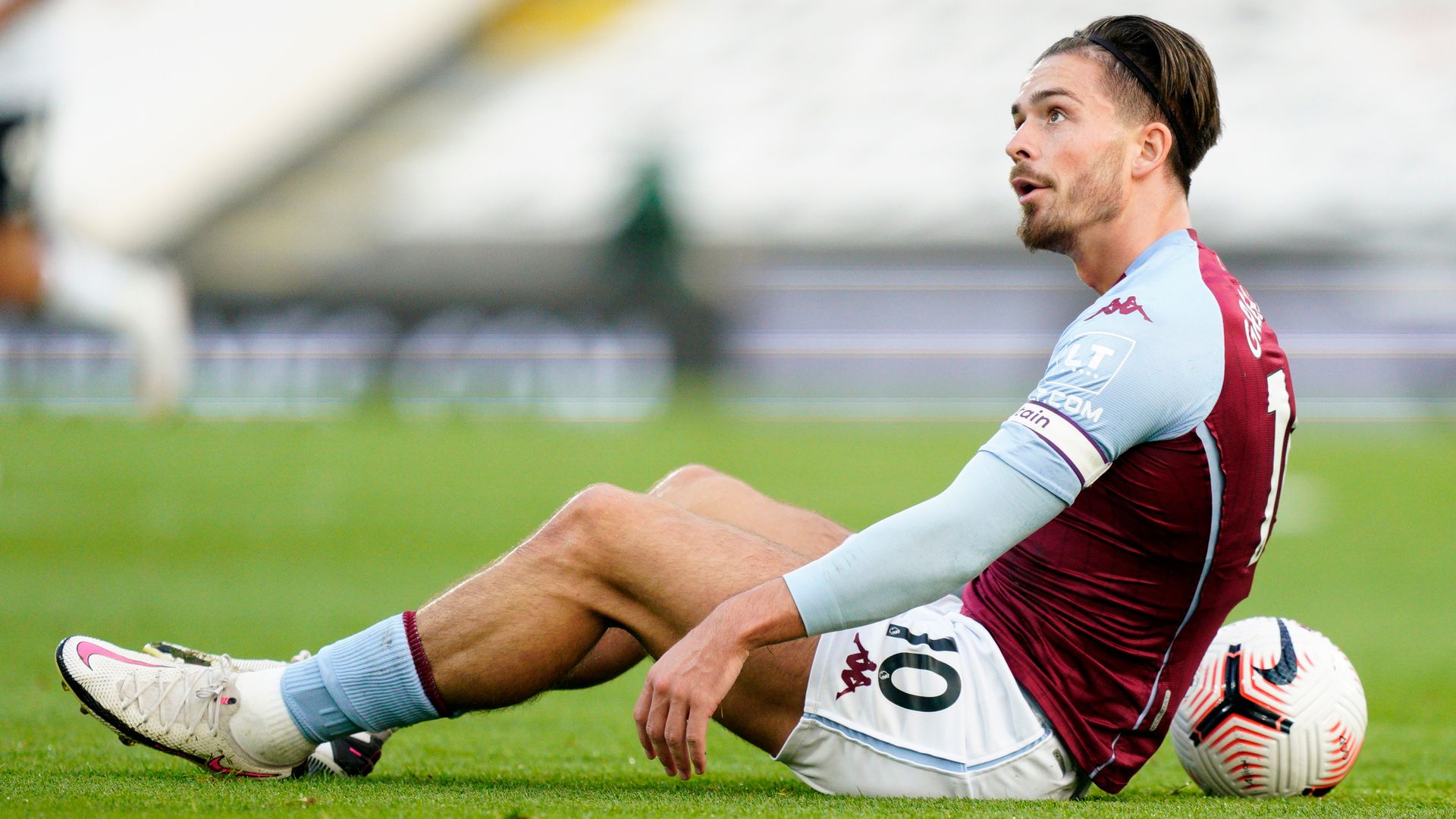 Our tipster Jones Knows is back with two bets for the weekend, as he foresees Luke Ayling’s aggressive style against Jack Grealish leading to cards.

The regular readers among you (hello Mummy) will have been undoubtedly having sleepless nights about my absence from the Sky Sports platforms. Those fretting need not to worry, a jackpot was hit my end. A jackpot more satisfying than any big betting triumph.

Grayson Lewis Jones sprung into this world in dramatic fashion on September 16. And my quest to beat the bookmakers has been on hold whilst I tackle the hefty challenge of fathering a newborn baby, who early observations suggest has the same lung capacity as N’Golo Kante. Like the midfield general, he just doesn’t stop. You think he’s all done. Then he goes again.

Thankfully, he now understands Daddy needs to get back to value hunting across the Premier League.

Remember comrades, whatever I tip, I back. We’re in this together…

Jack Grealish is a master of his trade. That trade being the art of winning free-kicks. He’s won 182 fouls since the start of last season – that’s 52 more than any other player. A fine piece of data.

But how do we profit from it? I’m always assessing his likely on-field match-up – who will be coming into contact with him? That player in question is ripe for getting the attention of the referee.

With Grealish firmly fixed to Villa’s left-hand side, where he can cut in, the opposition player in a defensive midfield role or the right-back is always worth a look in the cards market.

Usually, the bookmakers have this angle covered as those players are priced accordingly – but not this week.

The 7/2 on Leeds full-back Ayling is absolutely rife for a punt.

Ayling – like most of his teammates – plays in an aggressive style. Leeds have made more tackles than any club in the first five weeks of the season as Marcelo Bielsa has not changed his approach.

Ayling is at the forefront of their work without the ball, registering 19 tackles already this campaign, the third-most in the Premier League. He will go hunting Grealish for the ball back, no doubt. I’m hoping the Villa man’s trickery will cause one or two mistimed tackles from the Leeds full-back, who was cautioned last weekend against Wolves and picked up nine bookings in their promotion season in the Sky Bet Championship.

Put simply, the Sky Bet odds compilers have insulted Yerry Mina with the price on offer for him to score a headed goal, something he has already done this season. And as the chief of the ‘Yerry Mina appreciation society’ this offends me and also excites me in equal measure. At 18/1 the big Colombian is bound to give us a great run for our money on the south coast.

No team has scored more goals than Everton from corners and free-kicks this season (6) and no team has created more chances from such situations (12).

Michael Keane and Mina are big threats, especially Mina, who my regulars will know is one of the best in world football at attacking a high ball.

We have been down this Mina road before in Everton’s fixture with Watford last season, where with our money firmly invested in his chances at scoring first at 50/1, he instead didn’t fire first, but did manage to score twice in the fixture. Doh! Proving the theory correct that he was vastly overpriced, but left us short changed in the dosh stakes.

He owes us one.

What is Super 6 Extra?

There is, as with Super 6, a tiebreaker to split the winners if there is more than one on any occasion. This will be a possession slider, so you simply slide it to what you think the possession stat will be at the end of the game, and that could be the difference between coming away empty handed or with a sweet £5,000. Play here!