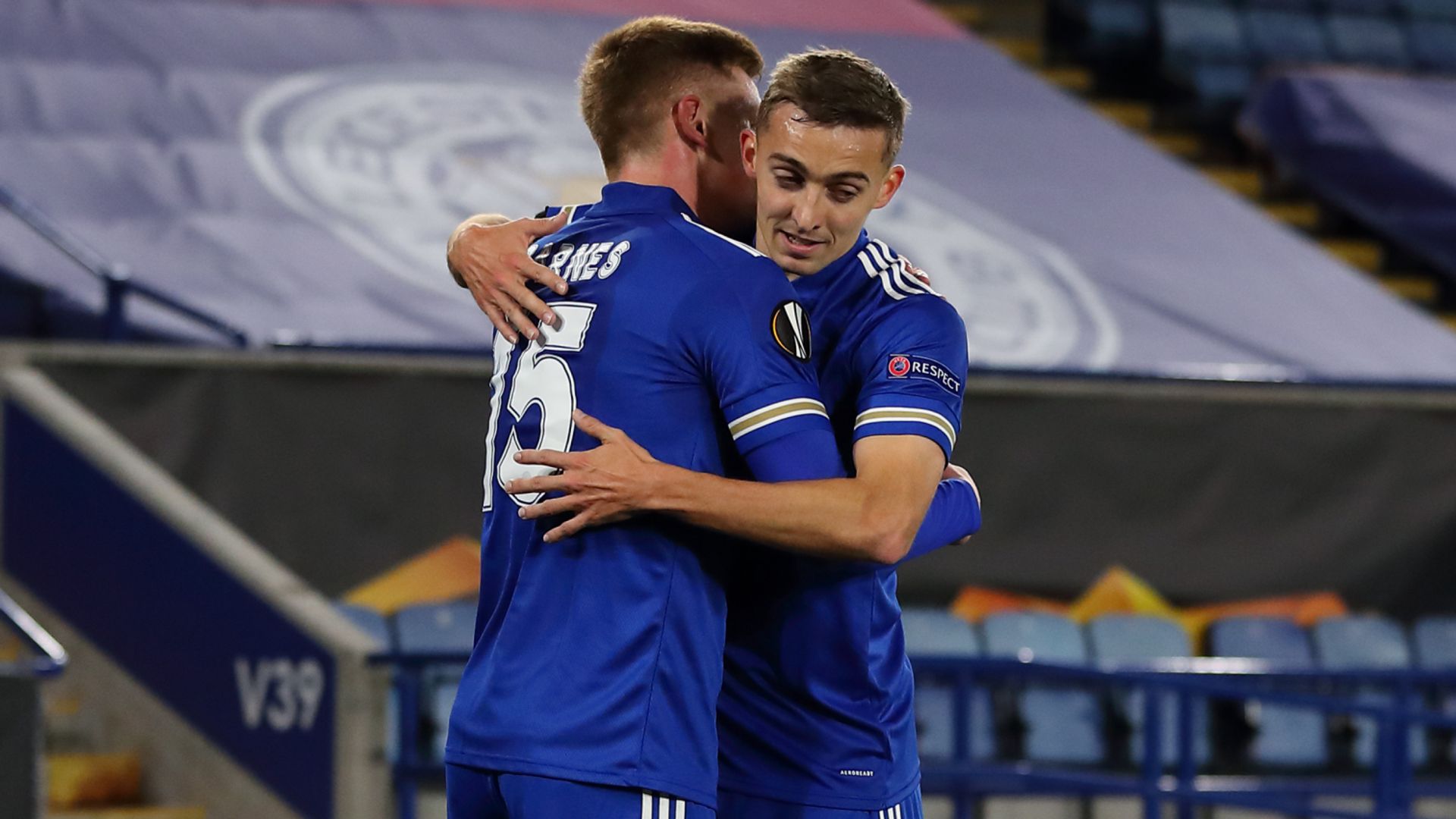 Leicester eased to a 3-0 victory over Ukraine’s Zorya Luhansk on their return to European action at the King Power Stadium.

James Maddison broke the deadlock (29) with a simple finish after Harvey Barnes’ shot struck the inside of the post before Barnes himself doubled Leicester’s lead with a cool finish on the stroke of half-time (45).

Brendan Rodgers’ men extended their lead when Kelechi Iheanacho pounced on a mistake by Dmitriy Ivanisenya to complete a comfortable night for the Foxes.

Leicester travel next to face AEK Athens, who were comprehensively beaten by Braga in the other fixture in Group G on Thursday.

Leicester travel to face Arsenal in the Premier League, live on Sky Sports Box Office on Sunday; kick-off is at 7.15pm. The Foxes return to Europa League action next week when they travel to face AEK Athens at 5.55pm on Thursday.

On the same night, Zorya Luhansk host Braga as the group stage continues.