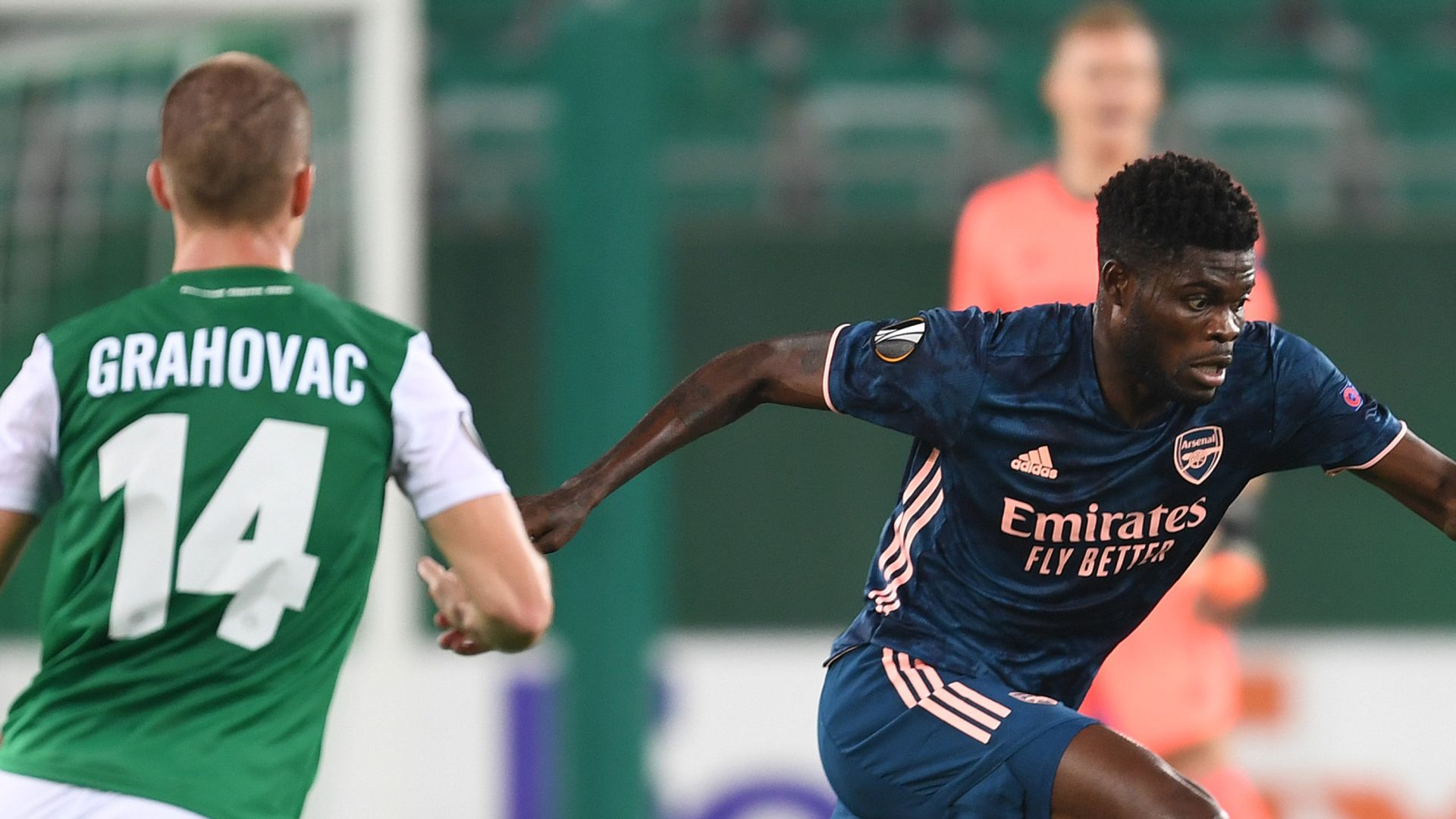 Mikel Arteta hailed Thomas Partey’s first Arsenal start as “brilliant” after his part in their 2-1 win over Rapid Vienna – but said there was more to come from the summer signing.

Partey put in a man-of-the-match performance for the Gunners in Austria, marshalling the visiting midfield in his first full 90 minutes for the club following his £40m move from Atletico Madrid on Transfer Deadline Day.

“He looked really solid, really comfortable, and I think he held the midfield by himself in the second half when we were a little bit more open and took more chances, attacking spaces with some players,” Arteta said after the game.

“I think he was fantastic tonight and there is much more to come from him obviously.

“He needs his team-mates around him, it’s not about him. With the price we paid for him and the profile of him, he’s going to have a lot of people looking at him every single game.

“But it’s about the structure we have as a team, the flow, the unity and cohesion we have in the team, and he’s one piece of that and hopefully a big piece.”

Goalkeeper Bernd Leno was left red-faced after conceding a sloppy opener six minutes after the interval when Ercan Kara blocked his attempted clearance, teeing up Taxiarchis Fountas to slot into an empty net – but Arteta was keen to take responsibility for his desire to play out from the back.

“We knew it was going to be a difficult match, and made it harder in the beginning with some of the decisions we made and the goal we conceded,” he added.

“If anything, it’s my fault because I demand we do these things, but in the second half we understood much better the spaces we have to attack, we played with more purpose, generated much more even though we conceded a late chance with another misunderstanding at the back.

“But in general, we scored two good goals, the second was fantastic, and are delighted to start the group stage with victory.

“It’s a part of our game, we need to understand when we should do it and when we should kick the ball to the stand, which is a big part of what we are trying to do but recognise that. He has the courage to do it, we’ve been very successful at doing it with the amount of goals we have scored in important games, we have to find the right balance but I will keep encouraging them to do it in the right moments.”