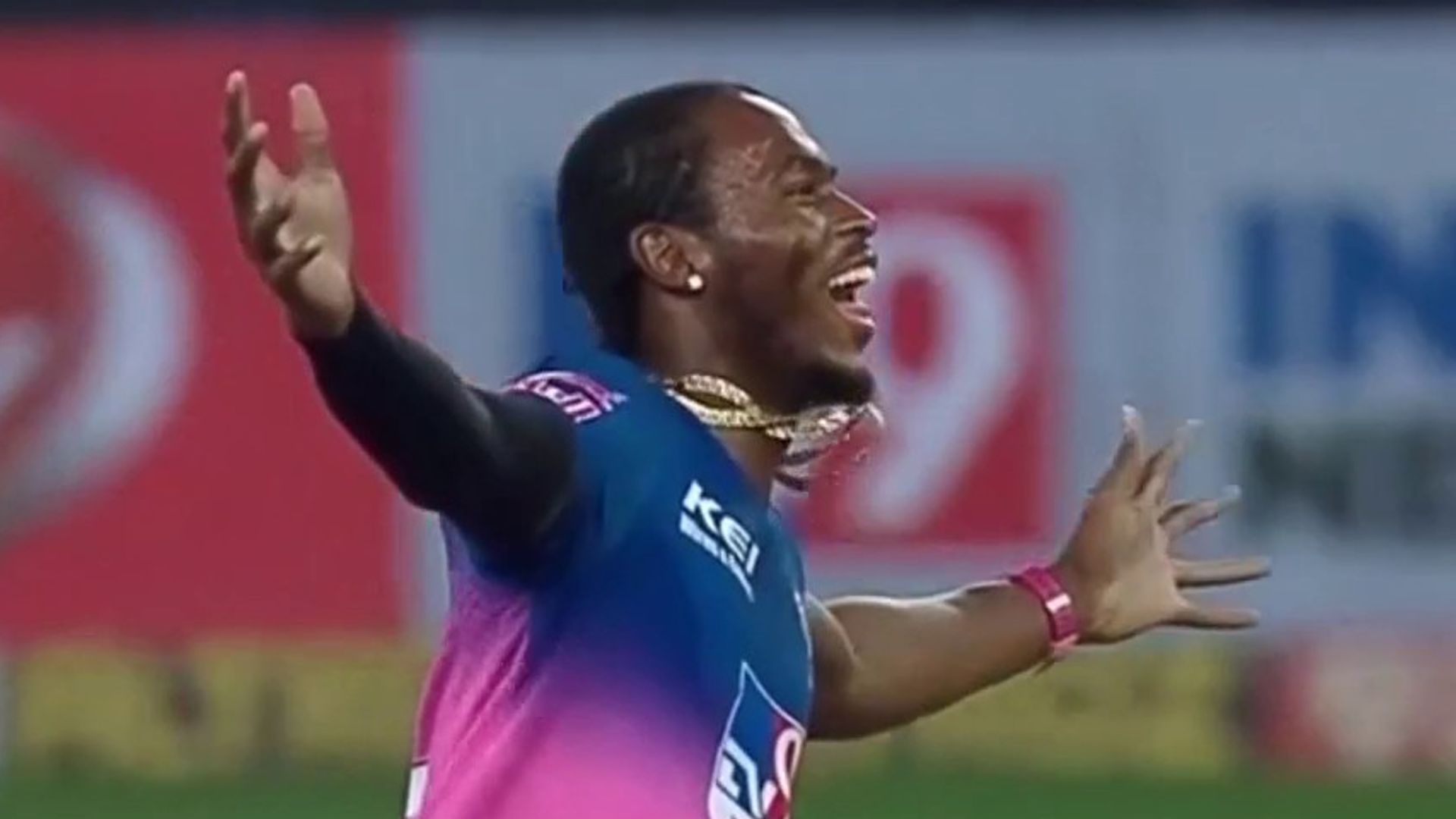 Jofra Archer scorched Sunrisers Hyderabad’s top-order only for Manish Pandey’s 83no off 47 balls to condemn Rajasthan Royals to an eight-wicket defeat.

Archer (2-21) knocked over David Warner and Jonny Bairstow in a potent opening spell of 2-5 to reduce Sunrisers to 16-2 after his 16no off seven balls had helped spur Royals to 154-6, in Dubai.

But the England paceman – now the third highest-wicket taker in the competition with 15 – ended up on the losing side as Pandey plundered his 18th IPL fifty, putting on an unbroken stand of 140 off 97 deliveries for the third wicket with Vijay Shankar (52no).

The result ended a three-game losing streak for Sunrisers, who move level with Rajasthan on eight points to keep their slender play-off hopes alive.

Unchanged Royals were earlier put into bat and scraped past the 150-mark as Jason Holder, brought in for the injured Kane Williamson, returned 3-33.

Ben Stokes (30 off 32) struggled to find his timing from the off and played second fiddle to Robin Uthappa (19) in the early exchanges, coming within a whisker of being run out on two as Rashid Khan’s throw fizzed past the stumps.

A pulled four off and ramp just past wicketkeeper Bairstow off Holder brought Stokes his first boundaries only for the West Indian to gain a measure of revenge by running Uthappa off his own bowling with a sharp turn and throw.

Otherwise Stokes continued to cut something of a frustrated figure and received a life on 16 when Shankar had two grabs at a miscue at deep point, only to shell the chance and deny Rashid a wicket in his opening over.

Sanju Samson’s strokeplay was more fluent and he swung Holder away over midwicket for the second six of the innings in the 12th over only to be bowled next ball by an off-cutter as he backed away.

Jos Buttler joined Stokes at 86-2 but the England pair were not together at the crease long as Rashid ran a leg-break into Stokes’ pads, the ball deflecting into the all-rounder’s castle – Sunrisers picking up two wickets in four balls to reduce Rajasthan to 86-3.

The leg-spinner finished another impressive spell with figures of 1-20 to leave Royals on 105-3 off 15 overs and in need of some fireworks from Buttler, only for the wicketkeeper to slice Shankar to backward point.

Instead it fell to teenager Riyan Parag (20 off 12) to try and give the innings some late momentum alongside Steve Smith (19); when Holder picked them off both in the 19th over, Archer (16no) dragged the total past 150 in the final over with a last-ball six.

Jofra Archer has hit a six every 5.4 balls he’s faced in #IPL2020 – that’s the best record of anyone in the tournament who’s hit at least five. #RRvSRH

Archer remained centre stage as he found Warner’s edge with his third delivery, the ball flying over first slip for four, before the Australian nicked the next to Stokes’ left at second slip.

Bairstow’s response was to punch his first ball, from Ankit Rajpoot, through the covers to the rope and a top-edge brought him six over the ‘keeper’s head in the same over.

Battle was then joined between the two England players but it lasted just one ball as Archer nipped a 92mph delivery back through Bairstow’s gate to knock over middle.

Pandey met fire with fire, belting Stokes for two sixes in three balls and repeating the dose in the next over from Kartik Tyagi – Sunrisers reaching 58-2 at the end of the powerplay, eclipsing their opponents’ 47-1.

A fifth maximum hurried Pandey on to his half-century off 28 balls time and Shankar accelerated with back-to-back boundaries through the covers off Shreyas Gopal, whose third over cost 15.

That convinced Smith to bring Archer back for his remaining overs but the Australian not only failed to get the breakthrough he desired but saw Shankar cream three successive fours off the fast bowler.

With too few runs to play with, Royals had no answer to Pandey’s precision and destructive intent – finishing with eight sixes to his name – and Shankar ended a contest that had long been over by belting Tyagi to reach his fifty off 51 balls.

Our live coverage of the Dream11 IPL continues on Sky Sports Cricket on Friday at 2.50pm with Chennai against Mumbai, with our new IPL show following straight after at 7pm, with special guests Jonny Bairstow and Shane Warne.