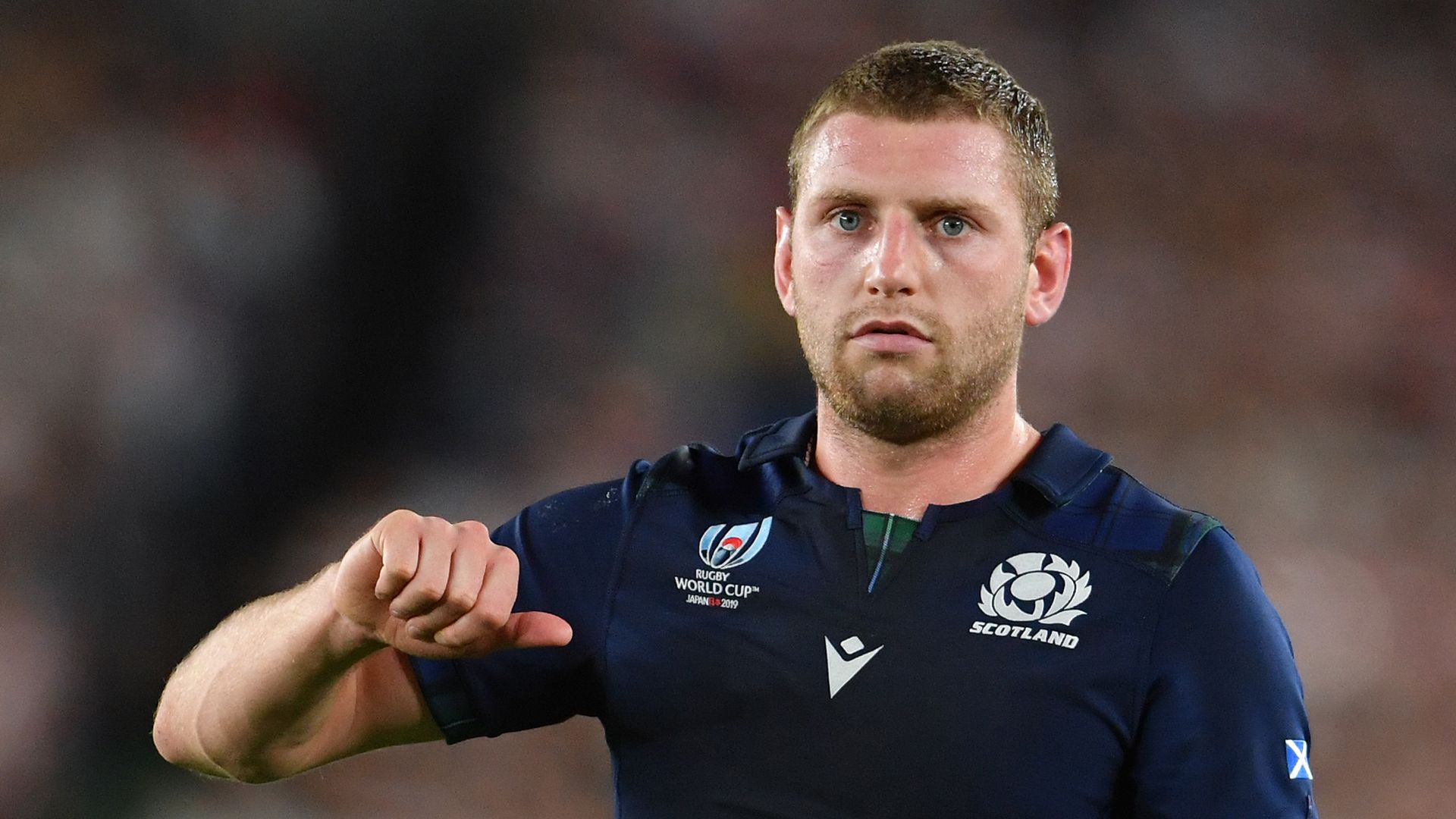 Glasgow Warriors hooker Fraser Brown will captain his country for the first time, winning his 51st cap, while Edinburgh winger Duhan van der Merwe starts and will make his debut for Scotland, as will Glasgow Warriors prop Oli Kebble, who is among the replacements

Finn Russell is set to make his first Scotland appearance since the World Cup when Gregor Townsend’s team take on Georgia at Murrayfield on Friday night.

The Racing 92 player did not feature at all during this year’s Guinness Six Nations before it was put on hold by the coronavirus crisis, after breaching team discipline with a late-night drinking session ahead of their opener with Ireland.

He later gave a newspaper interview in which he detailed the breakdown in his relationship with head coach Townsend but the pair have patched up their differences.

Glasgow Warriors provide the half-back pairing of Ali Price and Adam Hastings who partnered during the 2020 Guinness Six Nations, with Russell poised to win his 50th Scotland cap as a replacement, following his Heineken Champions Cup Final appearance last Saturday.

Glasgow Warriors hooker Fraser Brown will captain his country for the first time, winning his 51st cap, while Edinburgh winger Duhan van der Merwe starts and will make his debut for Scotland, as will Glasgow Warriors prop Oli Kebble, who is among the replacements.

The team features some returning faces with Glasgow Warrior Matt Fagerson making his first start since facing the Georgians at home in Tblisi in August 2019 and Harlequins’ James Lang lining up at inside centre to win his third cap, having last featured in the 2018 summer tour, playing against Canada and Argentina.

Lang lines up alongside Gloucester’s Chris Harris in the centres and the starting XV is completed with an all Edinburgh back three of Darcy Graham and Van der Merwe on the wings and Blair Kinghorn at full-back.

“As we start our autumn series the game against Georgia provides a real test as a first-up match and we have taken the opportunity to select a side that reflects where our players are in terms of their game time this season, their current form, as well as the contributions they made during the Six Nations at the start of the year.

“It is a testament to the professionalism and hard work Fraser has given to Scotland in recent years that we have selected him as the captain and he will be well supported by (vice-captains) Jamie (Ritchie) and Ali (Price), who have grown as leaders over the past couple of seasons.

“Georgia have a new coaching group in place and will want to put down a marker for their own campaign so we have picked as strong a squad as possible to go up against what will be a very physical and motivated opponent.”