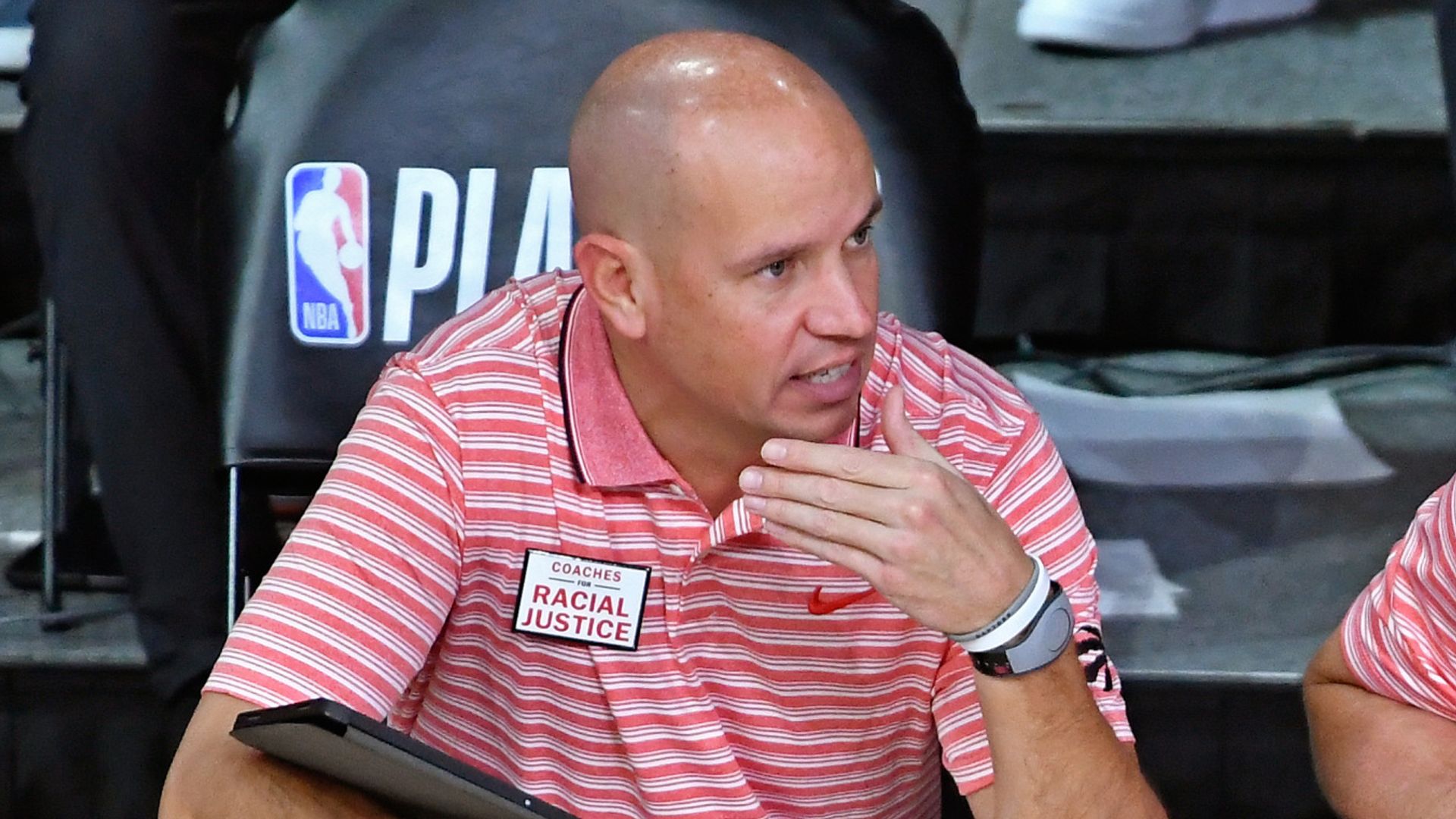 Indiana wanted their next coach to take the franchise in a new direction.

The Pacers were seeking someone who could communicate with today’s players, who was open to a new offensive philosophy, and who could win some postseason games.

OFFICIAL: We have hired Nate Bjorkgren as our new head coach. Bjorkgren most recently served as an assistant on the Toronto Raptors, who won the NBA Championship during the 2018-19 season. Welcome to Indiana, Coach Bjorkgren!

“Nate is the right coach for us at the right time,” Pritchard said in a statement released by the team. “He comes from a winning background, has experienced championship success, is innovative and his communication skills along with his positivity are tremendous.”

Terms were not immediately available, though several reports said the 45-year-old Bjorkgren agreed to a multi-year deal.

He comes to Indiana after spending two seasons as an assistant on Nick Nurse’s staff in Toronto. There, Bjorkgren helped the Raptors capture their first NBA championship in 2018-19 and was part of a team that earned the Eastern Conference’s No 2 seed each of the past two seasons.

He also won a G-League title while working for Nurse in 2010-11 with the Iowa Energy.

Though this will be Bjorkgren’s first head coaching job in the NBA, he went 126-74 in four seasons as a G-League head coach with the Dakota Wizards, Santa Cruz Warriors, Energy and Bakersfield Jam.

Bjorkgren is expected to be introduced on Wednesday on a Zoom call.

“This is something I have prepared for during my career,” Bjorkgren said in a statement, thanking those involved in the selection process. “I also want to thank Nick Nurse for giving me my first professional coaching job 14 years ago. I am looking forward to working with this great team to achieve our goal as NBA champions.”

Just winning some postseason games would be a start.

Despite making five straight playoff appearances, the Pacers haven’t won a series since defeating Washington 4-2 in the 2014 Eastern Conference semi-finals. Since then, Indy are 8-20 in the playoffs and have endured three first-round sweeps the past four seasons – the franchise’s only four-game sweeps since joining the NBA in 1976.

Two-time All-Star Victor Oladipo returned in January after missing 12 months while rehabbing from a torn quad tendon in his right knee. Following the season’s stoppage and restart, Oladipo worried about re-injuring his knee, announced he wouldn’t return to the court in Florida before changing his mind.

Since the Pacers’ elimination in August, speculation has centered on Oladipo’s future and whether he would remain in Indianapolis if he becomes a free agent after next season. If not, some believe he could be traded, potentially leading to a major roster overhaul.

Bjorkgren replaces Nate McMillan, who was fired on August 26 just two weeks after agreeing to a contract extension through the 2021-22 season. In four seasons with Indiana, McMillan went 183-136, producing the fourth-highest victory total in franchise history. But he was just 3-16 in the postseason.

Bjorkgren, an Iowa native who played college basketball at South Dakota, left the G-League in 2015 to join the Phoenix as player development coordinator. He spent two seasons on the Suns staff before rejoining Nurse in Toronto.

“We all look forward to a long, successful partnership in helping the Pacers move forward,” Pritchard said.