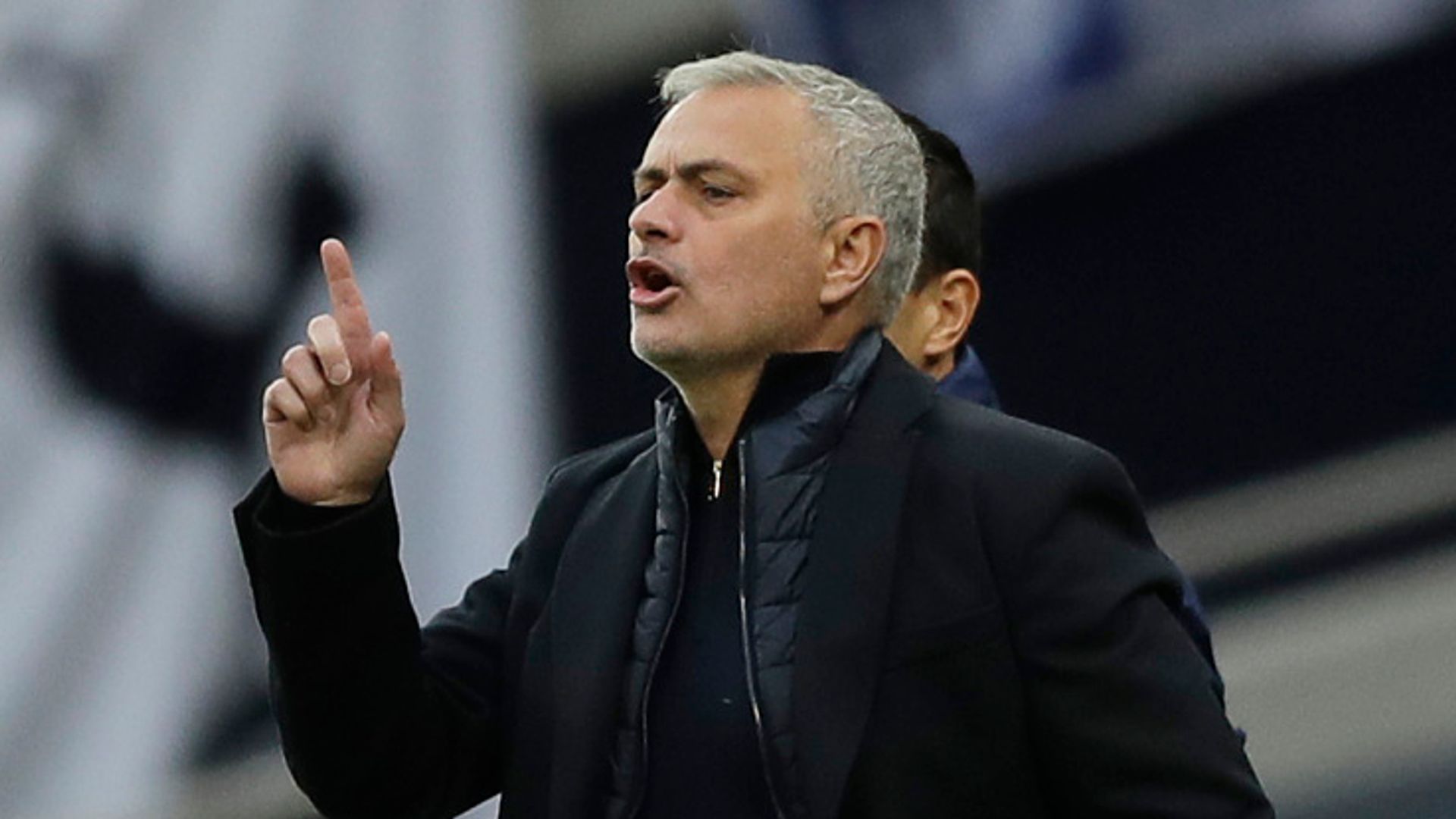 Jose Mourinho refused to give his thoughts on the proposed European Premier League, insisting he will “leave it” for Tottenham chairman Daniel Levy.

Sky News has learned Liverpool and Manchester United have held discussions about a bombshell plot involving Europe’s biggest football clubs to join a new FIFA-backed tournament that would reshape the sport’s global landscape.

More than a dozen teams from England, France, Germany, Italy and Spain are in negotiations about becoming founder members of the competition – with Spurs, part of the Premier League’s ‘big six’ clubs, included in those conversations.

However, the proposals have been met with fierce opposition, with Sky Sports pundit Gary Neville describing them as “obscene” while UEFA “strongly opposes” the plans, believing the new-look tournament would become boring.

Liverpool’s Jurgen Klopp said he had “no time” to discuss the European Premier League when asked on Tuesday, while Tottenham counterpart Mourinho was equally coy ahead of Spurs’ opening Europa League group stage clash against LASK.

“I leave it for Mr Levy,” Mourinho said when asked for his thoughts on the European Premier League and instead turned his attentions to the Europa League – which he has won twice as a manager – with Porto and Manchester United.

“In this moment, we are playing Europa League. We are going to try [to win it]. It is the third time I have played this competition and the other two times I won it. So the record is great, I have never been knocked out.

“Of course, I lost a few matches and we know it is difficult. The group stage is tricky, then you go to the knockouts, then teams coming from the Champions League – which in my opinion is very unfair.

“It’s a long competition, for now we will focus on the points we need to qualify from the group stage.”

British clubs recently named their final squads for the group stages of the 2020/21 Champions League and Europa League campaigns, with Spurs deciding to leave out Danny Rose, who spent time on loan at Newcastle last term.

Rose, 30, failed to secure a move away from the club before the closure of the summer transfer window and has also been left out of Spurs’ Premier League squad.

“Danny is not a part of our squad,” Mourinho added. “Danny wanted very, very much to leave in last season’s January window. Why? Because he wanted to play, and play and play. He went to Newcastle.

“He has a desire to always be a first choice, he was thinking about the national team and Euros. I always thought that our future would be Ben Davies and Ryan Sessegnon.

“But then we signed Sergio Reguilon. And that was also good for Ryan as it gave him the possibility to leave [on loan to Hoffenheim] and to play in Germany.”

European football’s governing body takes a predictably dim view of any proposals that threaten its flagship club competition, the Champions League, and Aleksander Ceferin has previously warned that any new super league will become “boring”.

FIFA declined to comment on the Sky News report but has pointedly referred to “topics which come up every now and then”. In other words, it cannot deny that the issue has been under discussion but nothing more substantive at this stage. Tellingly, FIFA has not denied it supports these new proposals.

But if this new league is to kick off as early as 2022, in an already-disrupted World Cup year, there would have to be considerable hurdles to overcome.

UEFA has a format, and lucrative TV contracts, in place until 2024 and companies have paid big money for the rights to broadcast games involving Europe’s top clubs.

A ‘European Premier League’ would also have a considerable impact on the value of the Premier League too. What if finishing in the top four no longer matters? What would happen to the compelling drama if European participation was guaranteed to only a select number of clubs, regardless of where they finish?

UEFA controls the Champions League, Europa League, Nations League and European Championship. Would players who compete in this new competition have to give up their right to play in the Euros, for example? It’s possible.

Why would UEFA want to endorse any player which goes against its other competitions? The Football Association, which grants European licences to its clubs, holds the key to almost every domestic issue but it has declined to comment.

It would be a considerable surprise if this becomes a reality, in its current form, but it will generate further debate and focus minds in the corridors of power.

The timing of leaks, as always, is significant and UEFA has yet to decide its Champions League format from 2024. Talk of a £4 billion investment plan, at a time of a global pandemic, with some smaller clubs in crisis, will not sit comfortably with many in the game.