Lomachenko will not be able to train until the early part of 2021.

Last Saturday night at the MGM Grand’s Conference Center, Lomachenko suffered his second career defeat when he dropped a twelve round unanimous decision to Teofimo Lopez. 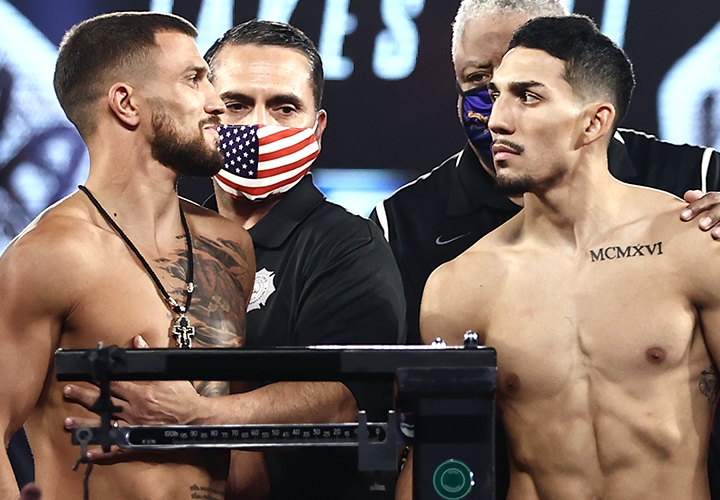 According to Lomachenko’s manager, Egis Klimas, the boxer had pain in the right shoulder area as soon as he arrived from the Ukraine.

About six weeks out, Lomachenko was given an injection to eliminate the pain.

Weeks later, the pain returned and Lomachenko was given another injection.

Klimas explains that Lomachenko’s injury was more or less kept quiet to avoid the perception that his fighter was looking to make excuses.

There was no rematch clause in the bout agreement, and Lopez has rejected the idea of facing Lomachenko for a second time.

While there has been talk of Lomachenko moving back to super featherweight to pursue other avenues – Klimas indicates that his boxer is very much interested in securing the opportunity to regain his world titles.

Klimas is hoping that Lopez and his handlers come back to the table.

“If it’s possible, we would like to have the rematch,” Klimas said. “If they are so tough … are they willing to come back and do that?”