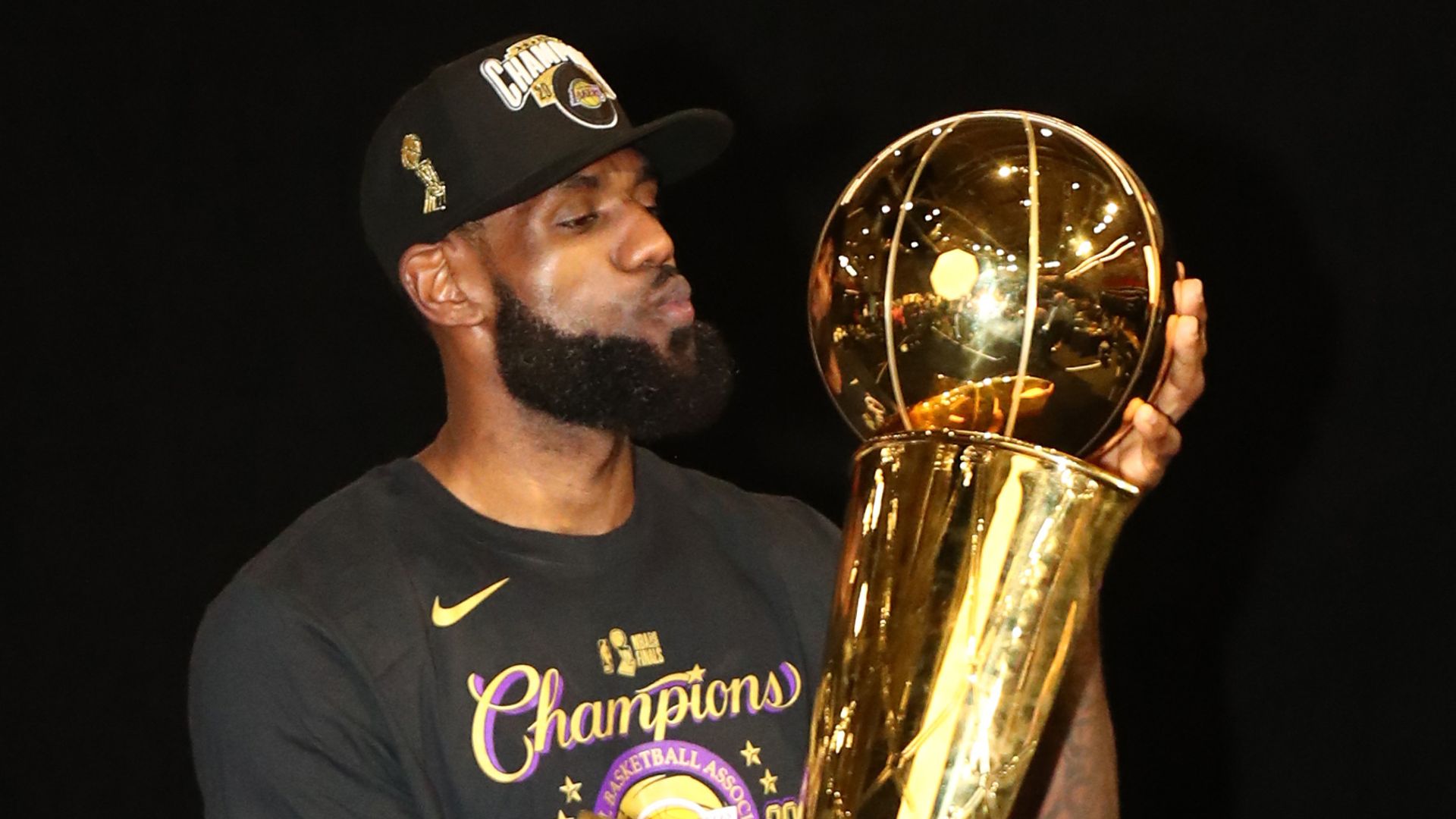 Do the Los Angeles Lakers have what it takes to go back to back and win the NBA title next season? Mo Mooncey says the defending champions are only going to get stronger.

Powered by twin superstars LeBron James and Anthony Davis, the Lakers defeated the Miami Heat 4-2 in the NBA Finals to claim their 17th championship, their first since 2010.

Speaking on a special end-of-season edition of Heatcheck, Sky Sports’ NBA debate show, Mo Mooncey said the dual threat of James and Davis, plus the availability of new players in free agency, puts the Lakers in a strong position to repeat their success next season.

“As reigning champions, the Lakers have all the momentum. They also have two players in their starting five – LeBron James and Anthony Davis – who are first-team All-NBA players. When you have those two pillars performing, two guys in the MVP conversation, that is going to be pretty hard to stop,” he said.

“Then look at the guys the Lakers can potentially add (this offseason). Danilo Gallinari has said he doesn’t care about his contract and wants to come out (to LA) and get a ring. Goran Dragic and Serge Ibaka are free agents. DeMarcus Cousins is now healthy. Spencer Dinwiddie is looking to make a move away from Brooklyn. There are rumours that the Lakers are going to trade for Chris Paul or Derrick Rose.

“This Lakers team is only going to get stronger. I don’t see any way they get worse. Often we see teams not repeating (championship wins) because key players retire or leave. But with the Lakers, I don’t see any key pieces moving on. I see them getting better and better.”

Fellow Heatcheck regular Ovie Soko noted the Lakers won’t be the only Western Conference heavyweights looking to improve their roster during the offseason.

“I don’t doubt the Lakers’ ability to perform and they are a deep team with the right pieces. However, offseason trades still have to go through and there will still be a lot of (player) movement around the league,” he said. “The Warriors are going to be a different team next year. The Clippers, I would hope, are going to be hungry next year. The Dallas Mavericks are a dangerous team.

“The Western Conference is a minefield. Right now, to say the Lakers will come through the West and win back-to-back titles, I can’t say that. (Winning) the second championship is always tougher than the first.”

Three-time NBA champion BJ Armstrong believes the Lakers face ‘unique problems’ in the aftermath of their title triumph, most notably because of the uncertainty surrounding the 2020-21 NBA season and the potential effects on player movement, the salary cap and team revenue.

“The thing that concerns me about the Lakers repeating as champions is, ‘who is the core unit for this team?’ They clearly have two elite players – James and Davis. Any time you add pieces to a core unit, you need time for the pieces to come together,” he said.

“The Lakers were counting on Kyle Kuzma all year to be their third scorer and that really didn’t happen. Give the Lakers credit, they still found a way to win. They figured it out, whether it was Rajon Rondo, Kentavious Caldwell-Pope or other guys (stepping up). They kind of ‘piece-mealed’ it together.

“I think the rest of the league is going to pluck off at least two guys from this Lakers team. Someone will give Rondo what all veteran players are looking for, a one-year deal at a high number. Dwight Howard has finally played himself into a position where he is going to be in demand. I don’t think Rondo or Howard will be back with the Lakers next season.

“The Lakers will have to figure out how to replace them. Do they trade people like Kuzma and get a piece in? Everyone is talking about Chris Paul. He is making over $40m a season. To get that trade, you’d have to deplete your entire roster to acquire him.

“This is not going to be as easy as people say. (With regard to players willing to come to the Lakers to ‘chase a ring’) let me say this as an agent, players want that money first. If they can’t get it, then you’ll hear the spin of, ‘oh, I came here for the ring’.

“This offseason is going to present some unique problems. As we speak today, we don’t know what the salary cap (will be). We don’t know how teams will be constructed. We don’t even know how many regular-season games will be played. There is a lot of uncertainty going around with the players, executives and teams. What is the NBA going to look like next year? We don’t even know, financially, if fans are even going to be in the building.

“Give the Lakers credit. They were able to become champions. They navigated the bubble and the stalled season. Next season is going to present some different problems. I think teams that are already together, like Denver, and don’t have to make a lot of changes will have an advantage. We’ll see how it plays out.

“The Lakers know they have to improve in a lot of areas. They are probably going to lose some players, either in free agency or because they have to make a trade. You can’t continue to ask LeBron James (to carry the team). At some point, he is going to have to slow down. You can’t keep asking him to do this over and over again.”