Pedraza, who battled to a convincing decision victory over Mikkel LesPierre on July 2, returned to Las Vegas in style, putting together his most significant junior welterweight victory in impressive style. California’s Molina entered the bout on the back of a five-bout winning streak, a career-reviving run that included the aforementioned victory over Amir Imam back in February. Iman had been previously tipped to contest for a world title prior to the Molina defeat. 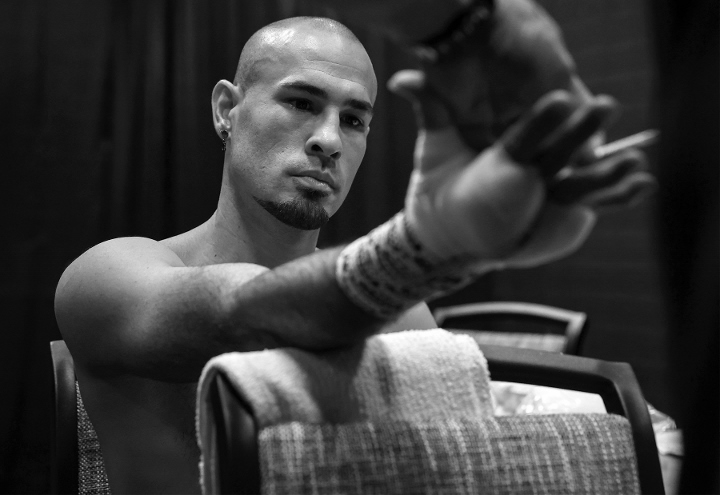 The bout contested in Top Rank’s ‘Bubble’ in Las Vegas saw the effectiveness of switch hitting, as Pedraza put on a technical showcase, hurt Molina in the seventh round and widened the gap as the bout reached its conclusion.

Pedraza, who has previously held the IBO and IBF Junior Lightweight titles and WBO Lightweight title, has won two successive bouts in 2020 since dropping a decision to two-time world title challenger Jose Zepeda last September in his junior welterweight debut.

After the scorecards were announced, which saw Pedraza notch up a unanimous decision victory, the Puerto Rican opened up regarding the fight and his future.

He said, “They do name me the ‘Sniper,’ and that means I have to be patient, and when my moment comes, I have to take advantage of it. That’s what I did tonight because I was able to wear him down, break him down and make him fight my fight. It was the experience that I’ve had at the top level that helped me finally put it together. I’ve had the experience, I’ve had the talent, and it’s just on a night like this that I’m happy I could put it all together.

“I do believe I’m ready for a world title opportunity. Whoever it happens to be between Josh Taylor and Jose Ramirez, I want the winner of that fight. If for some reason I can’t get a world title shot against them, I do want to respectfully ask Jose Zepeda for the rematch.”