White is currently in Yas Island in Abu Dhabi promoting Saturday’s UFC 254 showdown between Khabib Nurmagomedov and Justin Gaethje for the lightweight title, but he took time to talk about his long-anticipated entry into the ring by way of Zuffa Boxing.

“I would say that COVID was a blessing for Zuffa Boxing. So I’m working on a fight right now that I’ll be announcing soon. I will be putting on a fight here soon in boxing,” White told Farah Hannoun in an interview with UFC Arabia. “We’ll see how this thing goes. I’m just dipping my toe into the water. I’m not diving into this head first. I think that I have a cool concept, and I’m going to give it a shot … This is a fight I’ve been wanting to do. I’m excited about doing this, and I’m going to play with it to see how it works out.” 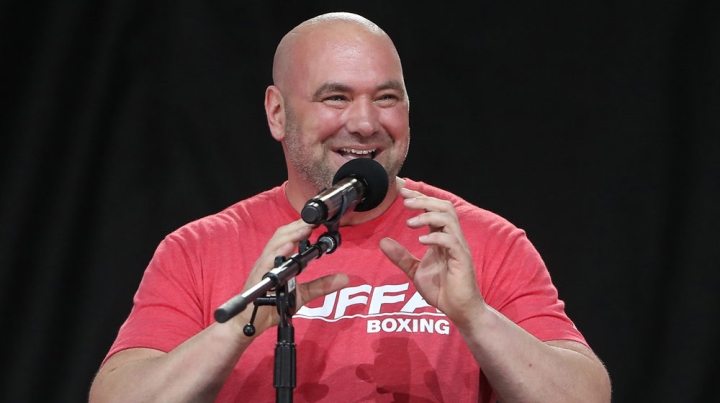 White said that he will be pitting boxers against one another, and not crossover fights, like when former UFC champion Conor McGregor unsuccessfully challenged Fighter of the Decade Floyd Mayweather Jr. in 2017, or when James Toney was submitted by Randy Couture in 2010 in the UFC cage.

White continued to say that the boxing model is “broken” and the “whole thing needs to be changed. I honestly don’t know if it’s fixable,” reemphasizing similar statements he’s made in the past.

The executive largely responsible for shaping MMA into the mainstream spectrum has been wanting to take a swing at the sweet science for quite some time, but White has expressed his qualms many times along the way.

At the beginning of the pandemic in March, when all sports were on hiatus, White todl Kevin Iole of Yahoo! Sports why he had cold feet in boxing, just months after expressing he was forming a partnership with Mayweather Jr.

“I hate speaking negatively about the sport of boxing,” White said, “other than the fact that it’s a mess – we all know it’s a mess – and that it needs to be fixed, if it can be fixed. I told you guys that I would have a press conference last October and announce all these things, but as I dove into this thing and started to look into the sport of boxing, the economics of boxing, that sport’s a mess. It’s a mess and it’s in big trouble. I don’t know. I don’t know if it can be fixed.”

White surely had boxing on the backburner in recent months because he had to scramble and salvage his company’s live events business.

By September, with the UFC successfully back up and running, White switched his stance, further proving his sentiment that the pandemic was indeed a north star for his vision into boxing.

“The world of boxing hasn’t been able to do what I’ve been able to do [in MMA] over the last 20 years,” White told BT Sport. “If they can’t do things when the world is normal, you can’t expect them to do things when the world is crazy. I peeked under the hood a lot there for the last year. Looked at different things and I said, ‘I don’t know man, I don’t know if this is fixable.’ Funny enough, since the pandemic I’ve been looking at other options too. When it’s time, I’ll let you know.”