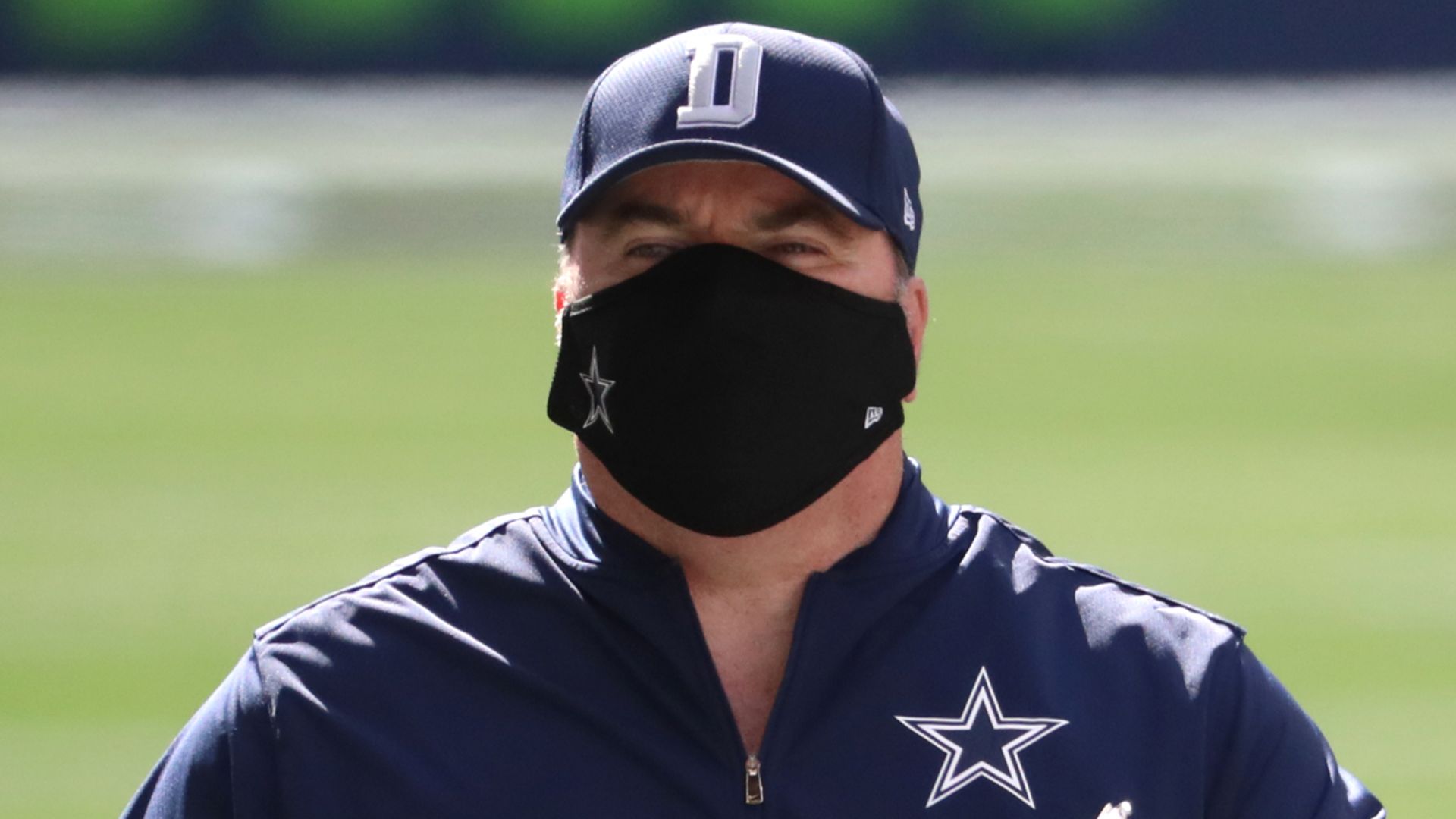 Dallas Cowboys head coach Mike McCarthy has said it is important for his team to “handle things as men” in the wake of rumours that his players are unhappy with the coaching staff.

NFL Network‘s Jane Slater reported on Tuesday that one Cowboys player had told her that McCarthy’s staff were “totally unprepared. They don’t teach. They don’t have any sense of adjusting on the fly”. Another player said: “They just aren’t good at their jobs.”

Addressing those reports, following on from a disastrous 38-10 loss to the Arizona Cardinals on Monday night that dropped his team to 2-4 on the season, McCarthy said his door is open and his preferred approach would be players talking directly to him.

“I haven’t been part of any of those type of discussions,” McCarthy said of the reports of player unrest. “I think like a lot of things, when you hit a part of your season or any challenge where there is negativity out there, where it comes from and who it comes from, that is something I’ve never chased.

“I think you do have to recognise it and I just really go back to my first meeting with the football team. I’ve always stated this to every team that I’ve coached. I think it’s important to handle things as men.

“If you do have something to say publicly that is of most importance, I think it’s important to say it to the individual.

“Particularly in a group dynamic, especially in the game of football, especially for the Dallas Cowboys. That’s all part of the development of our program, of the system we’re installing here.”

Although the Cowboys are in first place in a dire NFC East division at 2-4, owning an offence that is No 1 in the NFL in yards and fourth in total points, they crucially lead the league with 15 turnovers and their defence have allowed an NFL-high 218 points – 26 more than anyone else.

McCarthy expressed conviction in his staff’s ability to reverse course, however.

“I have great confidence in the men that I work with,” McCarthy said. “This is something that we work on every single day.

“We understand that there still has been a learning curve for all of us involved. I’ll just say it as buzz words, but we need to coach better.

“When you are working hard on one specific part of your game and it hasn’t shown up on Sunday, I have to continue to find a way to teach and demand our ball security challenge. It’s not reflective of the type of football team we’re gonna be.”

McCarthy was also asked if a more drastic shake-up – perhaps a coaching change on offence or defence – could help towards a team turnaround.

“I have to keep my finger on the pulse of the football team,” he said. “I think we need to keep our eye on the target and that’s about having a healthy game plan to go win the game in Washington [on Sunday] and just continue to develop our programme and just stay committed to our system.”

Reacting to the news of unrest in Dallas on Good Morning Football (weekdays at midday, Sky Sports NFL), Peter Schrager said it is important that this point in the season now serve as “rock bottom” for the Cowboys.

“Go in there and talk one-on-one with these players and find out why this isn’t working. That’s what coaching is,” Schrager said.

“This is where you make the money, not just drawing up the Xs and Os. What are you going to do?

“The Cowboys right now have the worst defence in the league by a large margin. And they also lead the league in turnovers in offence.

“This has to be rock bottom. They’re 2-4, they’re still in first place and the playoffs are still a possibility, but use this week to connect with the players and find a way deep inside – because, truthfully, that effort on Monday night, I’m not sure it was all there.”

The Miami Dolphins are naming Tua Tagovailoa as their starting quarterback, according to ESPN reporter Adam Schefter.

Ryan Fitzpatrick, who has led the Dolphins to back-to-back wins in the last two weeks and a 3-3 record on the season, will now be the back-up QB.

Tua, the No 5 overall pick in the 2020 NFL Draft, relieved Fitzpatrick late on in Miami’s 24-0 win over the New York Jets on Sunday, completing his first NFL pass.

The timing of the Dolphins’ move is likely due to the fact they now head into their bye week, giving Tua two weeks to prepare for his first NFL start, against the Los Angeles Rams on Sunday, November 1.

The NFL’s leading rusher through six weeks of the 2020 season, Tennessee Titans running back Derrick Henry, is “really special”, according to former NFL coach Rob Ryan.

Henry had a monster 212-yard day in Tennessee’s 42-36 win over the Houston Texans on Sunday, which included two touchdowns – a stunning 94-yarder and the game-winner in overtime. The 2019 rushing leader now has 588 yards through the Titans’ first five games of the season to again sit atop the NFL.

“King Henry is an absolute beast,” Ryan said on NFL Overtime (Tuesdays, 9pm, Sky Sports NFL). “It’s amazing what he does for that team.

“He will dent your helmet. If you come in there the wrong way, he will run you over and hurt you, or just outrun you.

“It’s so impressive. This guy is really special – and he is getting better. He needs to get a Patrick Mahomes-style contract, given how good he is.”