Vasiliy Lomachenko’s second career loss Saturday night to the hands of Teofimo Lopez has caused both emotional and physical pain.

Lomachenko underwent right shoulder surgery Monday to repair his labrum less than 48 hours after dropping a unanimous decision and his WBO, WBA and WBC Franchise titles to Lopez in Las Vegas, a source informed of the surgery told BoxingScene.com on Tuesday.

The shoulder procedure was performed by Dr. Neal ElAttrache in Los Angeles. 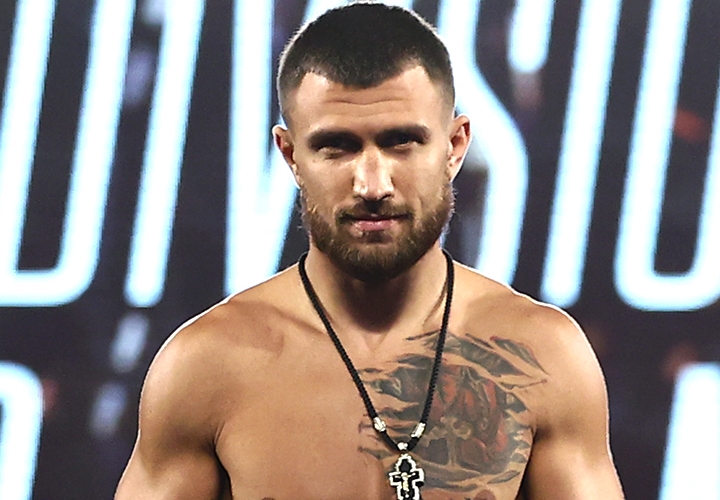 The source told BoxingScene.com that Lomachenko experienced discomfort in his shoulder during training camp and was even administered a shot to alleviate the pain heading into the fight. Lomachenko first dislocated his right shoulder in May 2018 while fighting Jorge Linares.

It’s believed Lomachenko’s latest procedure is not as severe as the original one, and the former Ukrainian pound-for-pound frontrunner should be ready to train again by February.

Heading into the Lopez fight Saturday, Lomachenko (14-2, 10 KOs) never publicly complained of discomfort in his shoulder, and the Nevada State Athletic Commission did not report any findings that caused concern for Lomachenko’s health.

“We operated on him last night and he had what we call a hemorrhagic thickened bursitis. That’s the tissue that lubricates and cushions the rotator cuff, which is where we had treated him and injected him before the fight. On the inside of the shoulder where he had previously dislocated the shoulder, he had chipped the cartilage on the inside of the socket. That was right next to the [previous] repair so I did a small touch-up of the repair so I could cover up the bare cartilage in the front of the shoulder.”

Lomachenko’s ailment might be part of the reason why the two-time Ukrainian Olympics gold medalist was timid to throw punches during the first seven rounds of the fight — rounds of which Lopez (16-0, 12 KOs) easily banked by showing he was the more active and superior boxer.

Lomachenko kicked the fight into second gear in the final five rounds and won rounds 8 through 11 on BoxingScene.com’s scorecard, but eventually dropped the decision, as judges Tim Cheatham (116-112), Julie Lederman (119-109) and Steve Weisfeld (117-111) all had it for Lopez.

In his post-fight interview with ESPN’s Mark Kriegel, Lomachenko did not complain of any pain in his shoulder.

Lomachenko did not participate in the post-fight press conference to further offer insight into the fight and has not made any public statements ever since.

Dr. ElAttrache is a respected orthopedic surgeon to many top athletes. He was once a boxer in college, and he previously repaired Lomachenko’s right shoulder in 2018 by reattaching ligaments.