Wilder has been unusually quiet for several months, without any statements or interviews conducted.

Wilder was in the ring back in February, when he suffered his first career defeat at the hands of Tyson Fury, who secured a seventh round stoppage to capture the WBC heavyweight title at the MGM Grand in Las Vegas. 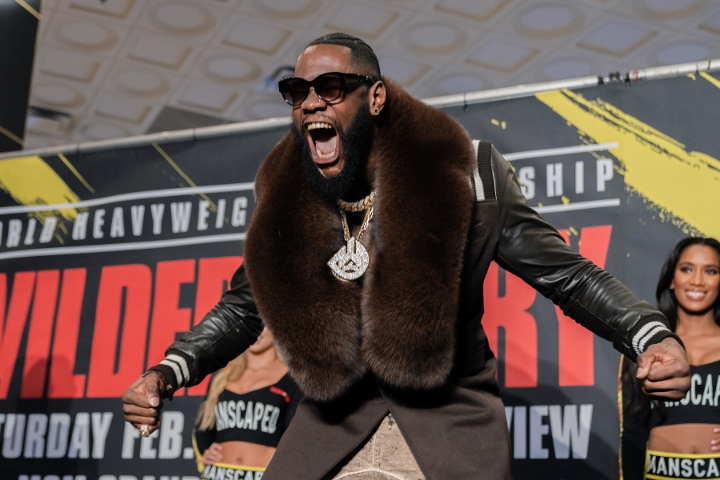 Wilder had a few interviews in the aftermath of the loss, but then went radio silent.

He exercised an immediate rematch clause to face Fury for a third time, but the trilogy was pushed back several times due to the coronavirus pandemic.

Fury recently made it clear that he was tired of waiting for the trilogy to get finalized and fully intends to make a voluntary defense on December 5.

Joshua, who is preparing for a fight against Kubrat Pulev at The O2 on December 12, can relate to Wilder’s silence.

After Joshua suffered a shock defeat at the hands of Andy Ruiz in June 2019, he became very distant from the limelight.

“I don’t know, so I can’t speak on everyone’s situation, but just from my humble opinion, after a loss, things change,” Joshua told Sky Sports News.

“You distance yourself. The world is cruel. You’ve got to have a thick skin. Either he’s putting together a master plan – he’s in a lab right now, with his science glasses on, studying Fury’s every move. Either he’s doing that, or he’s sitting at the edge of that lake, with his head in his hands and thinking, ‘What’s going on?’ One minute you’re on top of the world, and the next minute you’re not. That’s the name of the game we’re in.

“It’s interesting as to say, ‘Why he hasn’t spoken?’ But when he does speak, we’ll soon find out. For me to make speculation as to why he hasn’t spoken, I can’t because only he knows. But I can’t wait for him to address the reason why the fight isn’t going to happen at the end of the year. What happened in the first fight? Why he lost.

“Was it the costume, was it the glove situation? It would be really good to hear the reasons as to why and even better, I hope he does come back, because he’s a great asset to the heavyweight division, and like the Dillian situation, I would like to understand how he found the strength to pull himself up.”