Former unified cruiserweight world champion Murat Gassiev (26-1, 19 KOs) is set to make his long-awaited ring return and heavyweight debut on Oct. 31 when he faces Albania’s Nuri Seferi (41-9, 23 KOs) at the WOW Arena in the resort district of Krasnaya Polyana, Russia. Ahead of his return, Gassiev has announced that his promotional partnership with Warriors Boxing and Ural Boxing Promotions has officially ended, making him one of the most sought after free agents in the sport.

“My contract with the present promoters has come to an end. I’m not going to renew the agreement, because they haven’t performed in good faith with it,” stated Gassiev. “I haven’t been getting fights. I’m presently obtaining a license in Russia, and I’m getting ready for my fight on October 31 in Sochi.” 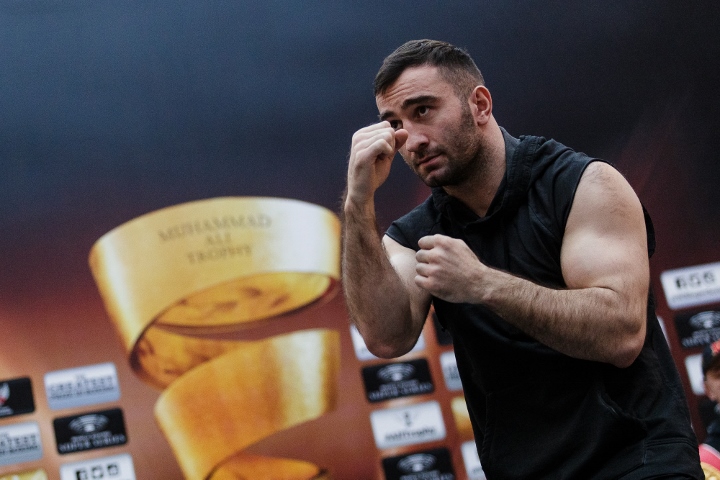 The 27-year-old Russian was originally scheduled to face longtime heavyweight contender Kevin Johnson on Oct. 31 but the fight fell apart due to passport issues. Albania’s Sefer Seferi stepped in but tested positive for Covid-19 just over two weeks before the fight. Now, Gassiev will take on Sefer Seferi’s brother Nuri who held the WBO European cruiserweight title for many years before moving to the heavyweight ranks.

In 2016, Gassiev ended fellow countryman Denis Lebedev’s five-year run as world cruiserweight champion when he captured the IBF title via split decision. Two years later, he unified titles when he bested a then-undefeated Yuniel Dorticos for his WBA crown in the semi-finals of the World Boxing Super Series first cruiserweight tournament. In July 2018, Gassiev lost the WBSS Final via unanimous decision to Ukraine’s Oleksandr Usyk in the first-ever, four-belt undisputed cruiserweight fight. Since suffering his first career defeat to Usyk, the 27-year-old has been sidelined with a shoulder injury that required surgery in 2018.

“My shoulder is feeling good now,” said Gassiev. “Everything went well with the surgery and healing. I feel very comfortable in my new weight category. I’m excited to now be a part of a competitive heavyweight division.”

On the same day that Gassiev faces Seferi, Usyk will make his second appearance as a heavyweight when he faces former title contender Dereck Chisora in England. Avenging his only loss to Usyk could be among Gassiev’s options as he seeks out new promotional partners and the biggest fights.

“My only priority right now is my heavyweight debut on Oct. 31,” said Gassiev. “The Usyk-Chisora fight will be very interesting for all boxing fans. We will see who is the stronger man when they get in the ring.”