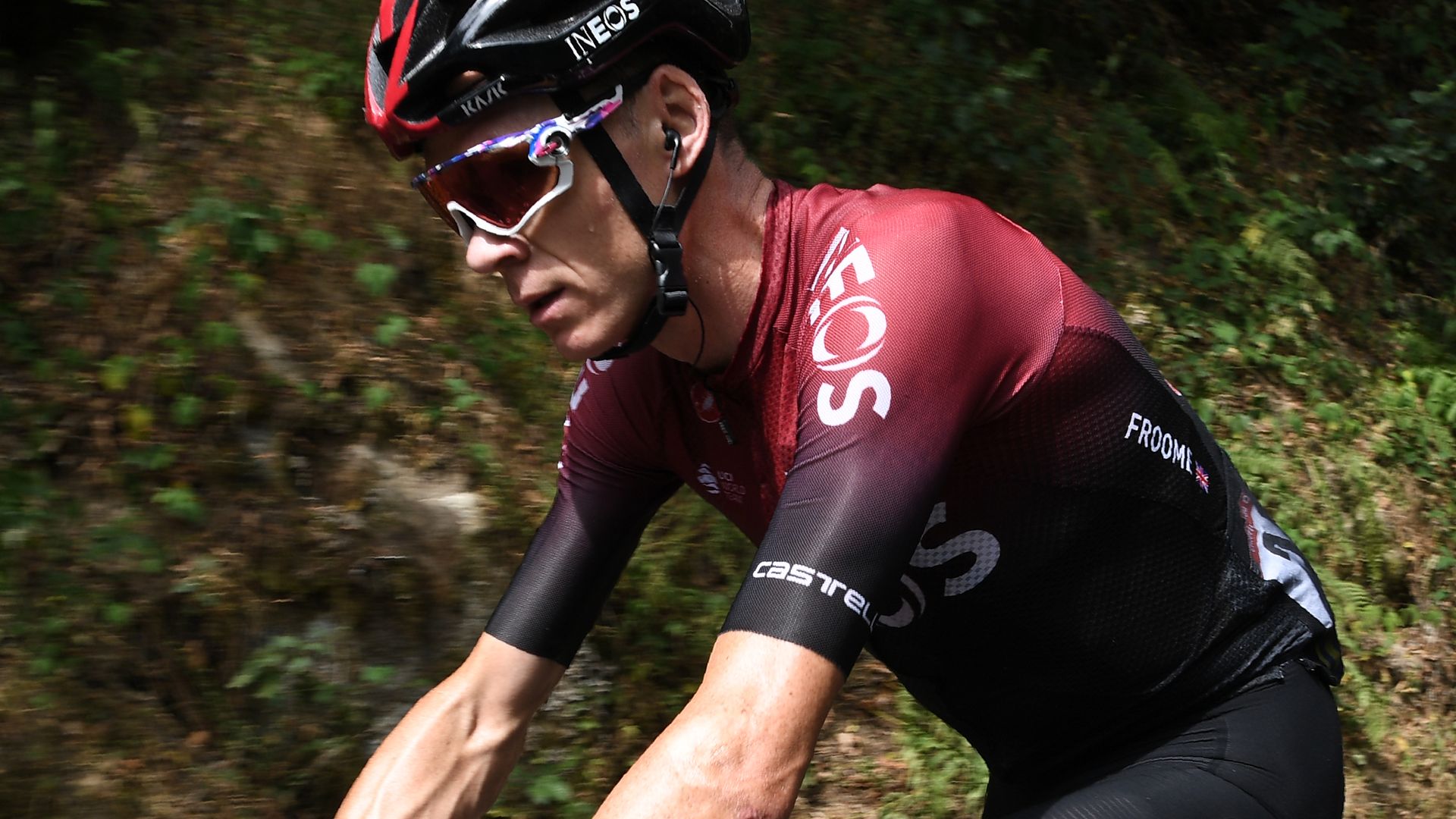 Chris Froome immediately dropped out of contention at the Vuelta a Espana after a tough opening stage won by Tour de France runner-up, Primoz Roglic.

Froome, riding his final race for the Ineos Grenadiers, said on Monday he was unsure of his form coming into the Vuelta but got swift confirmation he was not in shape to contend for an eighth Grand Tour title as he was distanced on the first serious ramps of this 18-day race.

The 35-year-old lost the wheels late on the 173km stage from Irun to the Alto de Arrate above Eibar as the full impact of the career-threatening crash he suffered some 16 months ago was given another brutal illustration.

Ironically, it was an injection of pace from Froome’s own team – working for Richard Carapaz – that did for the two-time Vuelta winner as he dropped out of the back of the peloton on the climb of the Alto de Elgeta, still 18km from home.

That left little hope Froome could get back on the more challenging final climb of the Arrate, and he ended the day having conceded 11 minutes.

Froome said afterwards he will now ride in support of Carapaz, who took second on the stage.

“I got a bit caught out coming into the penultimate climb, I started pretty far back and got stuck behind a crash at the bottom,” he said.

“The sensations are good. I still miss a little bit of that top end from not having raced much but it’s definitely an improvement and I hope to keep building throughout the race.”

Instead the day belonged to Roglic, the defending champion who is desperate to make up for his disappointment at the Tour de France, where he lost the yellow jersey to fellow Slovenian Tadej Pogacar on the penultimate day last month.

An attack from Roglic’s Jumbo-Visma team-mate Sepp Kuss inside the final five kilometres made a decisive split, with the likes of Carapaz, Dan Martin and Hugh Carthy following but Tom Dumoulin and Alejandro Valverde among those left behind.

After they crested the climb EF Education First’s Carthy struck out for glory on the short descent to the finish but could not distance his rivals and it was Roglic that made the winning move as they passed under the flamme rouge.

“It’s nice to win,” Roglic said. “I’m really happy. The team showed again that they’re all really strong. They worked perfectly through the whole stage and in the end I was able to win so it’s a beautiful start.

“It’s a strange season so I’ll just enjoy the leader’s jersey, starting from tomorrow, and the fact that we’re racing, hopefully it will be fun to watch at home.”

With bonus seconds applied, Roglic takes a five-second lead over Carapaz and Martin third, a further two seconds back, while Carthy sits seventh with a 14-second deficit.

LAST CHANCE To Land The £1m!

You read correctly. The £1m Super 6 jackpot is up for grabs for one last time this weekend. Play for free, entries by 3pm Saturday.