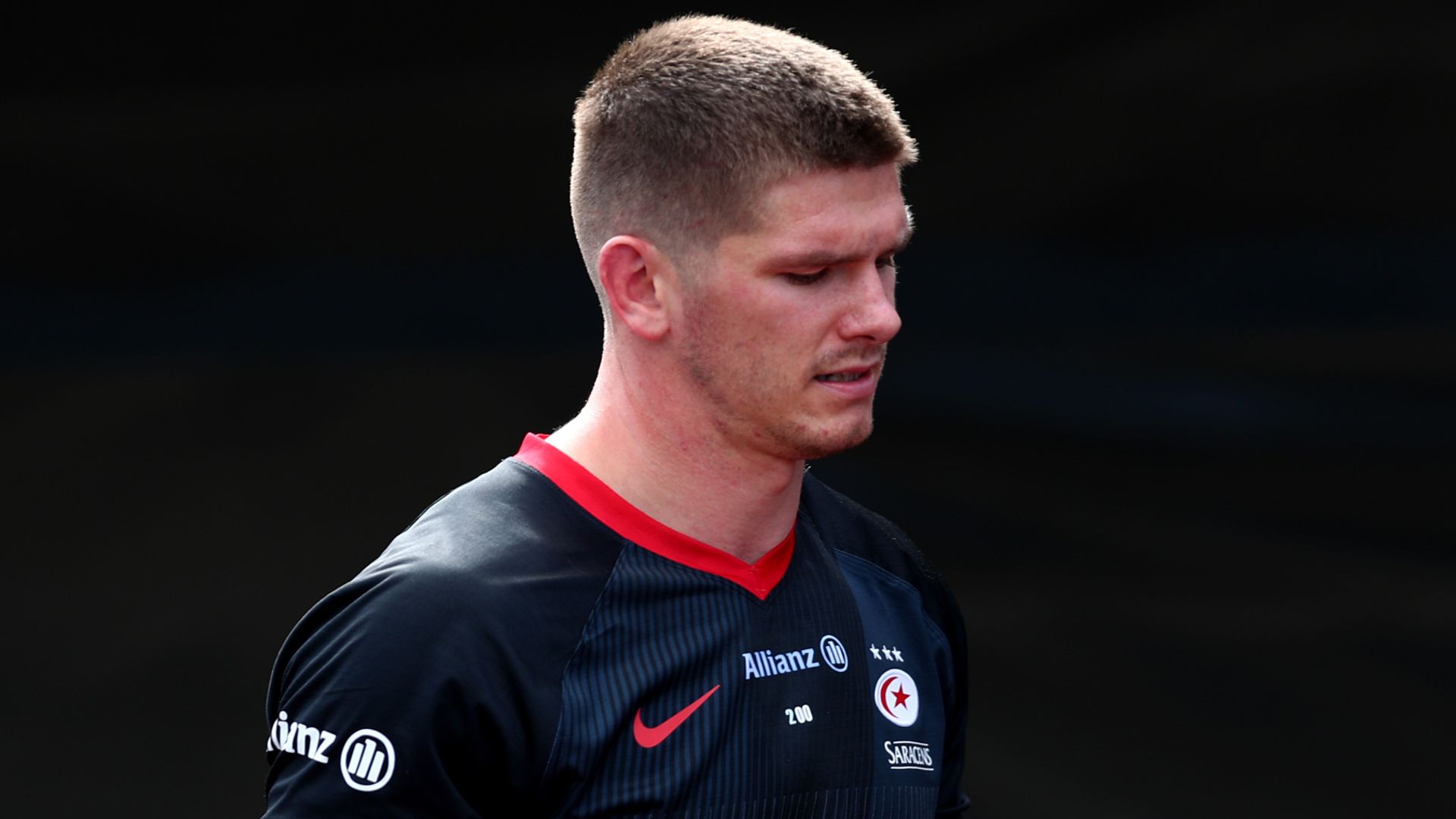 Watch Quilter Cup clash between England and Barbarians, live on Sky Sports Arena or Sky Sports Mix from 1pm on Sunday; England will face the Barbarians without players from Gallagher Premiership finalists Exeter and Wasps

Owen Farrell is undertaking additional tackling practice as England’s captain prepares for his first match since serving a five-week suspension for a dangerous challenge.

Farrell was sent off for knocking Wasps’ Charlie Atkinson unconscious with a high hit last month and as a result of the ensuing ban, the 29-year-old missed Saracens’ Champions Cup quarter and semi-finals.

It underlined a recurring concern over his technique that first emerged during the 2018 autumn campaign, although until Atkinson was concussed he had escaped punishment.

With Eddie Jones poised to field a strong team to face the Barbarians knowing the Six Nations title will be on the line in Rome six days later, Farrell could be in action for the first time since September 5 at Twickenham on Sunday.

“Owen’s always working on his tackle technique,” head coach Jones said. “I went to the gym this (Tuesday) morning and I was walking through before we were going to catch up and he was there doing some extra work with (head of strength and conditioning) Jon Clarke.

“That’s a constant work-on for not only Owen, but a lot of our players. The laws of the high tackle have become increasingly tighter, which is for the welfare of the players and all of our players are conscious of their responsibility.”

England will face the Barbarians without players from Gallagher Premiership finalists Exeter and Wasps, plus Bristol who are on standby in the event Wasps are forced to withdraw because of an outbreak of coronavirus.

When the Chiefs and Bears contingent do enter camp on Monday in advance of the Six Nations finale against Italy, they will so as holders of the Champions and Challenge Cups following an English clean sweep of European competition.

“I always look at those games as selection games,” Jones said. “They’re important games because they’re high-pressure games and you see the guys play under the pressure of winning or not winning a trophy.

“It’s always great to see English clubs do well. I was particularly impressed by a number of Exeter players who did well in what was a good quality European cup final. I’m also very pleased for Bristol to win their first trophy, so congratulations to both of those teams.

“It’s not a short-term benefit for England, it’s a longer-term benefit. We’ve had that previously with Saracens being a dominant team in Europe and now we’ve got Exeter. Those payers come in and they know they’ve been able to beat players from other countries, so that adds to the strength of the team.”