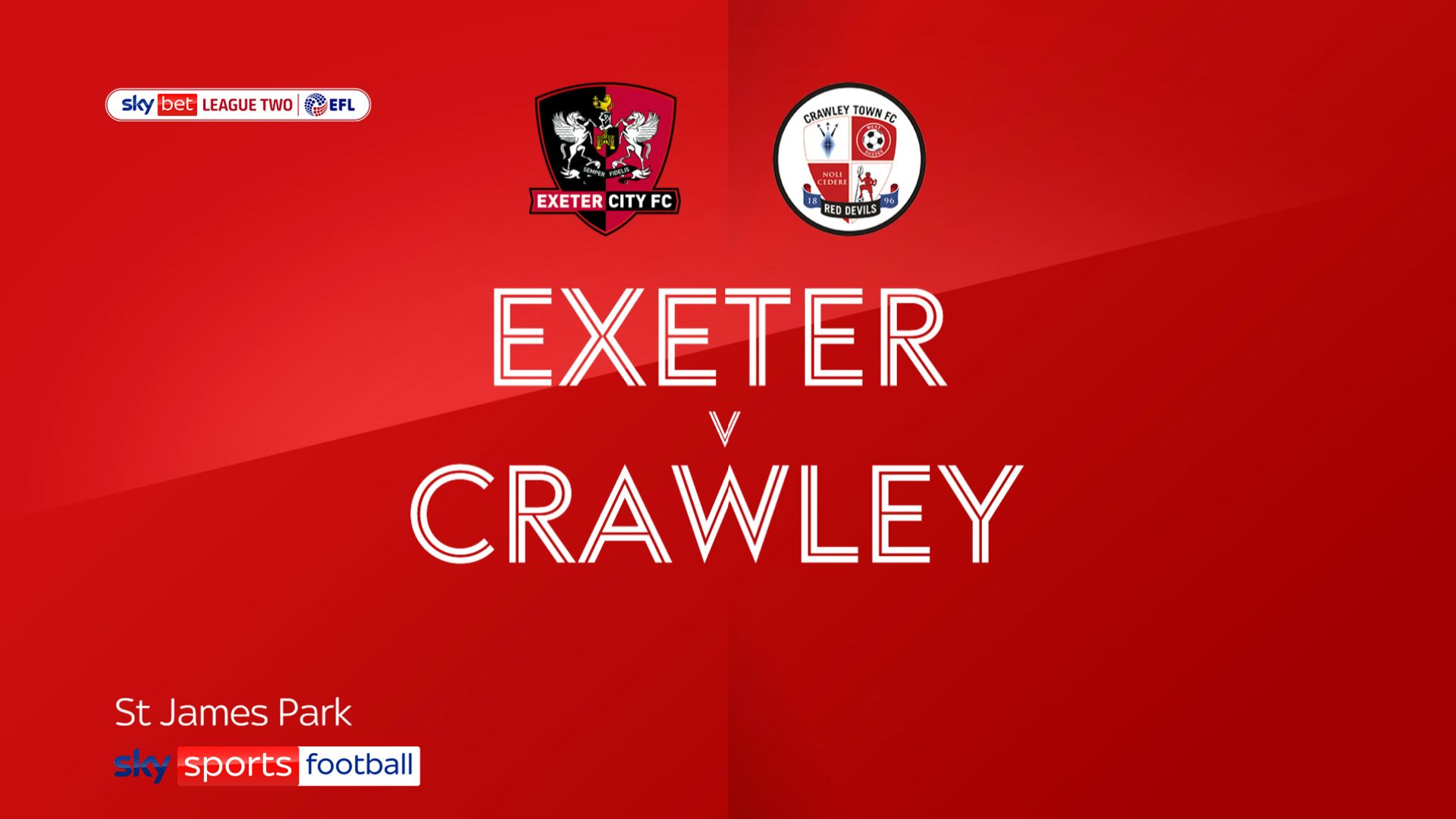 Exeter extended their unbeaten Sky Bet League Two run to five matches as they came from behind to edge Crawley 2-1 at St James Park with goals from Jake Taylor and Ryan Bowman.

The home side started well with Jack Sparkes firing against the woodwork from long range, but the visitors soon got on top.

Crawley hit the woodwork themselves when Tyler Frost cut in from the left wing and sent a shot over the head of Lewis Ward, while former Exeter striker Tom Nichols was twice denied by Ward.

The Exeter goalkeeper again saved well to deny Max Watters, but their perseverance paid off five minutes before half-time with a long ball over the top finding Watters and he outmuscled Pierce Sweeney all too easily before firing past Ward.

Crawley almost made it 2-0 in the second half when a neat move ended with George Francomb being played in, but Sweeney came to Exeter’s rescue with a vital last-ditch block.

Exeter equalised after 78 minutes when a Jake Caprice cross fell kindly for captain Taylor, who slotted the ball home from 15 yards.

With five minutes remaining, the hosts netted the winner when Bowman chased a backpass down and Glenn Morris’ clearance cannoned into him and into an empty net.