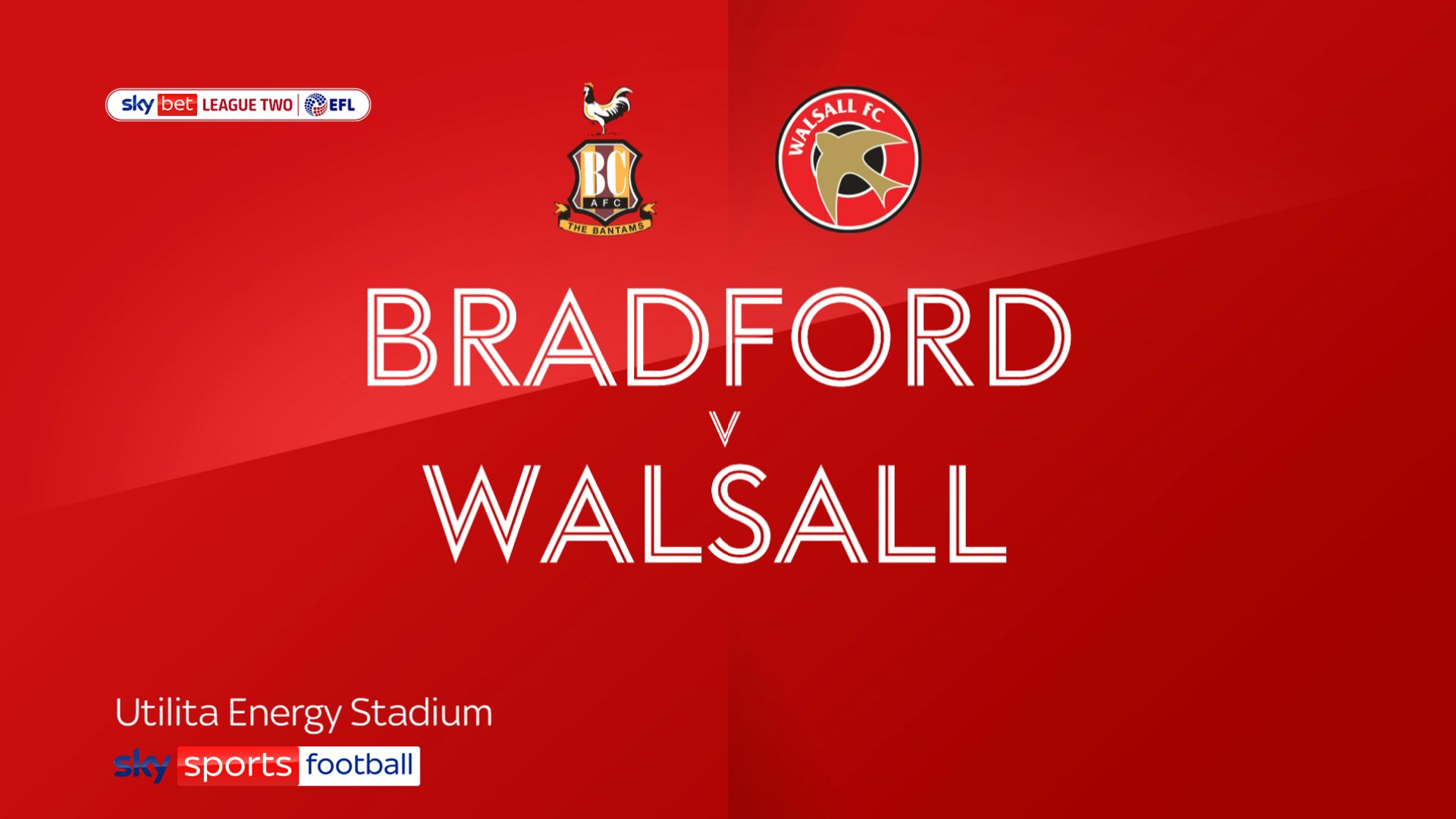 The visitors went ahead in the 23rd minute with a superb goal by George Nurse, who took a pass from Liam Kinsella before scoring with a 25-yard left-foot shot which flew into the far corner of the net giving keeper Richard O’Donnell no chance to save.

Bradford created few chances in the first half but threatened more after the break and defender Anthony O’ Connor missed a good chance to equalise in the 49th minute when he headed wide from close range following Connor Wood’s corner.

Walsall keeper Liam Roberts made a brilliant diving save to keep out Clayton Donaldson’s fierce right foot, 20-yard shot in the 62nd minute after striking partner Lee Novak laid the ball into his path and from the ensuing corner Novak saw his close-range header held by Roberts.

Bradford gained the equaliser their second half pressure deserved when they were awarded a penalty in the 76th minute after Wood was fouled by Roberts and Clarke scored from the spot.