Derek Chisora was an interested observer in last Saturday’s lightweight unification between Teofimo Lopez and Vasiliy Lomchenko, which took place at the MGM Grand’s Conference Center in Las Vegas.

And on October 31, Chisora will face Lomachenko’s close friend and Olympic teammate, Oleksandr Usyk, in the UK. 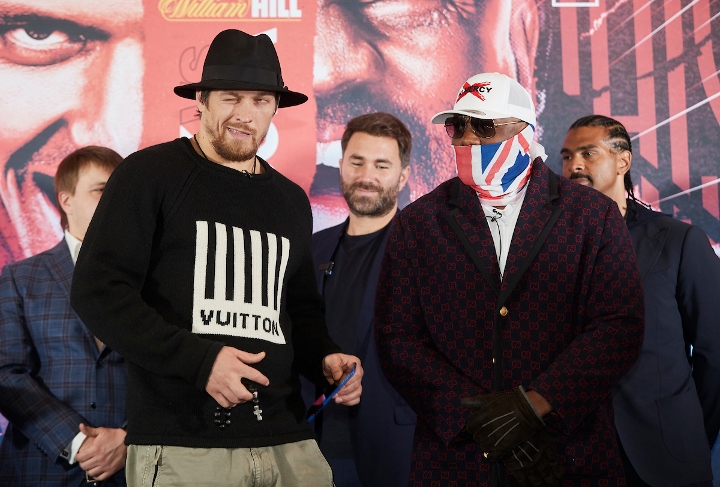 Chisora admits that he loves the crowd as well – and he feels Usyk is another boxer who feeds off the crowd like close friend Lomachenko.

Chisora believes the closed doors setting may have played a role in Lomachenko’s defeat.

“I don’t know, because you have to understand Lomachenko thrives on boxing behind a crowd and stuff like that,” Chisora told Sky Sports News.

Usyk, who unified the entire cruiserweight division in 2018, is taking part in only his second heavyweight fight.

Chisora has a lot of respect for Usyk and his abilities.

He watched close friend Tony Bellew suffer a brutal knockout loss at the hands of Usyk two years ago.

“He is like the best, a pound-for-pound fighter. He’s a great fighter, I’m a big fan of his. Boxes in and out, moving around, and he’s a good dancer. It’s going to be hard,” Chisora said.