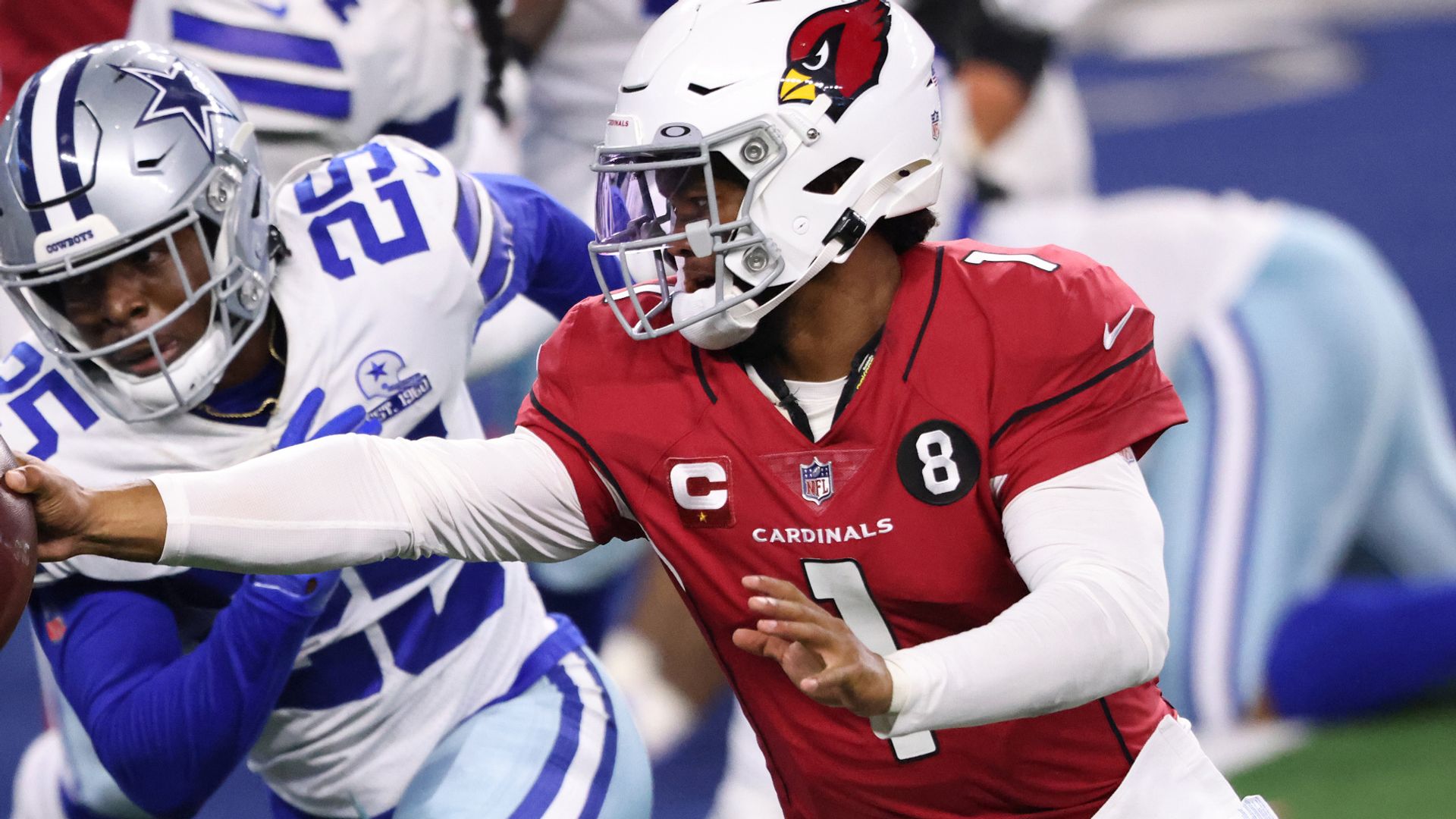 Week Seven in the NFL gets underway with Thursday Night Football – New York Giants @ Philadelphia Eagles – from 1.20am, Friday

Ezekiel Elliott lost two fumbles in a game for the first time and Andy Dalton threw two interceptions in his first start for the injured Dak Prescott as the Dallas Cowboys were badly beaten 38-10 by the Arizona Cardinals on Monday night.

While Dalton’s interceptions added to the Cowboys’ NFL-worst turnover margin of minus-12, Elliott’s miscues were most crushing errors because they set up Arizona’s first two touchdowns.

Elliott now has five fumbles in six games (four lost), just one shy of his career high for an entire season from two years ago.

After Christian Kirk’s six-yard score – the first of two TDs for him on the night – Elliott fumbled again two plays later at the Dallas 27-yard line, with Kenyan Drake ultimately running in at the goal line to make it 14-0 as the Cardinals took control with 21 second-quarter points.

Murray was only 9 of 24 passing, for 188 yards, and 80 of those came on an 80-yard touchdown strike to Kirk before the half. Murray also rushed for 74 yards on 10 carries, scoring on a goal-line touchdown in the third quarter after a Dalton pick.

Cowboys backup QB Dalton completed 34 of 54 passes for 266 yards, one touchdown – a one-yard toss to Amari Cooper late in the fourth quarter – and those two interceptions.

The Cowboys now have an NFL-high 15 giveaways, and the 84 points they’ve allowed off turnovers are the most in the NFL through six games since at least 2000.

Cardinals running back Kenyan Drake was mightily impressive, rushing for 164 yards and two TDs on 20 carries, capping the Cardinals’ emphatic win with a 69-yard touchdown run into the final two minutes of the game.

Dallas have allowed 218 points, the most through six games on an NFL season since the 1961 Raiders gave up 228 as an AFL team. The last NFL team to give up more was Washington in 1954 with 223 points.