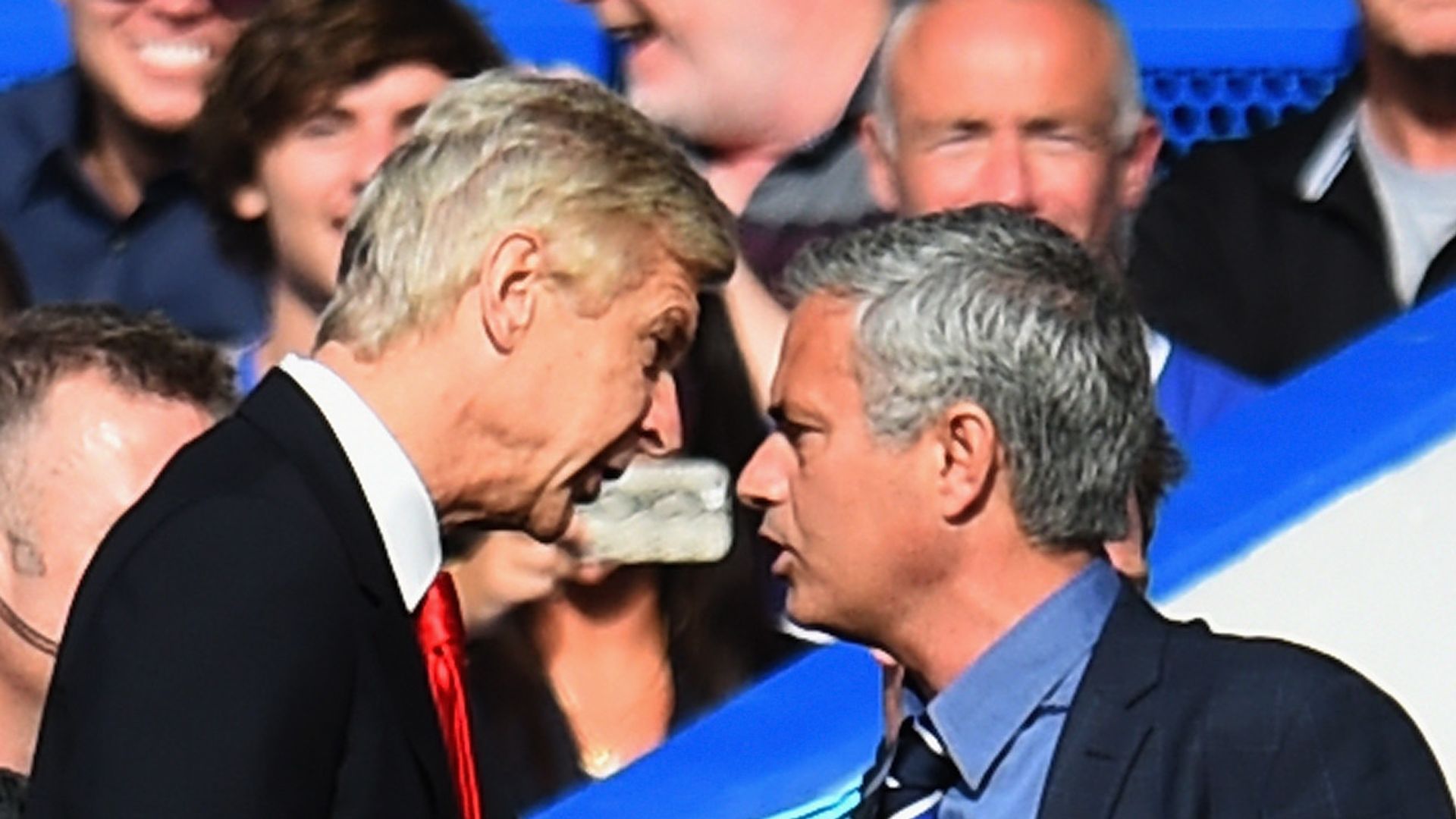 Arsene Wenger says his relationship with Jose Mourinho makes him feel like he is in kindergarten after the current Tottenham boss reacted to being left out of the Frenchman’s autobiography.

Wenger’s autobiography, My Life in Red and White, looks at his 22 years at Arsenal but failed to mention his duels with Mourinho, whose Chelsea side dethroned the ‘Invincibles’ in 2004-05.

Last week, Mourinho said the reason he was not mentioned in the book was because the former Arsenal manager “never beat me”.

“It doesn’t bother me. It’s permanent provocation.” Wenger told French broadcaster Canal+. “I feel like I’m in kindergarten with him. But that’s part of his personality.”

Mourinho’s rivalry with Wenger reached boiling point in 2014 when they physically clashed on the touchline in a Premier League game at Stamford Bridge.

It took Wenger 14 attempts to finally beat Mourinho, who once called him a “specialist in failure”, and he managed only two wins in 19 meetings.

“We beat him twice. We won, and there were also a lot of draws,” Wenger added.

“It’s not ‘you’ who wins, you only participate in the victory. It’s ‘us’ who win. The manager is there to get the most out of a team.”

Mourinho told Sky Sports: “The game was under control, we had Harry Kane to score the fourth when he hit the post, Gareth Bale to kill the game… but that’s football.

“Not deliberately, but the team was dropping. With [Harry] Winks, we found balance again and was in control. It was exactly when we were in control that we conceded the first and their belief went up. My guys were not strong enough to cope with it psychologically. The last few seconds, we lost two points.

“I told them to be aware of set-pieces against, which we knew they were very strong. David has found in [Tomas] Soucek his new [Marouane] Fellaini. In the end, they were lucky, but they fought very hard to be lucky so I praise them.”