Srisaket Sor Rungvisai appreciates the opportunity to remain active during the pandemic.

As far as he is concerned, however, the time has come to reclaim what was once all his own.

The former lineal junior bantamweight king picked up his second straight victory, scoring a 2nd round knockout of Jomar Fajardo earlier this month at Workpoint Studio in Bang Phu, Thailand. The same intimate studio lot housed Sor Rungvisai’s last win, a 10-round decision over countryman and former flyweight titlist Amnat Ruenroeng in a far more celebrated affair this past August.

“It felt good to fight again and get the win,” Sor Rungvisai humbly stated after the fight.

Both bouts came more than a year after Sor Rungvisai’s world title reign came to a close, dropping a tightly contested but clear 12-round decision to Juan Francisco Estrada in their rematch last April. Their memorable clash took place at The Forum in Inglewood, California, also the site of their first fight in February 2018 which Sor Rungvisai won by majority decision to establish championship lineage at 115 pounds. 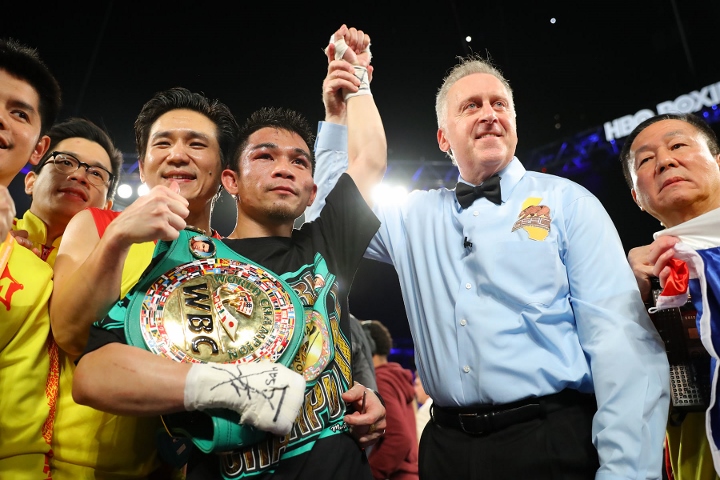 Sor Rungvisai (49-5-1, 42KOs) had entered the first fight with Estrada (40-3, 27KOs) as the reigning WBC junior bantamweight titlist. His reign began with a disputed 12-round win over then-unbeaten champ and pound-for-pound king Roman ‘Chocolatito’ Gonzalez in March 2017, though leaving no doubt in a one-sided 4th round knockout in their rematch later that September.

The aforementioned loss to Estrada ended Sor Rungvisai’s two-year reign which featured three successful title defenses, all as part of a 20-fight win streak. His previous loss came in a failed May 2014 vacant title bid versus Mexico’s Carlos Cuadras, who next faces Estrada later this month on October 23 in Mexico City.

The show—which will stream live on DAZN—is designed to set up a rematch between Estrada and Gonzalez, the latter whom defends his recently acquired WBA 115-pound title versus Israel Gonzalez on the same show. Sor Rungvisai’s energy is focused on the main event, with a clear intention of disrupting current plans and working his way back into the title picture.

“I want to wish the best of luck to Juan Estrada and Carlos Cuadras,” notes Sor Rungvisai. “Whoever wins, I wish to meet you in the ring in my next fight.”