Rublev won his fourth ATP Tour title of the year when he beat Croatia’s Borna Coric to lift the St Petersburg Open trophy on Sunday.

And after his victory, Rublev, who turns 23 on Tuesday, says Nadal is the main motivation behind his attempts to improve his game.

“I cannot imagine how – I’m not even talking about [just at] the Grand Slams – it is possible what he is doing,” Rublev said. “To be mentally that strong all your life and all your career, I don’t know how it is possible.” 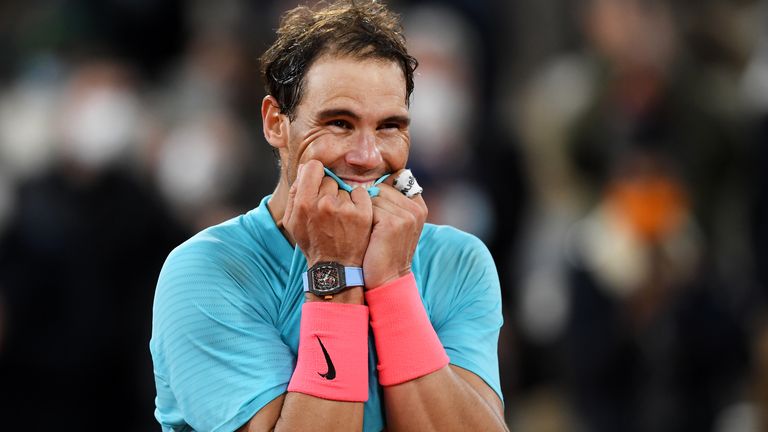 Rafa is the only one player in history that it doesn’t matter how he feels, bad or good. In the end he always finds a way to win.

The Spaniard captured the Coupe des Mousquetaires without losing a set to secure his 13th win at Roland Garros as well as tie the all-time record for Grand Slams alongside Roger Federer.

World No 8 Rublev, who is now an impressive 34-7 for the year, admits he is in awe of Nadal’s focus and discipline during every tournament he plays.

“Every player, even Roger or even Novak [Djokovic], they had one moment in their career when they were mentally a little bit down or they could get a little bit emotionally down during the match and, if something happens, they could lose or something,” Rublev said.

“Rafa is the only player in history that it doesn’t matter how he feels, bad or good. In the end he always finds a way to win.

“If he is not winning, he is losing in three sets after three hours if it is not (at) a Grand Slam. If it is (at) a Grand Slam, it is going to be five hours and (against) the players that are really good. I don’t know how it is possible to be this strong mentally during all his career.”

Rublev added: “Even if you take other sportsmen or athletes, they can have bad days. But because maybe the team is good, they are still winning.

“In tennis, if you are having a really bad day it is really tough to find a way (to win) and compete like nothing happened. He has done this during all his career. For me he is the best athlete, not even in tennis, the best athlete in history.”