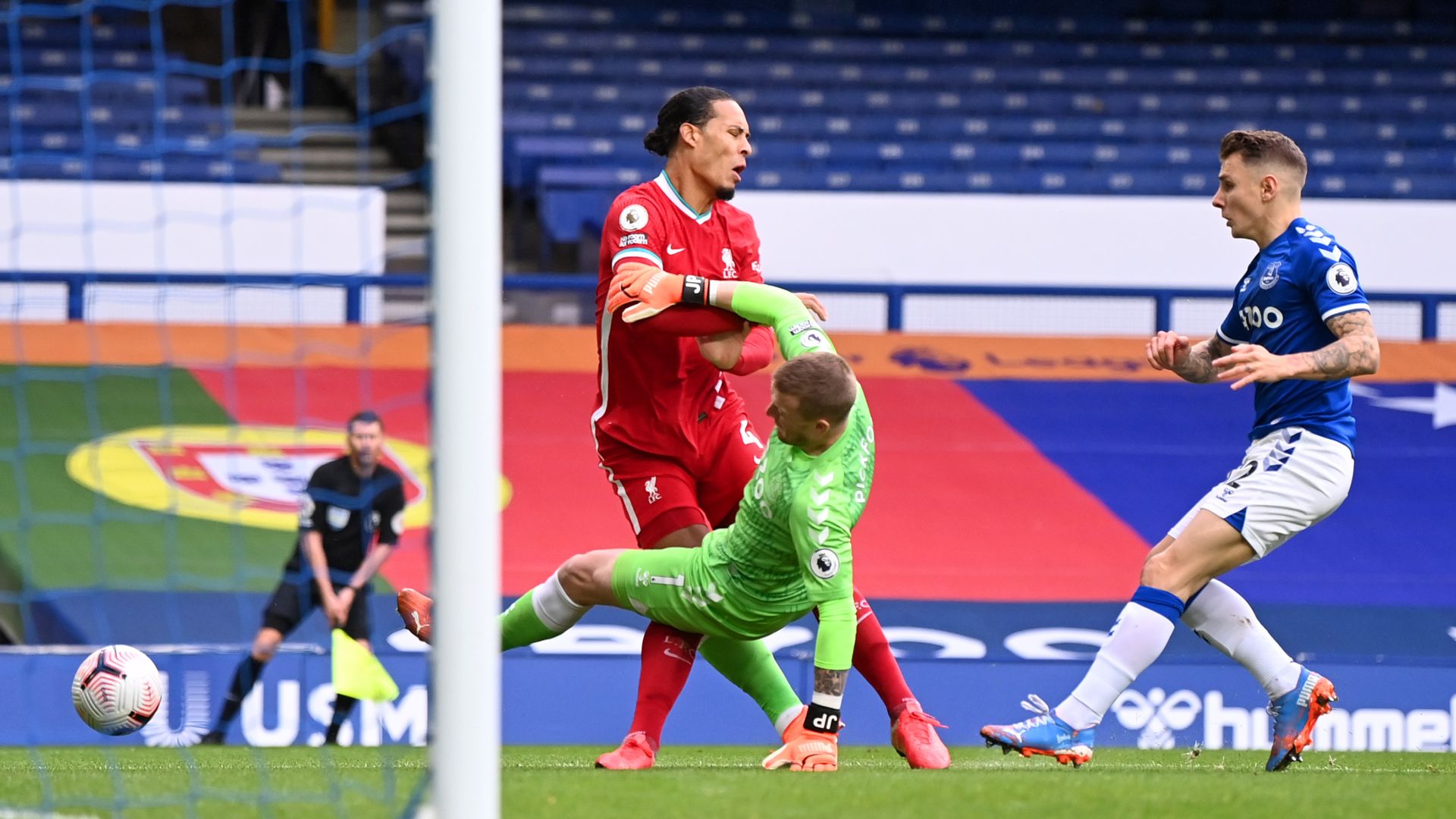 VAR reviewed the incident and decided that Liverpool should not be awarded a penalty as Van Dijk was in an offside position. VAR also concluded that Pickford’s challenge was not worthy of a red card.

Liverpool are understood to have contacted the PGMOL over the weekend for clarification of a number of decisions during the derby.

The FA will only consider retrospective punishments for incidents not seen by match officials on the pitch or at VAR headquarters at Stockley Park.

Pickford was saved from conceding a penalty by a marginal VAR decision, which ruled Van Dijk’s shoulder was offside in the build-up to the collision.

Van Dijk had to be substituted and was later sent for a scan, which revealed he would require surgery.

No time frame has been put on his return but club sources are reluctant to rule out a return this season.

Joel Matip and Joe Gomez will deputise for Van Dijk, who played every minute of last season as Liverpool ended their 30-year wait to become English champions, but Carragher says injury problems in the past for those two players and a lack of depth at centre-back will be a major concern for boss Jurgen Klopp.

“The big question you’re looking at now is, can Liverpool win the league without Van Dijk there? I think every team has three or four players in every title-winning team or a team who think they can win the title, and if one of those players is missing, no matter how good your manager is, no matter how big your squad is, you can’t cover for them because they’re outstanding,” said Carragher.

“I think it blows the title race wide open, I really do.