Super middleweight puncher Edgar Berlanga (15-0, 15 KOs) is quickly getting the attention of people.

This past Saturday night at the MGM Grand’s Conference Center in Las Vegas, Berlanga blew away Lanell Bellows in the first round, as part of the undercard to the lightweight unification between Teofimo Lopez and Vasiliy Lomachenko.

Berlanga has yet to enter the second round, with all of his opponents being unable to last three minutes. 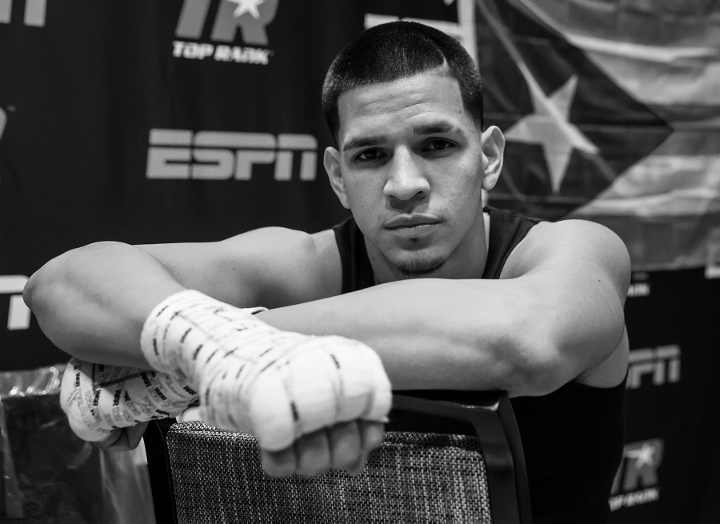 The streak of first round knockouts has caught the attention of former undisputed heavyweight champion Mike Tyson.

Tyson began his career with 19 straight knockouts, 12 of those in the first round.

“Berlanga looked sensational,” Tyson stated. “But he will be at his best when he can knock a guy out like that in the tenth round like he did in the first round.”

“He showed that he puts out his punches well, but we still can’t say that he’s going to be a big deal because he hasn’t fought anyone. I’m not disrespecting him….. he is only doing his job because he is not to blame for the opponents who are brought to him. But he has shown me that he is a guy who puts out his punches well and is strong. But I still haven’t seen where [his opponents] have touched him [with punches],” Calderon said to Sara Hernandez.

Fellow veteran coach Jose Bonilla would also like to see Berlanga get matched with better opposition.

“We still haven’t seen what his skills would be like in a fight with more rounds… his assimilation power and stamina. What has been seen is that he hits very hard. You have to hit hard in order to deliver 15 knockouts in the first round. But to be able to really evaluate him, you have to see him with someone who takes him into deep waters,” said Bonilla.