Carlos Cuadras has been cleared for combat.

A scare was averted as the former junior bantamweight titlist came up negative in separate COVID-19 tests to move forward with his challenge of reigning lineal junior bantamweight champion Juan Francisco Estrada. The recent developments offset a previous positive test produced by Cuadras, which initially put their October 23 rematch in jeopardy.

Event officials have since confirmed that the bout remains intact, headlining a title fight tripleheader live on DAZN from Gimnasio TV Azteca in Cuadras’ hometown of Mexico City. 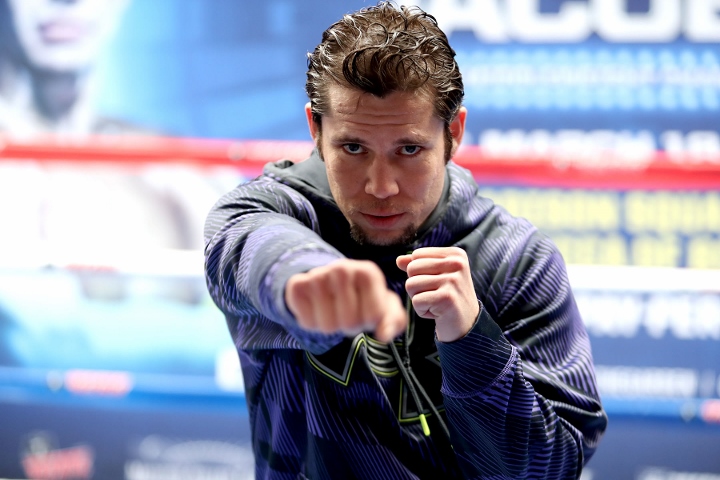 As previously reported by BoxingScene.com (and first reported by ESPN Deportes’ Salvador ‘Chava’ Rodriguez), Cuadras (39-3-1, 27KOs) was one of two boxers in relation to this show who tested positive for COVID-19. The other was Maximino Flores (25-4-2, 17KOs), who was pulled from his challenge of reigning flyweight titlist Julio Cesar Martinez (16-1, 12KOs), who now faces countryman Moises Calleros (33-9-1, 17KOs).

Cuadras was given a second chance to remain on the show in his hometown, since the rest of his team all tested negative tests for the infectious disease. Subsequent testing conducted over the weekend provided the former junior bantamweight titlist with a clean bill of health in being able to remain on the card.

Hermosillo’s Estrada (40-3, 27KOs) attempts the second defense of the lineal 115-pound crown he annexed in a 12-round decision win over Srisaket Sor Rungvisai in their thrilling rematch last April. Estrada dropped a competitive decision to Sor Rungvisai in their first fight in February 2018, a title opportunity set up by a 10-round win over Cuadras in September 2017.

Cuadras began his own 115-pound title reign with a win over Sor Rungvisai in May 2014, making six successful defenses before dropping a 12-round decision to the legendary Roman ‘Chocolatito’ Gonzalez (49-2, 41KOs) in September 2016. The setback marked his first career defeat, though suffering three losses in a four-fight span to Gonzalez, Estrada and Puerto Rico’s McWilliams Arroyo. Three straight wins have since followed heading into Friday’s main event.

Gonzalez also appears on this weekend’s show, as the four-division champ from Managua, Nicaragua attempt the first defense of his second junior bantamweight title reign. It comes versus Los Cabos’ Israel Gonzalez (25-3, 11KOs; no relation) in the evening’s chief support.