LAS VEGAS – The right fighter won, but otherwise the judges got it wrong. 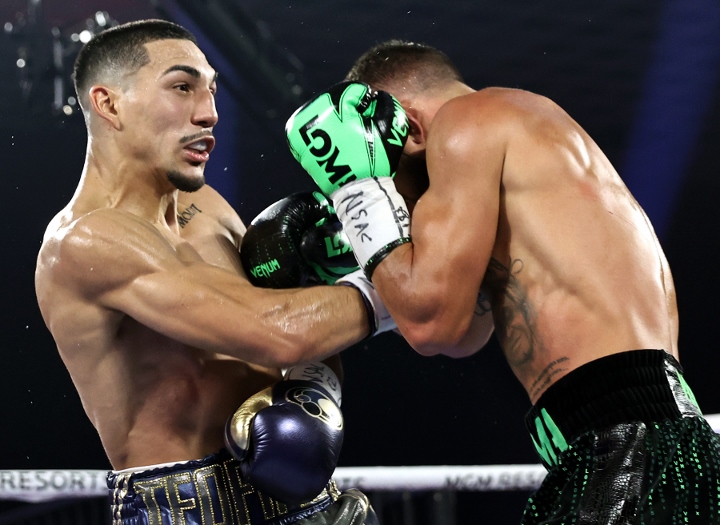 Julie Lederman scored 11 of the 12 rounds for Lopez (119-109), who became the youngest fully unified champion in boxing’s four-belt era. Steve Weisfeld scored nine rounds for the 23-year-old Lopez, who won 117-111 on his card.

Lederman scored only the 11th round for Lomachenko, who was very cautious and inactive throughout the first half of their fight.

“I gave Lopez the fight, but those scores were ridiculous,” Arum told a small group of reporters at ringside. “One was 119-109. What are they talking about? Julie Lederman, what kind of f-cking fight was she watching? These judges are crazy.”

Nevada’s Cheatham scored the eighth, ninth, 10th and 11th rounds for Ukraine’s Lomachenko (14-2, 10 KOs), who lost for the first time since Orlando Salido defeated him by split decision in March 2014 at Alamodome in San Antonio. Cheatham didn’t score any of the first seven rounds for the 32-year-old Lomachenko, who lost the WBA “super,” WBC “franchise” and WBO lightweight titles to Lopez.

New Jersey’s Weisfeld scored the eighth, 10th and 11 rounds for Lomachenko. All three judges scored the 12th round for Lopez, who was aggressive and landed several hard shots on Lomachenko in those three minutes.

“Lopez won the fight, yeah, but Lomachenko won four of the six rounds in the back end,” Arum said. “And I gave him one out of the first six. I mean, that was f*cking crazy!”

While he disagreed with the official scores, Arum praised Lopez’s impressive performance against a favored opponent who was generally regarded as one of the top three boxers, pound-for-pound, in the sport.

“He fought brilliantly,” Arum said. “He boxed. He didn’t go looking for the knockout. He fought a brilliant fight. I gave Lomachenko the ninth, 10th and 11th rounds. That was easy. And I figured he would win the 12th round, and it’d be a draw. But those judges, what the f*ck fight were they watching?”