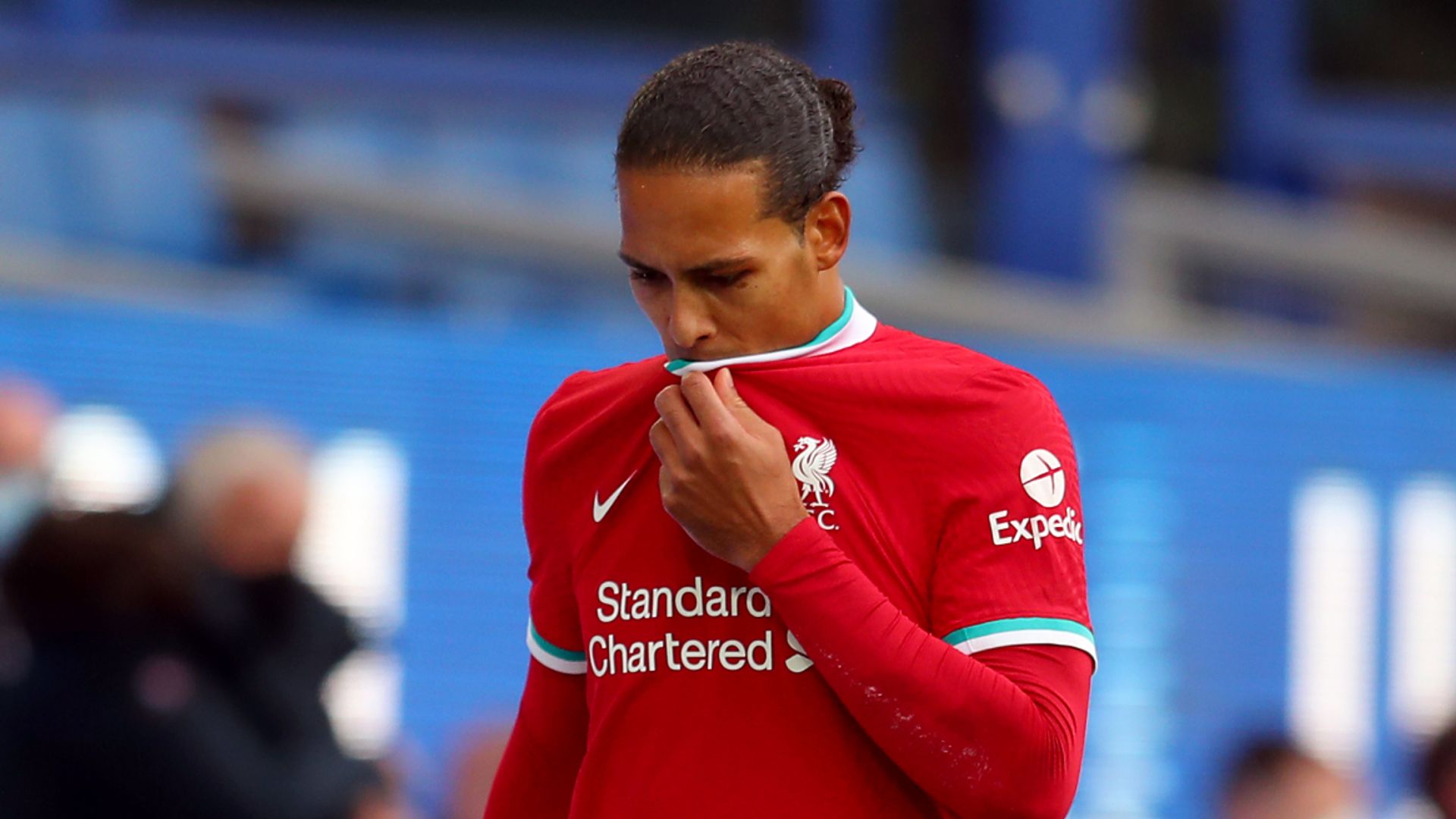 Van Dijk suffered the injury after colliding with Everton goalkeeper Jordan Pickford in the early stages of Saturday’s 2-2 draw at Goodison Park.

Pickford was saved from conceding a penalty – and possibly a red card – by a marginal VAR decision, which ruled Van Dijk’s shoulder was offside in the build-up to the collision.

The England goalkeeper could still have been sent off if VAR had recommended on-field referee Michael Oliver look at the incident again as players can be punished for serious foul play or violent conduct after the whistle is blown.

Van Dijk had to be substituted and was later sent for a scan, which revealed he would require surgery.

No time frame has been put on his return but club sources are reluctant to rule out a return this season.

Liverpool manager Jurgen Klopp questioned why no action was taken against Pickford for his challenge on the Netherlands defender.

“For me it was a clear penalty that I saw. Then obviously we saw the flag went up, so offside. I still thought it was worth a look on the foul but that didn’t happen,” said Klopp.

“We have no power there, we just sit here and you discuss it with me. You have to ask other people about that, not me. What can I say?”

Liverpool midfielder Thiago Alcantara was also sent to hospital for a scan after the match after being injured by a tackle from Richarlison, which resulted in the Brazil forward being shown a straight red card late on.

The Spain international is thought to have suffered an impact injury but indications are that it is not serious.

Meanwhile, Liverpool are understood to have asked the Premier League to investigate the application of VAR during the match, with Jordan Henderson’s stoppage-time strike also ruled out for a borderline offside against Sadio Mane.

“I came into the dressing room and there were people standing there saying they’d watched the [VAR disallowed goal] situation back and they were saying they didn’t understand why they whistled offside,” added Klopp, in his post-match comments.

“I’m really in support of VAR and especially with offside you expect that the right decision would be made. We scored a goal one time at Aston Villa and they said the armpit was offside! It sounds funny, but we got it.

“This time, the picture I saw once was that there wasn’t an armpit call, it was just offside. Since then, I’ve had about 10 interviews and everybody tells me that it was not offside and this doesn’t lift my mood, obviously.

“It’s tricky, but we’ve lost one player in a situation where VAR was not involved [Pickford on Van Dijk] and maybe another one in the red card situation, and we’ve scored a legitimate goal which didn’t count. It was obviously not our day but it was the performance I wanted to see.”

Richarlison released a statement after the match, apologising to Thiago for the tackle which led to his red card.

“Everyone who knows me knows I’ve never been a violent player,” said the 23-year-old, who is now set to miss Everton’s upcoming games against Southampton, Newcastle and Manchester United.

“What happened today was simply an accident caused by pure dedication. I didn’t go into that tackle with the intention of injuring Thiago. When I saw there was going to be a collision, I withdrew my foot and struck his knee, which was inevitable given the speed involved.

“I’ve already sent him a message apologising and I’m also doing so publicly here. I hope he hasn’t sustained an injury and everything is OK.

“I also apologise to my team-mates, my club and the fans for leaving the team a man down at the end of the game. Unfortunately, there’s nothing I can do to change what happened, except reflect, work hard and move on.”