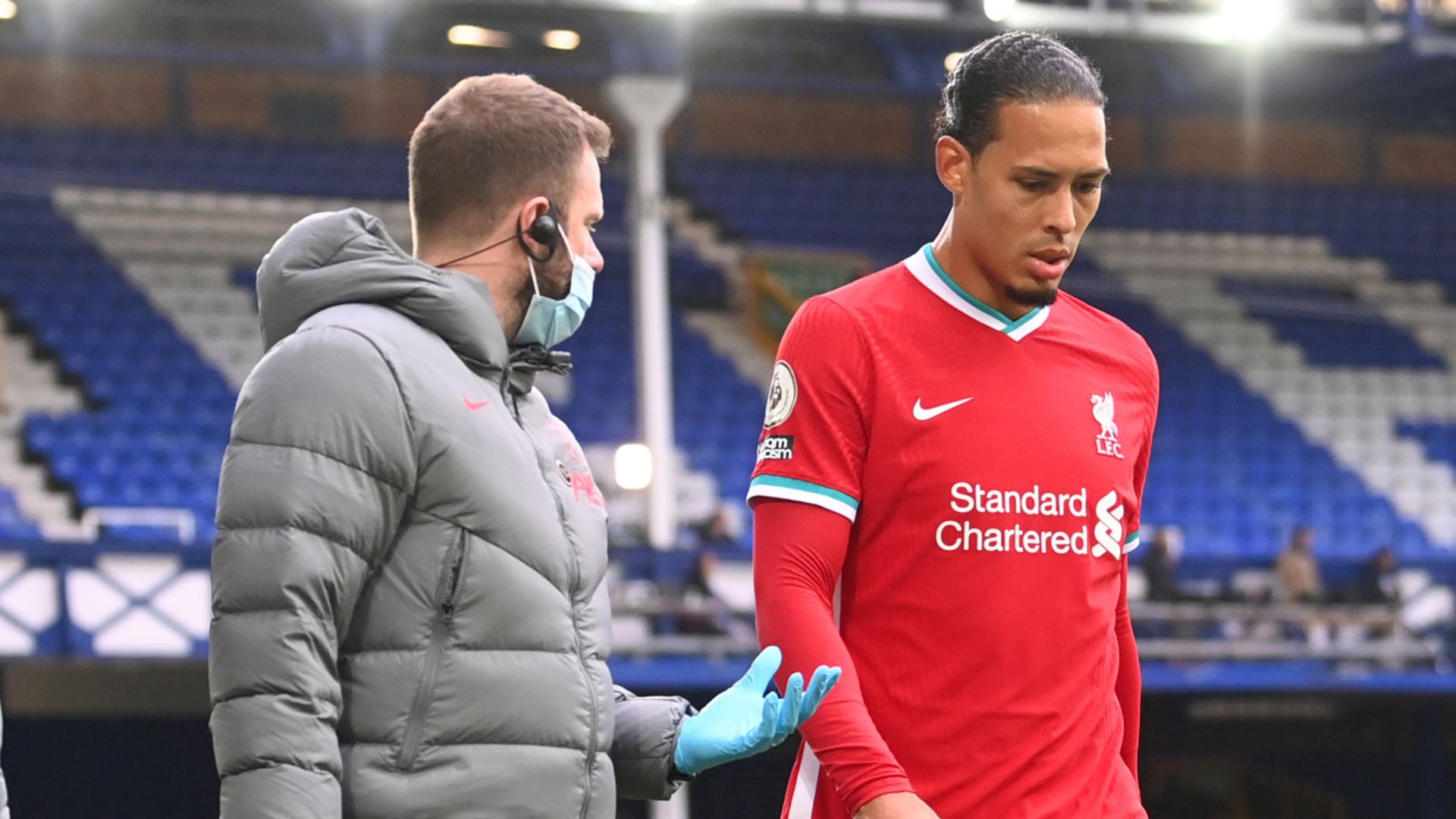 Liverpool are stepping into the unknown.

For 80 minutes at Goodison Park on Saturday, there was a rare sight: Liverpool playing a Premier League match without Virgil van Dijk at the heart of their defence.

Jordan Pickford’s brutal – but unpunished – challenge, which has left Van Dijk needing surgery on his knee, means it is something Liverpool will now have to get used to.

But how will they cope without their star centre-back?

The brilliant Dutchman has played in 95 of the 96 Premier League games Liverpool have had since he made his debut in January 2018. He played every minute in the league last season, as they claimed the title for the first time in 30 years.

So how do they try to cover the absence of a player who has been central to their triumphs domestically and in Europe over the past three years?

It is a huge task and, with Premier League and Champions League games coming thick and fast, it is a task Jurgen Klopp must get right if Liverpool are to continue to be successful. That is how pivotal Van Dijk has been.

The difference Van Dijk has made

Critics who suggested the £75m fee Liverpool paid Southampton for Van Dijk was extortionate have long since conceded their case in that argument. Van Dijk has, if anything, been a bargain for Liverpool, transforming their defence and providing the platform for the Reds to become arguably the best side in Europe.

Liverpool had let in 120 goals in their 96 Premier League fixtures before he arrived. They have conceded just 78 in the 96 since.

He has helped Liverpool keep 43 Premier League clean sheets in that time, the most of any player in that period.

Handily, he has also scored six headed Premier League goals since the start of last season. Only Dominic Calvert-Lewin has scored more.

But beyond the numbers, it is the reputation Van Dijk has honed, the respect his towering 6ft 4in frame commands, and the authority he brings to – and inspires in – Liverpool’s backline which has been the real factor in transforming Liverpool.

From March 2018, Van Dijk went 50 games without being dribbled past. It was an outrageous stat – but how much did that play on the mind of opponents; how much do opposition sides adapt their usual attacking patterns because they are intimidated by the 29-year-old?

Interestingly, there have been some unusual slip-ups from Van Dijk this season. Against Leeds, his over-confident clearance allowed Patrick Bamford to score. He only made one error leading to a goal in all of last season. Then there was the 7-2 drubbing by Aston Villa, where questions were raised about Liverpool’s high line.

But despite those errors and frailties, stepping in for Van Dijk is going to be no easy task. And Klopp is short on options.

Joe Gomez came off the bench on Saturday, playing alongside Joel Matip who had started ahead of him. Afterwards, Klopp described his performance up against the in-form Calvert-Lewin as “sensational”.

That, though, will be Klopp’s strongest pairing while Van Dijk is out. Another option would be Fabinho could drop from midfield into defence.

Beyond them, following Dejan Lovren’s departure in the summer, it is 18-year-old Sepp van den Berg or 23-year-old Nathaniel Phillips, who looked like he was heading to the Championship on loan last week. That is a concern, given Matip missed substantial game time last season with his own knee injury, and Gomez has had injury problems in the past too.

Liverpool’s fixtures to the next international break

It is significant Van Dijk’s injury came the day after the domestic transfer window closed. It is a long two-and-a-half months until the January window allows Liverpool to bring in reinforcements.

How Liverpool will cope during that period – and beyond until the end of the season – is impossible to predict.

They have been shorn of their defensive leader, the Premier League’s best defender, and they are short on back-up.

Now we will see how well they can adapt. Now, we will also likely see just how important Van Dijk has been.