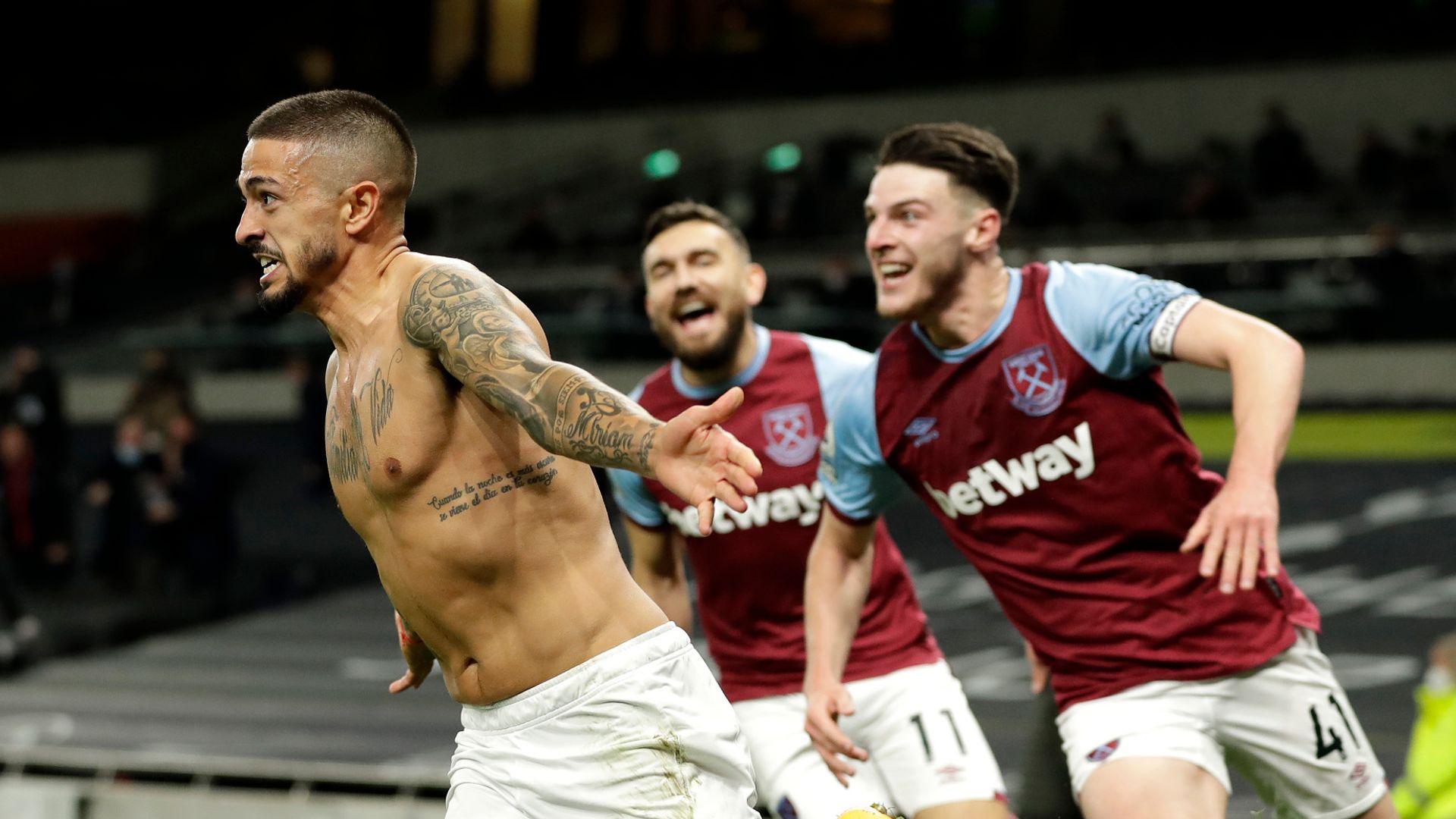 Spurs looked to have put the game beyond their visitors inside a quarter of an hour as they raced into a three-goal lead. Heung-Min Son scored a fine opener from Harry Kane’s stunning pass with just 45 seconds played, before the two combined again for Kane’s shot to nutmeg Angelo Ogbonna and wrong-foot Lukasz Fabianski (8).

West Ham were pulled apart every time Tottenham attacked early on, and Kane doubled his tally on the quarter-hour from Sergio Reguilon’s back-post cross as they showed the confidence of their stunning wins at Southampton and Manchester United in recent weeks.

But after West Ham hung on until the break, they looked the better side throughout the second period as Spurs floundered, and despite Kane striking a post and Bale’s introduction with 20 minutes to go, it was richly deserved when Fabian Balbuena’s header from an Aaron Cresswell free-kick beat Hugo Lloris.

Spurs had given up a 3-0 lead to win 3-2 at the London Stadium last season and it looked like a case of deja vu when Davinson Sanchez headed beyond his own goalkeeper from Vladimir Coufal’s cross.

This time though, there would be no let-off. After clearing a 94th-minute free-kick seemingly to safety, a stunning drive from substitute Lanzini rattled in off the crossbar to earn West Ham a point and leave Tottenham stunned.