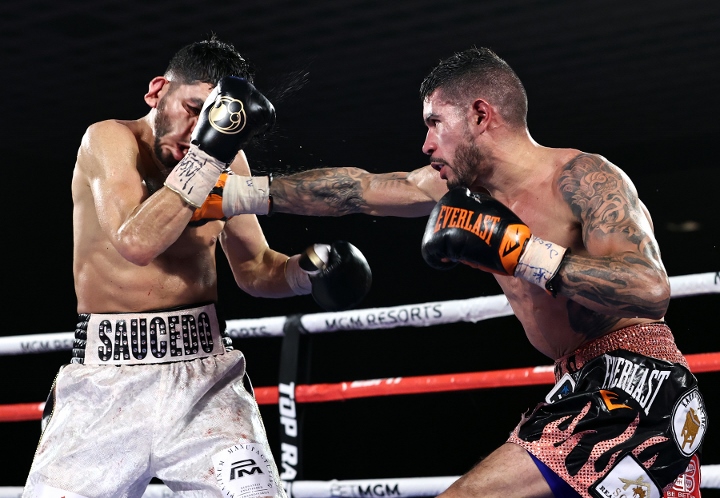 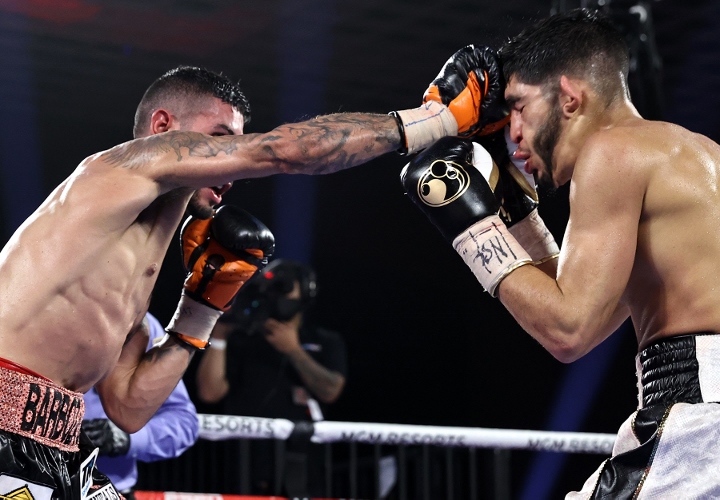 Saucedo came out and took the fight to Barboza. He was landing good punches, until Barboza settled down and began to box and land solid shots of his own. It didn’t take long before they were trading heavy shots and the nose of Saucedo began to bleed. 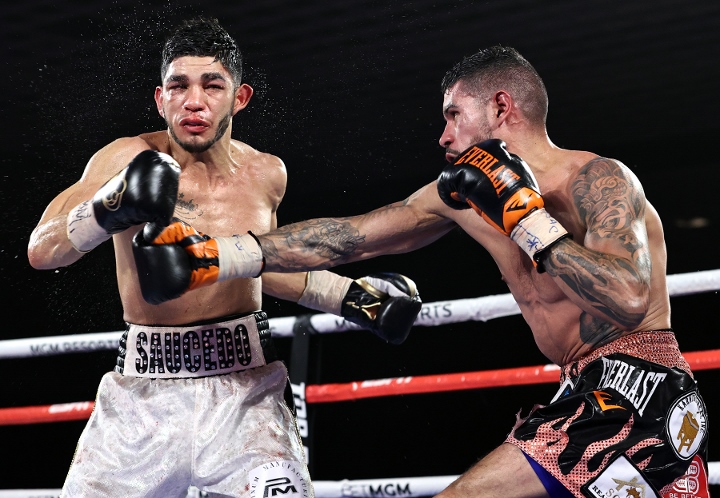 In the second, Saucedo continued to come forward and was throwing big shots. For some reason Barboza kept switching between the southpaw and orthodox stance. Barboza went back to boxing and was landing accurate shots in the third. 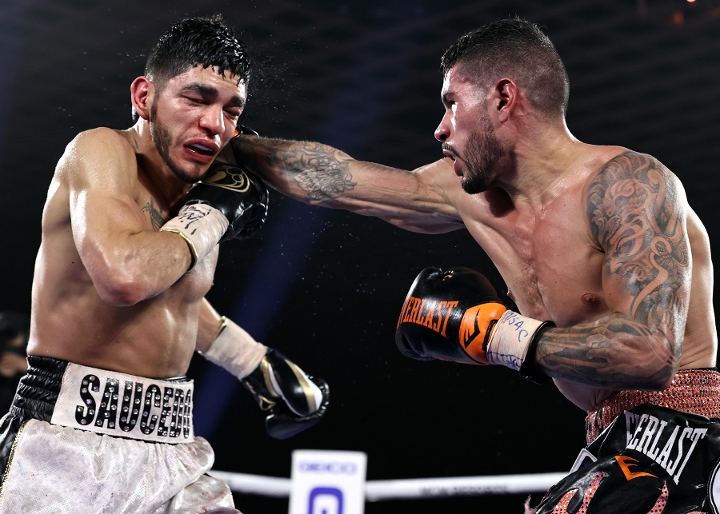 Barboza continued to outbox and outland Saucedo in the fourth. Barboza was connecting with some heavy shots to the head and body. More of the same if the fifth, in favor of Barboza. He continued to surge in the sixth as they were trading on the inside. Barboza was throwing a lot of punches and landing often. 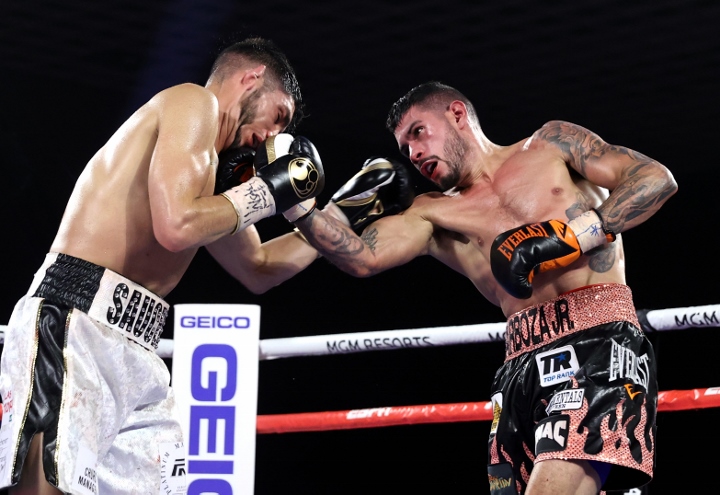 Saucedo managed to rally in the seventh, with a flash knockdown scored while Barboza was off-balance. Barboza regrouped by boxing from the outside, outlanding and outworking Saucedo in the eight. He continued to work from the outside in the ninth to outbox Saucedo. 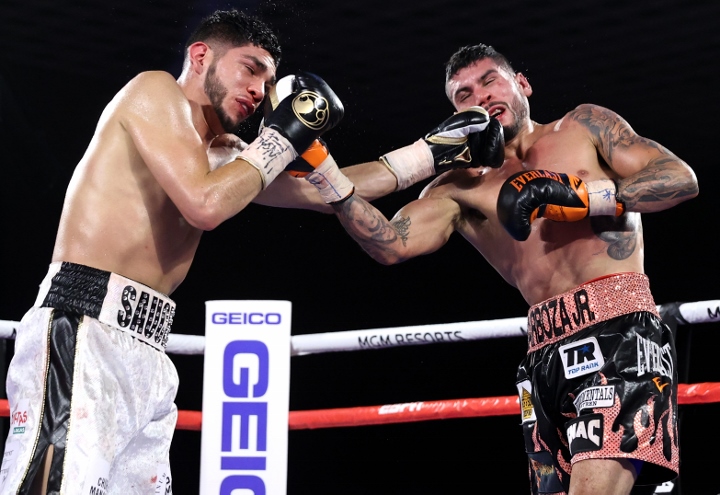 Both had their moments in the tenth and final round. Barboza had the edge with his boxing and accurate punches. 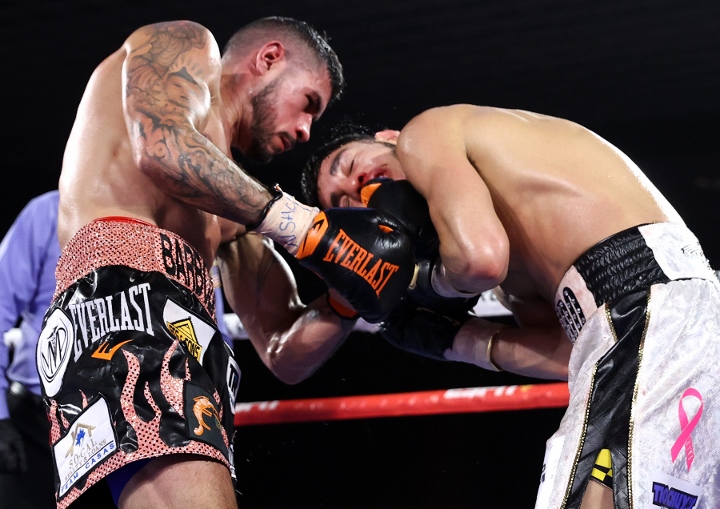 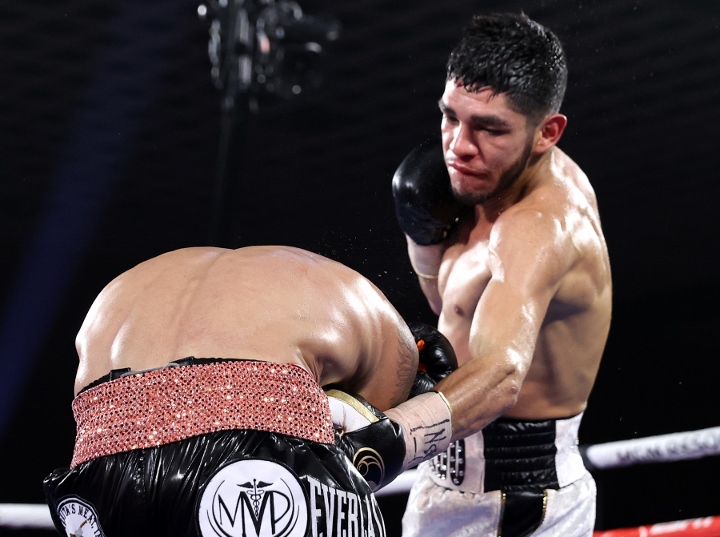 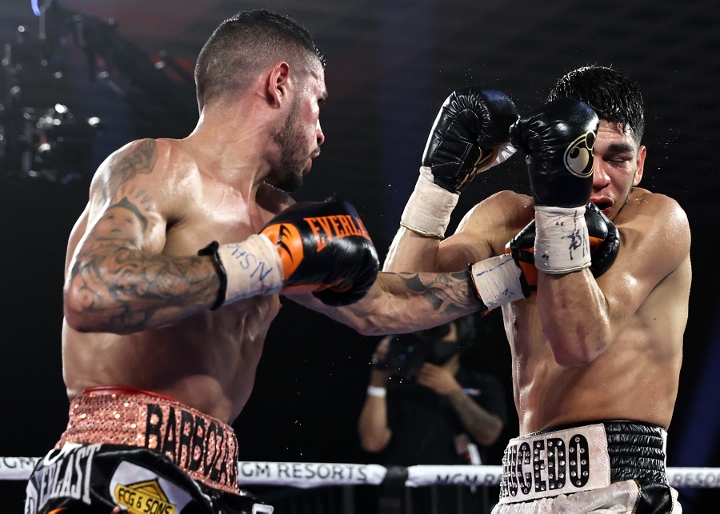 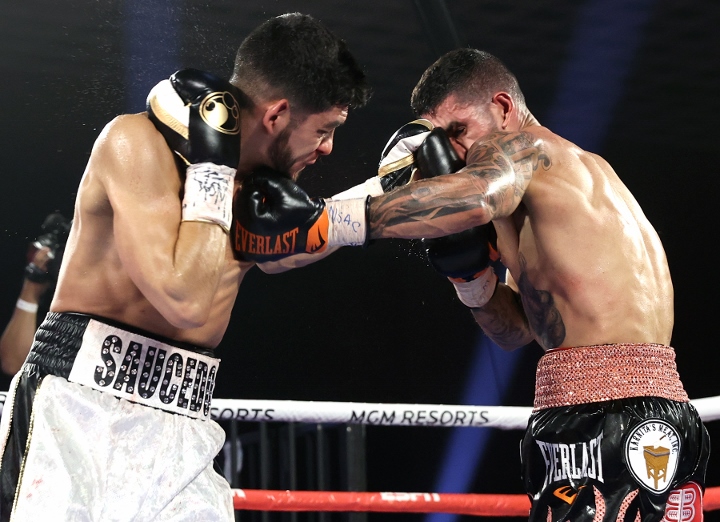 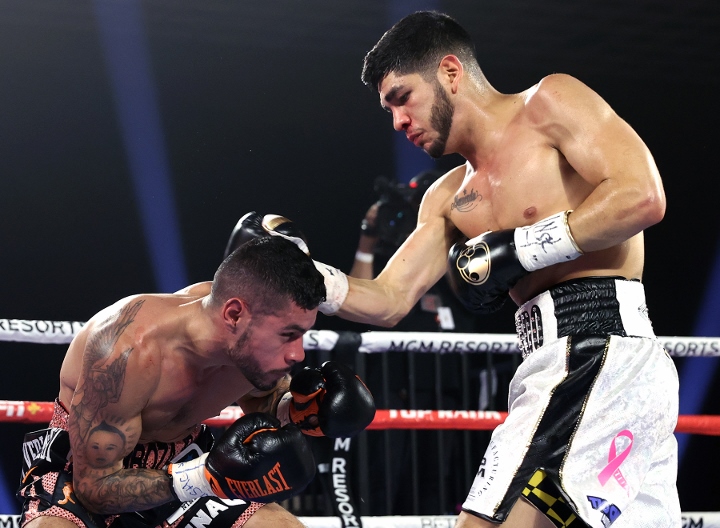 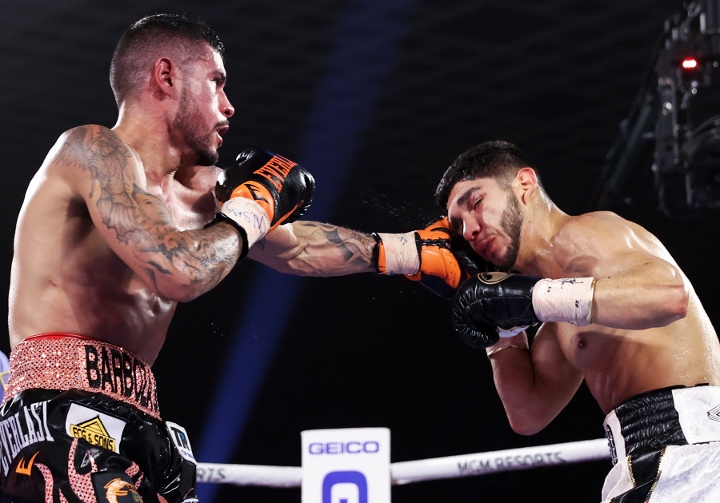 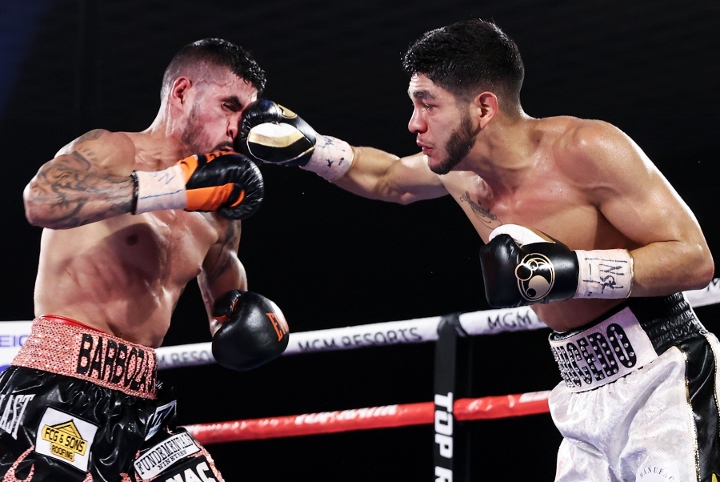 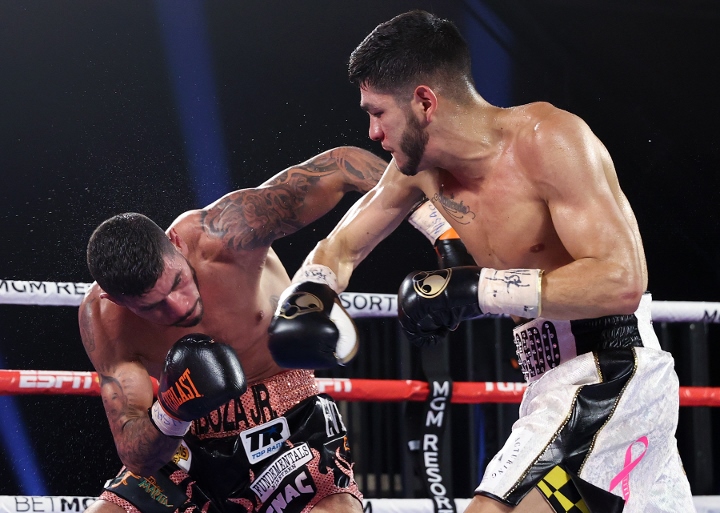 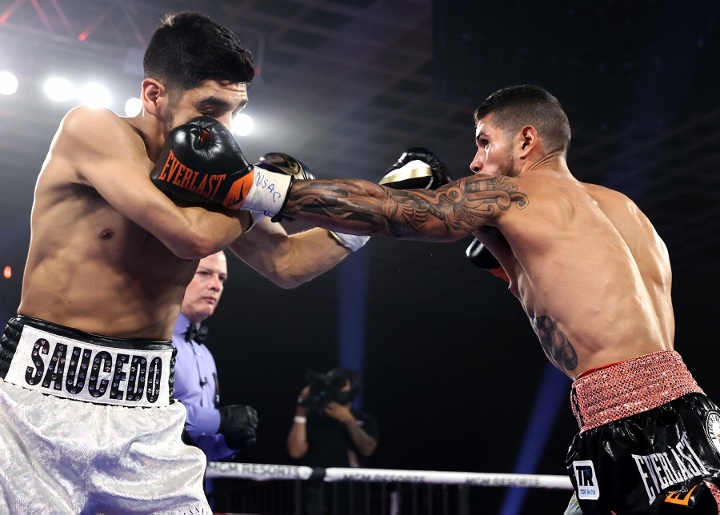 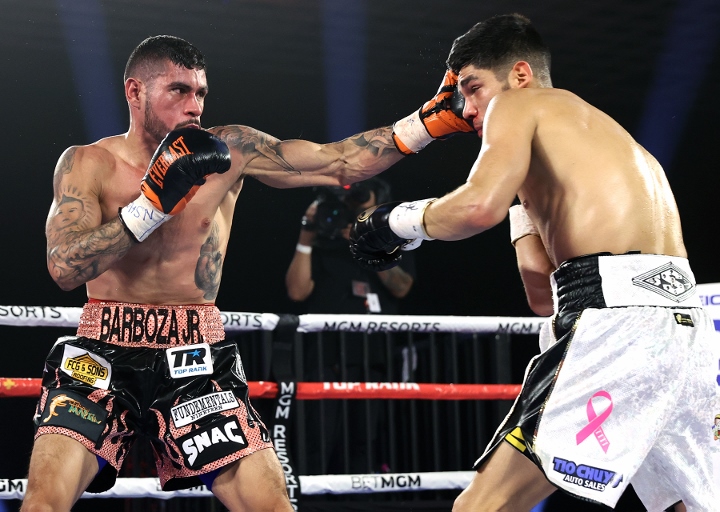 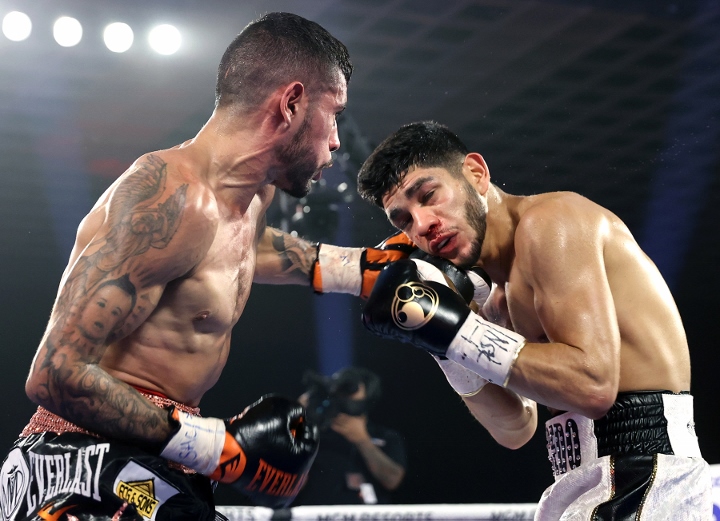 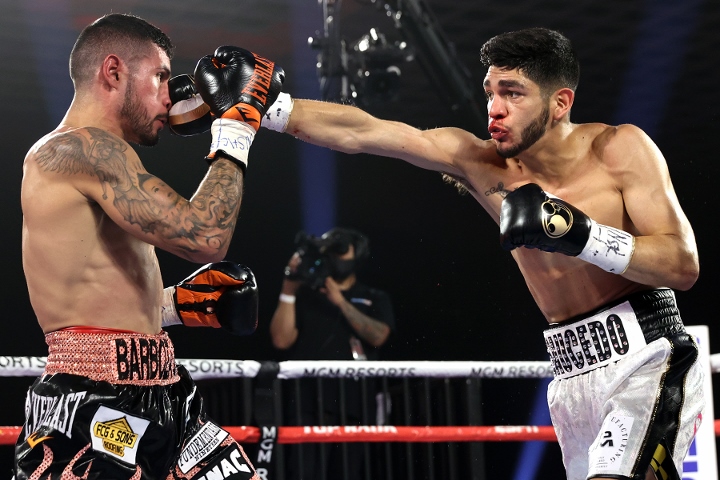 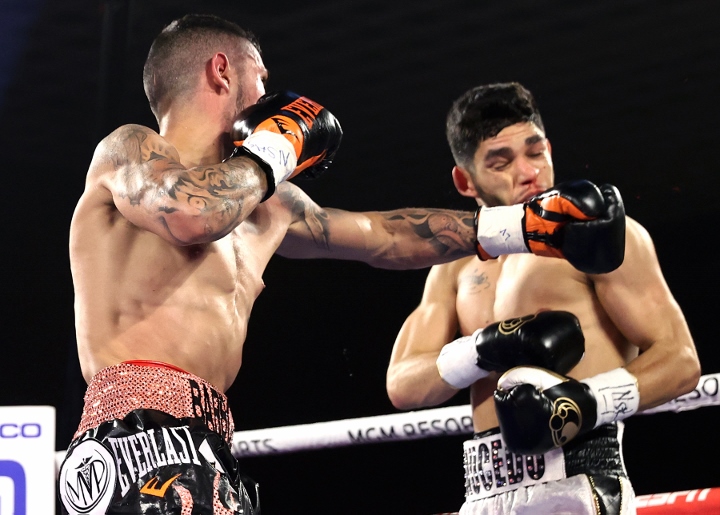 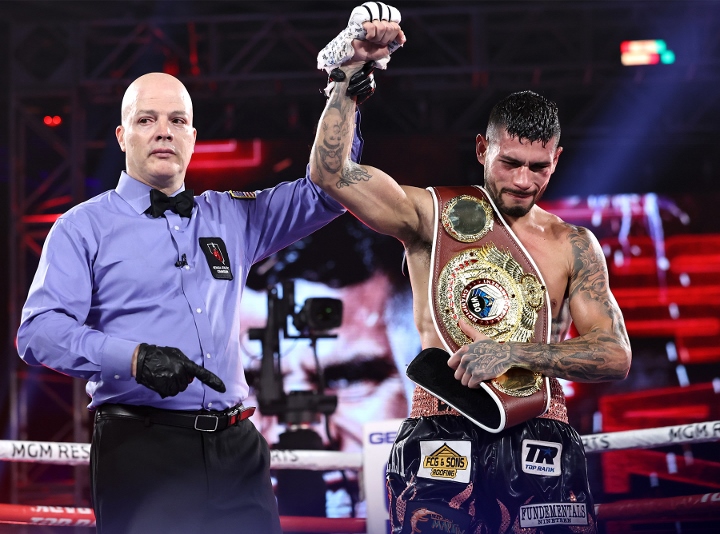 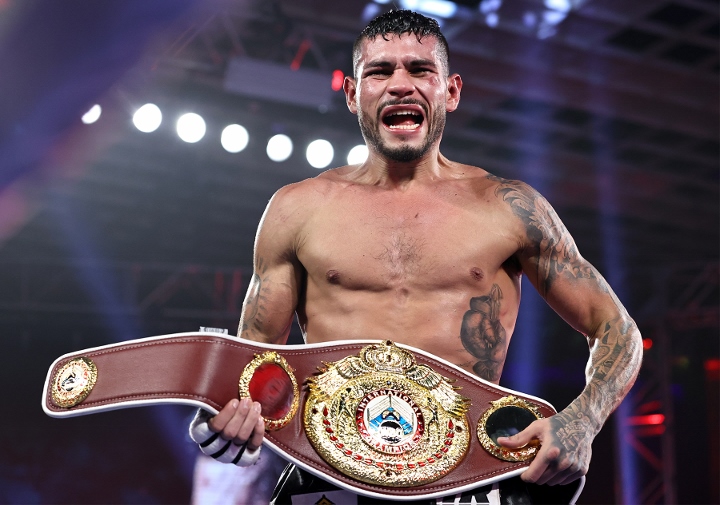