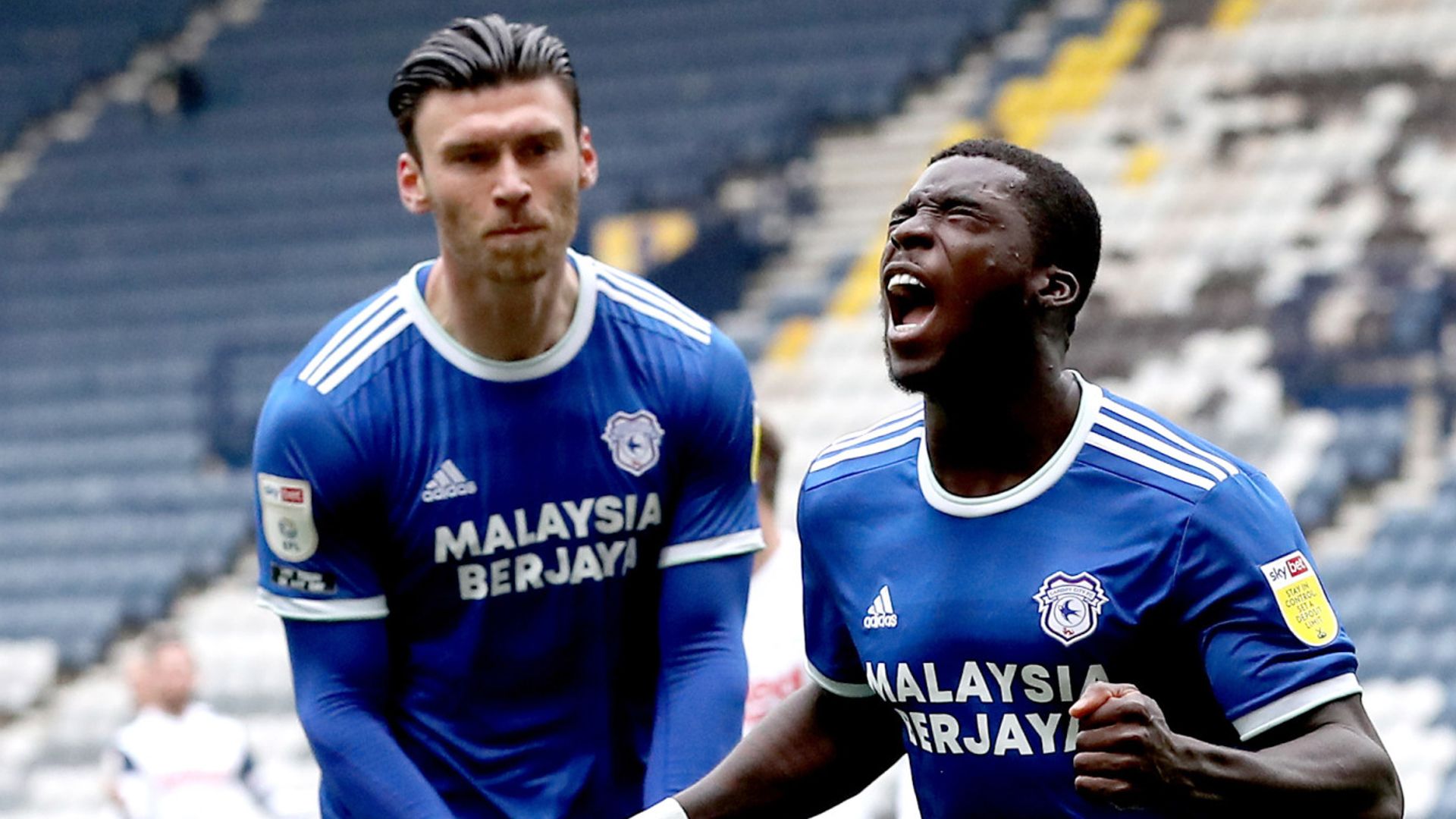 The 23-year-old winger scored his first English League goal for 34 months as the Bluebirds edged a scrappy showdown and made it five unbeaten away from home in the league.

Preston had a few good chances of their own but lacked a killer bite in front of goal as they slipped to a third league defeat of the campaign.

Lilywhites boss Alex Neil had the pleasure of being able to include midfielder Alan Browne in his starting line-up following a Covid scare.

The Republic of Ireland international was a real doubt for the clash with the Bluebirds following imposed self-isolation.

Browne was given the captain’s armband as Neil had the luxury of naming the same team that scored four goals in 18 minutes to go from 2-0 down to beat Brentford last time out.

The hosts were the brighter starters and midfielder Brad Potts saw his thunderous free-kick charged down by Cardiff’s defensive wall.

Moments later, striker Sean Maguire cut inside and forced a smart save from Cardiff ‘keeper Alex Smithies at his near post.

Cardiff countered well and Junior Hoilett let rip with a powerful volley, but defender Ryan Ledson threw himself at the ball to avert the danger.

Wales international striker Kieffer Moore was making a nuisance of himself up top and he went close, powering a header over from Jordi Osei-Tutu’s pinpoint cross.

Potts had another good chance on the stroke of half-time but blasted his right-foot shot straight at the thankful Smithies.

The breakthrough came seven minutes after the break when Preston were caught sleeping after a superb counter-attack from the visitors.

Ojo collected the ball from Moore in a flowing move, went on a mazy run and smashed past helpless Preston ‘keeper Declan Rudd.

Ojo, now at his sixth loan club, was strong to hold off two defenders and clinical as he picked out the top-right corner with his delicious strike.

Preston forward Scott Sinclair, who scored twice in a fine comeback win over the Bees before the international break, tried his luck from distance with 15 minutes remaining but rifled straight at Smithies.

Substitute Jayden Stockley went close to levelling but, agonisingly for the hosts, his header crept wide of the left upright.

Stockley had another good opportunity with two minutes remaining, but the striker headed straight at Smithies. It summed up Preston’s frustrating Sunday afternoon.