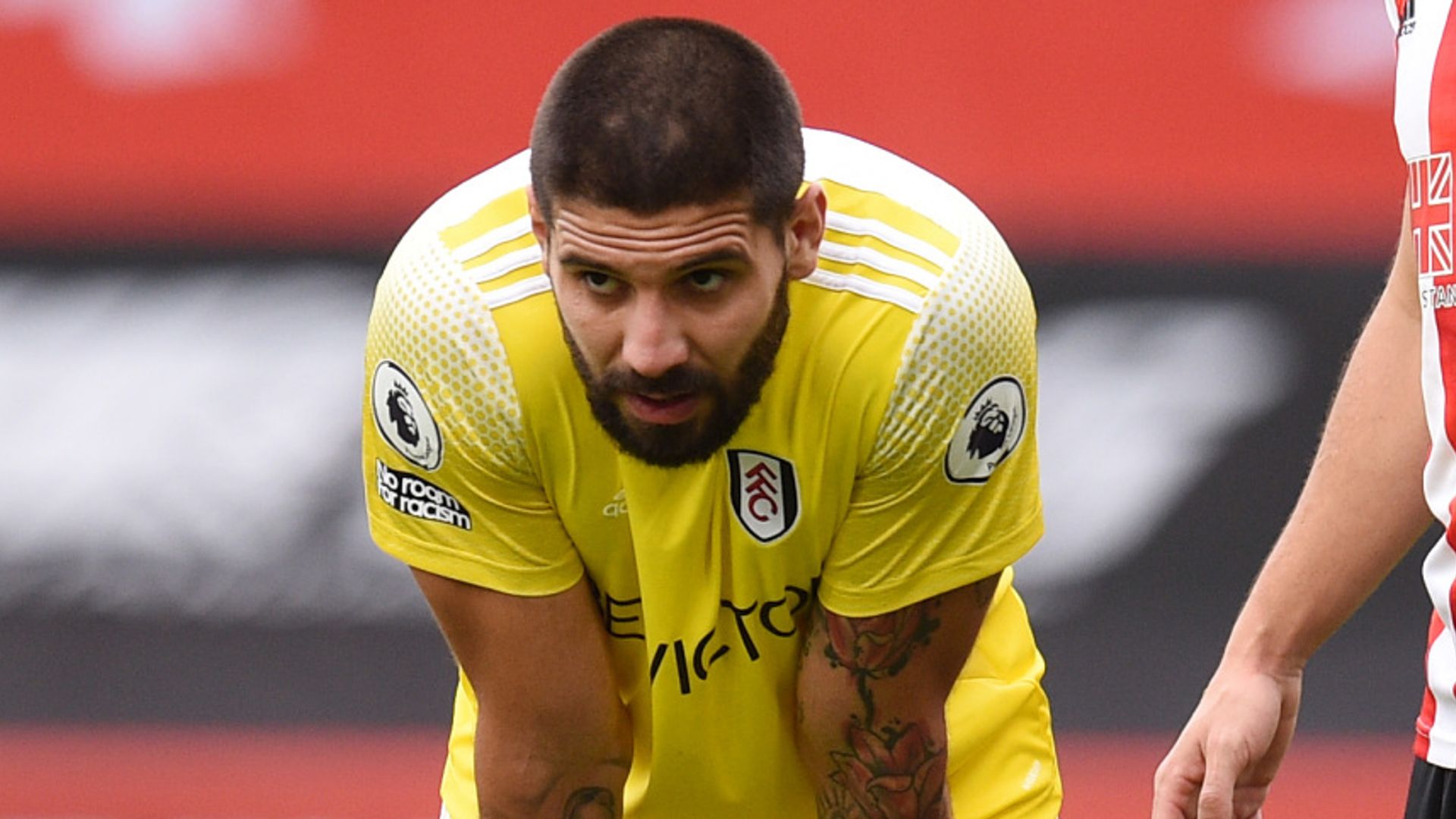 Aleksandar Mitrovic missed a penalty and then gave away one at the other end as Fulham and Sheffield United played out a 1-1 draw at Bramall Lane.

Both teams came into this one under a cloud of nerves having not taken any points from any of their Premier League fixtures this season and Ademola Lookman’s fine strike 13 minutes from time seemed to have handed Scott Parker’s men victory.

However, Mitrovic, who had already blazed over a penalty (57), fouled Jack Robinson inside the area which was spotted by VAR and Billy Sharp fired home the equaliser from 12 yards (85).

After being dominated in the opening 45 minutes, Fulham looked a huge threat late on and Mitrovic compounded his nightmare day by missing a glorious chance with the last kick of the game.

Sheffield United now face a tricky set of fixtures still without a win to their name with Liverpool, Manchester City and Chelsea next up.

Man of the match: Sander Berge

How Mitrovic had a game to forget…

You feel some clubs like the Blades are missing their home fans more than most, losing their last three fixtures at Bramall Lane without scoring. The feel-good factor that had them pushing for the European places for most of last season has been replaced by a run of seven successive league defeats either side of the summer break.

That edginess was felt in the early stages as Tom Cairney stung the palms of Aaron Ramsdale with a fierce drive. Fulham knocked the ball around confidently with Ruben Loftus-Cheek finding pockets of space but it was the Blades that carried the greater threat when in the final third.

John Egan was cleared to play for Sheffield United and took the captain’s armband but Blades boss Chris Wilder made three changes from the team that started the defeat at Arsenal prior to the break as Max Lowe, Oliver Norwood and Oli McBurnie came into the side. Club-record signing Rhian Brewster was named on the bench.

Fulham handed debuts to new signings Ruben Loftus-Cheek and Tosin Adarabioyo. Fellow recent arrival Ademola Lookman also got a his first start after impressing as a substitute against Wolves.

Chris Basham showed exceptional quality on 29 minutes to find Oli McBurnie six yards out with the goal gaping, but the Scottish striker summed up the lack of confidence within the Blades’ ranks as he could only head straight at Alphonse Areola. It was one of four saves the on-loan PSG man had to make in the first period with the dangerous Sander Berge and McBurnie keeping the stopper very busy.

Berge’s movement to join the front two was a constant pest for Fulham to deal with and he thought he had supplied the cross for the opener just before the break when Tosin Adarabioyo put the ball into his own net and the assistant referee raised his flag as Berge was half a yard offside.

Chris Wilder will have been disappointed not to have headed in at the break with an advantage.

That wastefulness almost came back to haunt Wilder’s men when Robinson inexplicably handled the ball in the area when challenging Loftus-Cheek on 56 minutes. An agitated-looking Mitrovic, who had been quiet, stepped up but blazed a poorly executed penalty over the crossbar. Fulham boss Parker looked away in disgust on the touchline. His striker has now failed to score four of his last 10 penalties in all competitions since playing on these shores.

Robinson – no doubt breathing a sigh of relief – redeemed himself minutes later when Fulham created a four-on-two counter attack but the defender read Ivan Cavaleiro’s cross to make a very important clearance as Loftus-Cheek was on for a tap-in.

Wilder’s men seemed to lose their fluidity from the first half and it was Fulham who looked full of energy and ideas. That said, a goal didn’t look likely until Lookman tricked his way past Basham on the edge of the box before firing an unstoppable effort into the roof of the net.

The response from Wilder’s side wasn’t instant but a set piece provided them with the opportunity to level. In a scramble to clear following Areola’s spill, Robinson got his toe in front of Mitrovic inside the box and the replays showed he was clearly taken out. Referee Andre Mariner was instructed to head over to his pitchside monitor and subsequently awarded the penalty, which Sharp fired home.

That wasn’t the end of the drama as Mitrovic rose highest in the six-yard box in injury time but somehow managed to thump his header wide of the post.