MGM Grand Conference Center, Las Vegas – In a super middleweight contest, Edgar Berlanga (15-0, 15 KOs) continued with his streak of first round knockouts, as he took out Lanell Bellows (20-6-3, 13 KOs) in a single one-sided round.

It didn’t take long before Berlanga was throwing punches with bad intentions. 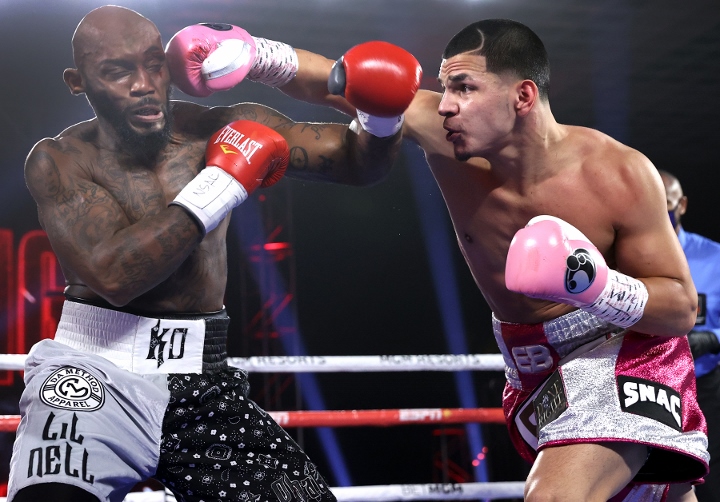 He rocked Bellows and created a cut above his left eye. He then began to unload with combinations as Bellows was stunned and not protecting himself – with the referee jumping in to wave off the fight.

Berlanga has yet to see the second round in his professional career.

While some felt the contest was stopped a little too quick, Berlanga disagrees.

The Puerto Rican puncher believes that he would have did serious damage had the referee allowed the contest to continue any further.

“It was a good call. The first jab I threw, I split his eye open. And I already knew he wasn’t gonna be in there [long]. So, I had to take him out. His eyes, everything, he looked nervous, he looked scared,” Berlanga said.

“And the first punch I landed, I wobbled him. The ref made a beautiful call. You know, his eyes was all over the place. I would’ve hurt him. I would’ve sent him to the hospital.”