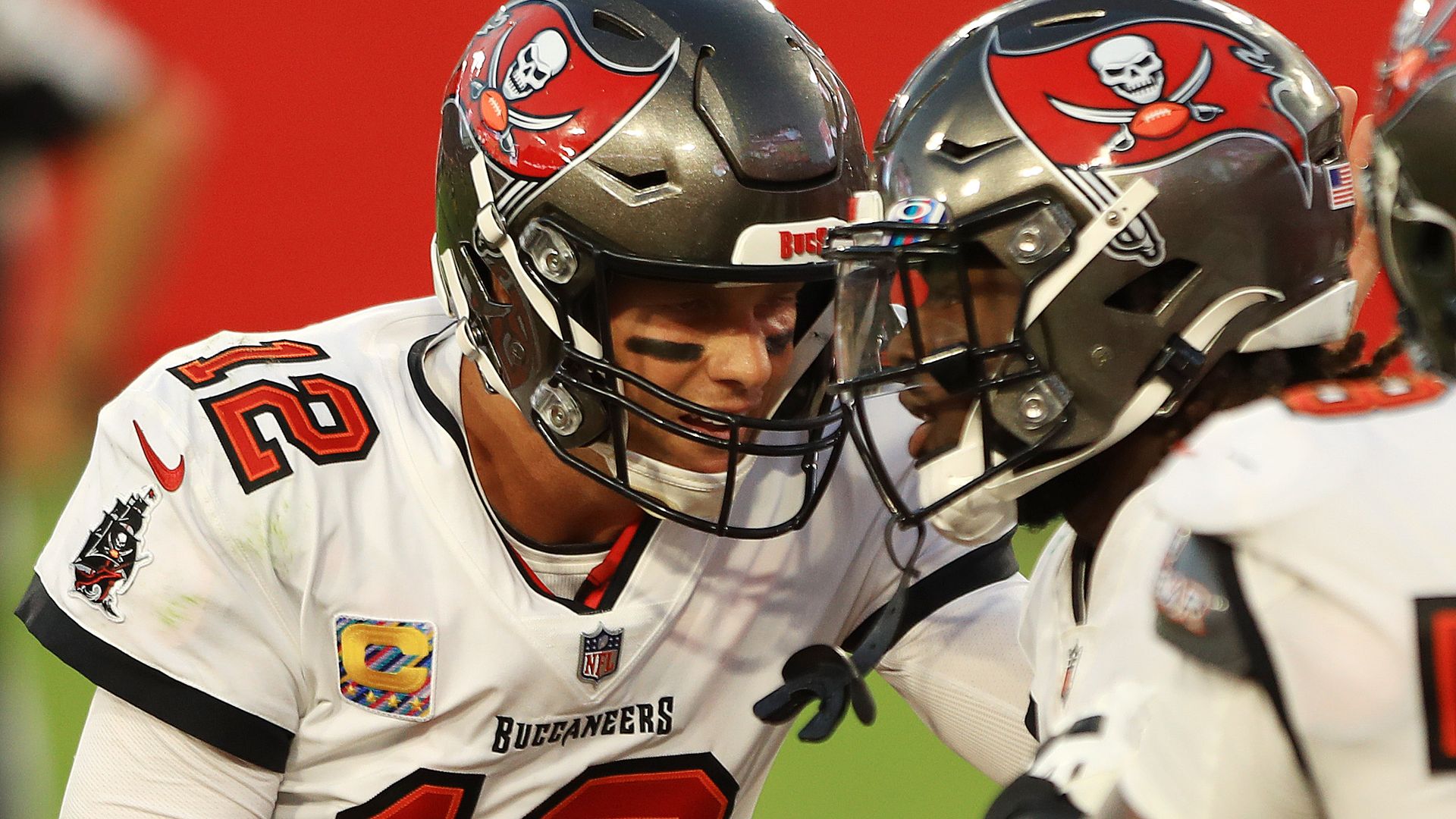 Aaron Rodgers intercepted twice in the space of three second quarter pass attempts, with the first of those a pick six

Rodgers threw two interceptions – Green Bay’s first turnovers of the season – in the space of three pass attempts in the second quarter to turn a 10-0 Packers lead into a 14-10 deficit.

Rodgers had gone 157 consecutive attempts without being picked off, but the first of his errors here was returned 32 yards for a touchdown by Jamel Dean to turn the game.

Mike Edwards picked up the second interception, running that one to 38 yards to the Green Bay two-yard line to set up a Ronald Jones score – his first of two – on the next play. The Bucs never looked back.

Jones broke into the endzone again in the second half as he rushed for 113 yards on 23 carries on the night. Both Rodgers and Brady were taken out of the game in a scoreless fourth quarter as Tampa Bay ran down the clock.

Rodgers finished 16 of 35 for 160 yards, zero touchdowns and those two picks, after having completed 70.5 percent of his passes and throwing for 13 TDs and no interceptions in Green Bay’s first four games.