Barboza, ranked in the top 10 by two of the major sanctioning bodies, now has his sights on a world title shot.

Barboza said, “This was like a championship fight to me. It’s all because of my father [ead trainer Arnold Barboza Sr], not me. I did this for kids and my father. My dream is to get a house for my kids. I came that much closer today.

“I want a championship fight. No more messing around. No more tune-up fights.” 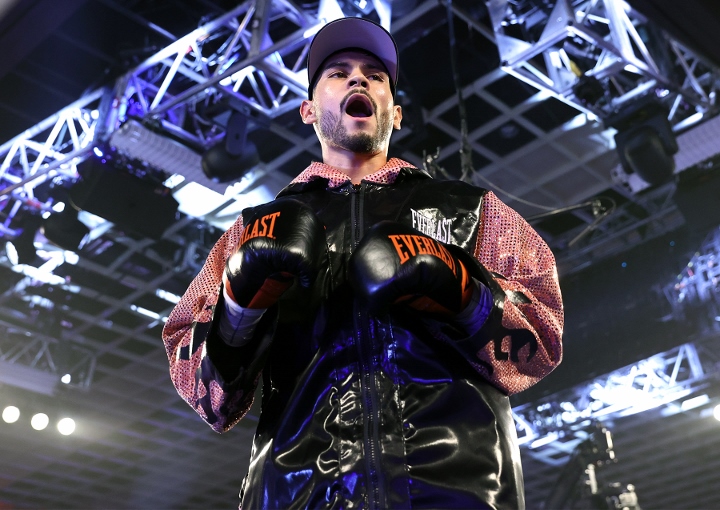 Also on the card, super middleweight destroyer Edgar “The Chosen One” Berlanga knocked out Lanell Bellows in 79  seconds, the 15th first-round knockout to begin his career. Bellows (20-6-3, 13 KOs) had never been knocked out in an eight-year pro career.

Welterweight Jahi Tucker (2-0, 1 KO) UD 4 Charles Garner (1-1). Scores: 40-36, 3X. The 17-year-old Tucker, who scored a first-round knockout in his professional debut last month, went the distance and cruised to a decision win against Garner, a native of Buffalo, N.Y.