MGM Grand Conference Center, Las Vegas – In a super middleweight contest, Edgar Berlanga (15-0, 15 KOs) continued with his streak of first round knockouts, as he took out Lanel Bellows (20-6-3, 13 KOs) in the first round.

It didn’t take long before Berlanga was throwing punches with bad intentions.

He rocked Bellows and created a cut above his left eye. He then began to unload with combinations as Bellows was stunned and not protecting himself – with the referee jumping in to wave off the fight.

Berlanga has yet to see the second round in his professional career. 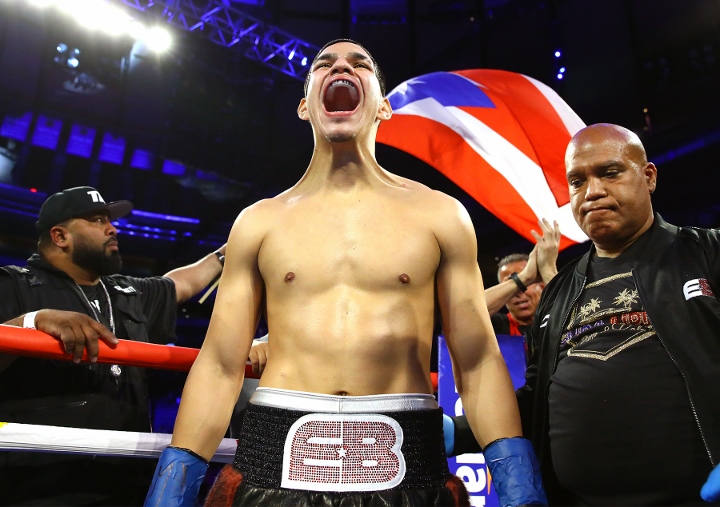