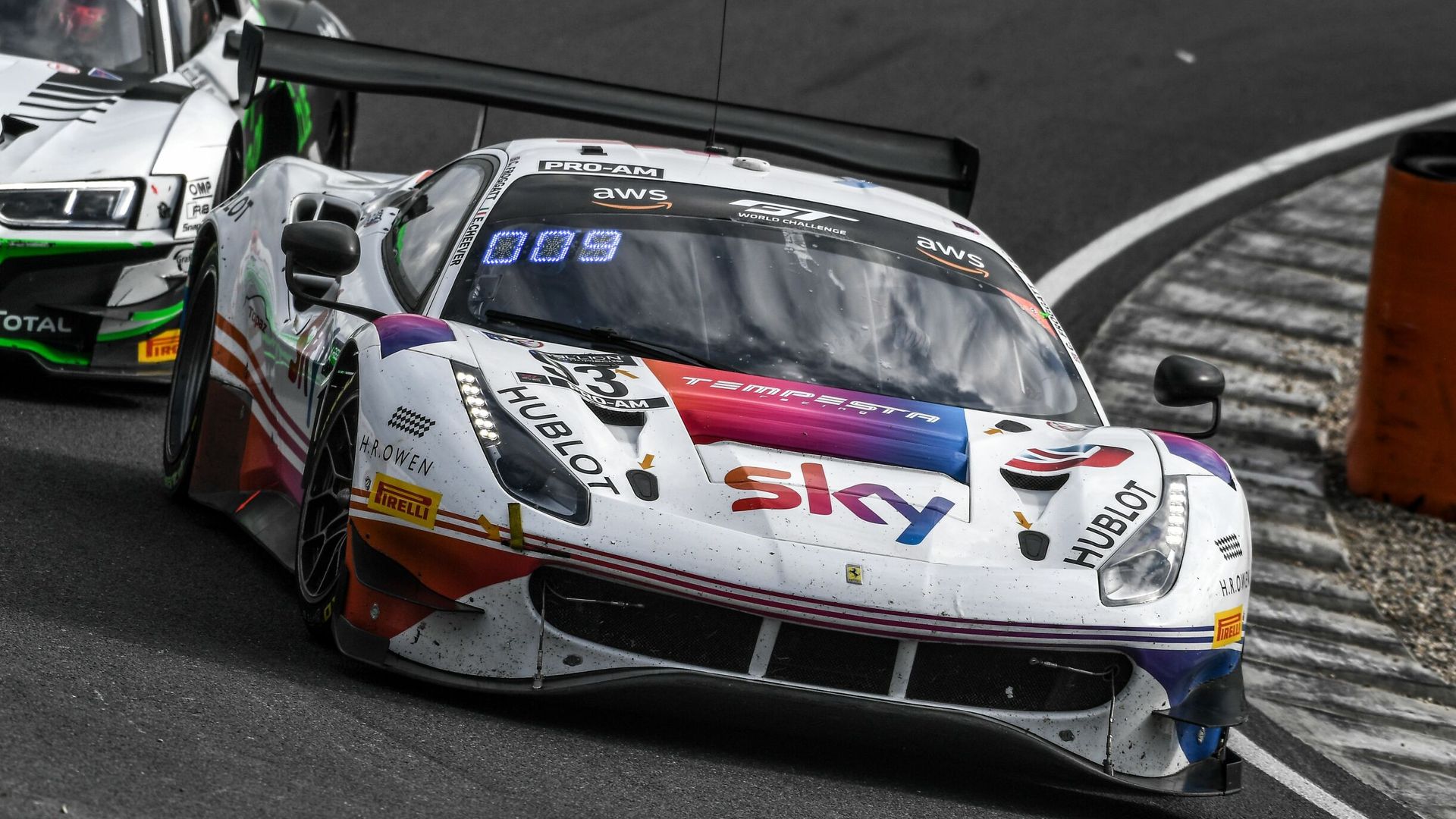 Three races and three titles on the line for this weekend’s deciding event of the GT World Endurance Challenge Europe’s Sprint Cup at Barcelona.

The fourth and final round of the shorter-race series takes place at the Circuit de Catalunya with one race on the Saturday and two on Sunday, with titles up for grabs in the overall standings as well as the Silver and Pro-Am classes.

For Sky Tempesta Racing, title-winning success in the Pro-Am Cup could be secured well before Sunday’s final race thanks to a stunning run of success so far this season.

The British team have won six of the seven races in the Sprint Cup this year – including the last five – with Chris Froggatt and Eddie Cheever III leading the way in the drivers’ standings with four victories in their number 93 Ferrari 488 GT3 car.

Froggatt and Cheever are 29 points ahead of nearest rivals Andrea Bertolini and Louis Machiels, who drove for fellow Ferrari runners AF Corse, while the Sky Tempesta team are 34.5 points clear in the teams’ standings.

Highlights of the three races from Barcelona air on Sky Sports F1 on Sunday at 7pm.