Emanuel “Vaquero” Navarrete has won 27 consecutive bouts. Ruben Villa has never lost as a professional. Something will give Friday evening (ESPN, 10 p.m. ET), when the two battle for the vacant WBO featherweight world title, which became available after Shakur Stevenson moved up to the junior lightweight ranks. (photos by Mikey Williams) 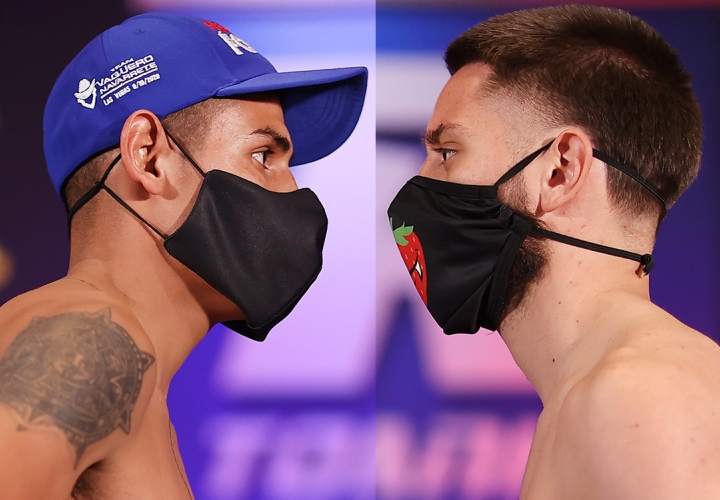 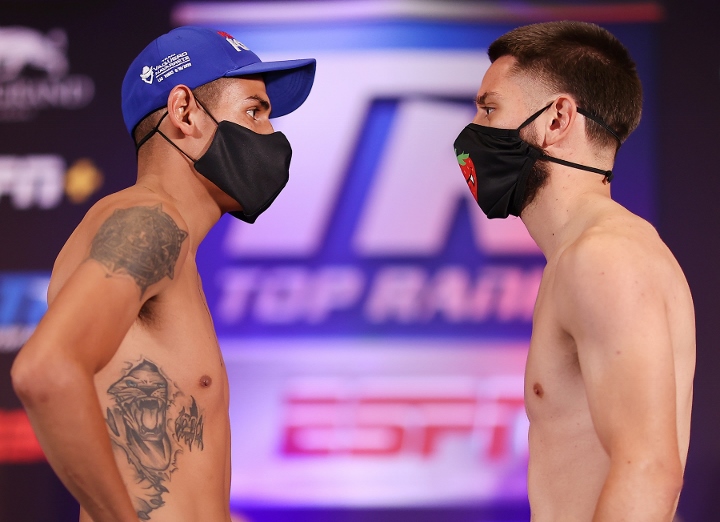 Navarrete (32-1, 28 KOs) reigned as WBO junior featherweight world champion and became boxing’s most active world champion. He made five defenses of the title he won from Isaac Dogboe in a nine-month span and most recently knocked out Uriel Lopez in a June non-title bout in Mexico City. 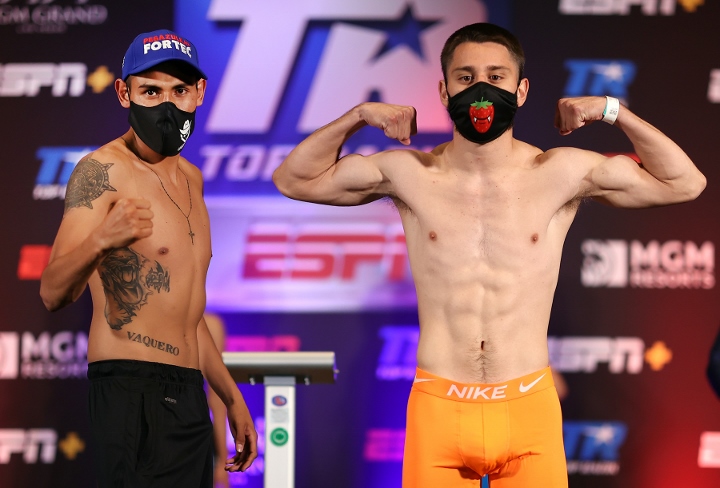 Villa (18-0, 5 KOs), from Salinas, Calif, earned this title shot with wins over the likes of Alexei Collado and Jose Enrique Vivas, but Navarrete represents a giant step up in class. Villa fights for his Salinas Valley home region, which has been ravaged by wildfires in recent months. The poor air quality has forced him to wear a mask during roadwork. The field workers are still out there, providing Villa with ample motivation as he awaits his first world title opportunity. 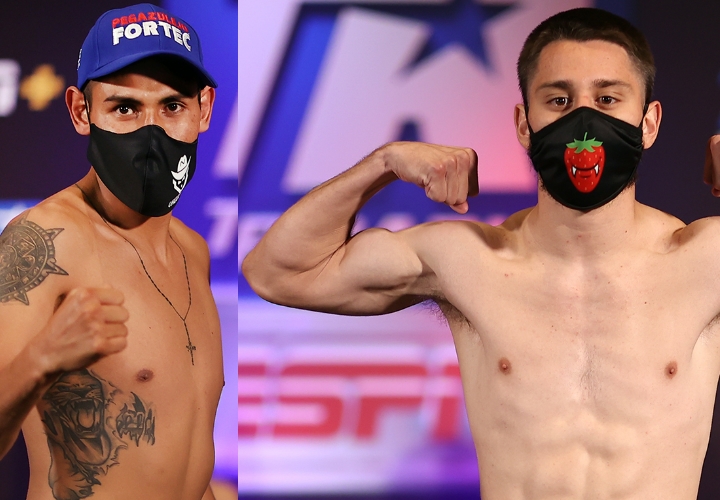 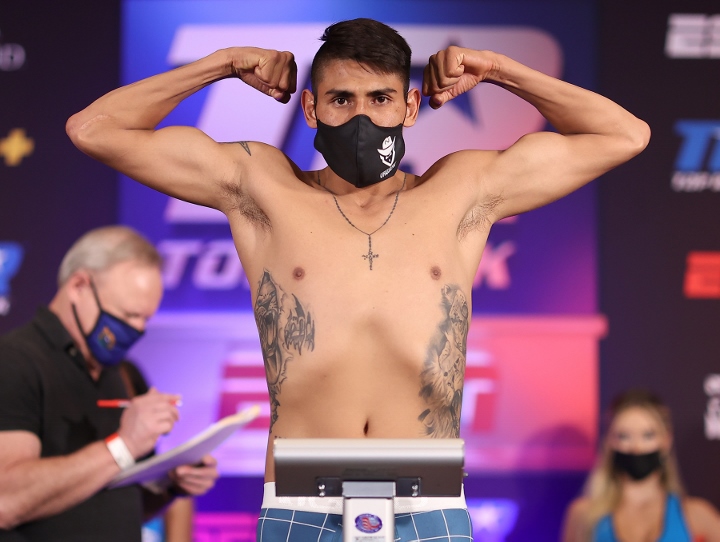 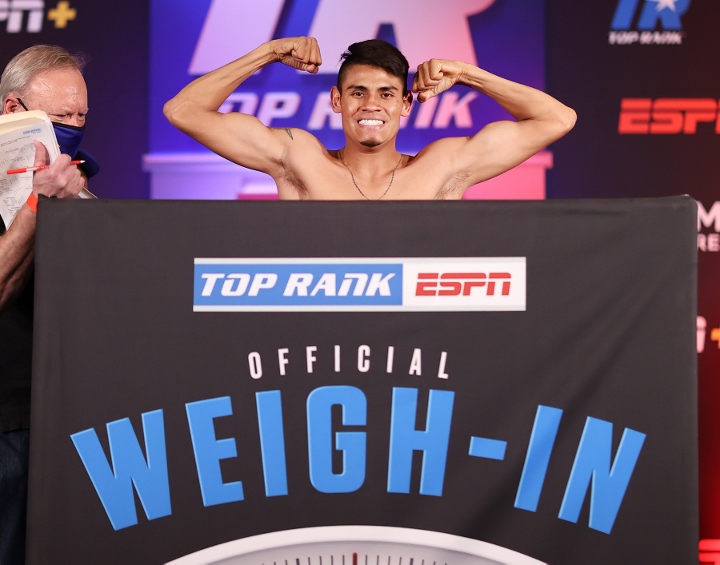