The International Boxing Hall of Fame has mailed ballots for the 2021 election cycle, adding five newcomers to the modern boxer category in one of the deepest group of first-year eligible fighters in the history of the Canastota, New York, shrine.

The five newcomers are a who’s who of boxing royalty, led by longtime pound-for-pound king Floyd Mayweather Jr., former longtime heavyweight world champion Wladimir Klitschko, Puerto Rican legend Miguel Cotto, two-division world champion Andre Ward and three-division champion James Toney. They all had their last fights in 2017 and are eligible for the first time since last year the Hall of Fame reduced the waiting period from five years to three years before a fighter can appear on the ballot for the first time.

With the holdovers who were not elected last year it gives the ballot 42 candidates to be voted on by full members of the Boxing Writers Association of America and a panel of international boxing historians, about 200 people in all. Ballots must be returned to the Hall of Fame by Oct. 31 with the new class being announced in early December. 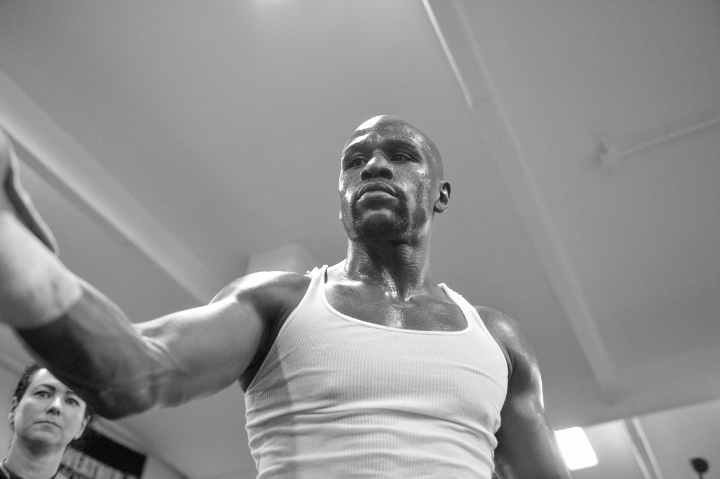 During Mayweather’s legendary career he won world titles in five weight classes – junior lightweight, lightweight, junior welterweight, welterweight and junior middleweight – and was the dominant fighter of his time, and one of the most dominant in history. Mayweather (50-0, 27 KOs) also claimed a 1996 Olympic bronze medal, was one of the premier defensive boxers ever and retired as the pay-per-view king, earning more money than any fighter in history thanks to a string of mega pay-per-view events against fellow stars such as Manny Pacquiao, Oscar De La Hoya, Canelo Alvarez, Ricky Hatton, Shane Mosley, Cotto and even UFC star Conor McGregor, who crossed over to boxing to convince Mayweather to end a two-year retirement.

Klitschko (64-5, 54 KOs), the dominant heavyweight for a decade, can join older brother and fellow former heavyweight champion Vitali Klitschko, who was a 2018 inductee, in the Hall of Fame. Wladimir Klitschko fought in more heavyweight title fights (29) than anyone in history over two title reigns. During his second reign, from 2006 to 2015, he held the title for 9 years, 7 months and 7 days, longer than any heavyweight champion other than Joe Louis. Klitschko also made more consecutive title defenses (18) than any heavyweight other than Louis (25, the all-time record for any division) and Larry Holmes (20). Ukraine’s Klitschko also unified three of the major belts and was a 1996 Olympic gold medalist.

Cotto (41-6, 33 KOs), a 2000 Olympian, is the only male Puerto Rican boxer to win world titles in four weight divisions, claiming belts at junior welterweight, welterweight, junior middleweight and middleweight. Thanks to his numerous action-packed fights and willingness to face all comers — including Mayweather, Pacquiao, Alvarez, Sergio Martinez, Mosley, Zab Judah and Antonio Margarito (twice) — Cotto became one of boxing’s biggest attractions, especially in New York, where he became a franchise at Madison Square Garden.

Like Mayweather, Ward (32-0, 16 KOs), who was a 2004 Olympic gold medalist, retired undefeated. He won unified world titles at super middleweight, where he defeated Carl Froch, Arthur Abraham and Mikkel Kessler en route to winning the Super Six World Boxing Classic tournament. He eventually moved up to light heavyweight and outpointed Sergey Kovalev to take his three unified belts and then knocked Kovalev out in a rematch before retiring.

Toney (77-10-3, 47 KOs) was one of the most dominating pound-for-pound best fighters of the 1990s. Known for one of the greatest chins in boxing history – he was never stopped and rarely knocked down — he won world titles at middleweight, super middleweight and cruiserweight. He faced the likes of Mike McCallum (three times), Iran Barley, Vassiliy Jirov and Roy Jones Jr., who outpointed him in a showdown for pound-for-pound No. 1 in 1994. Toney eventually moved up to heavyweight, where he stopped Evander Holyfield but had a world title victory over John Ruiz in 2005 was erased due to testing positive for a performance-enhancing steroid. It was the first of two failed PED tests in his career.

Former middleweight champion Sergio Martinez, who was added to the ballot in 2019, was removed because he came out of retirement and fought in August.
Electors can vote for up to five fighters in the category and the top three vote-getters will be elected, as well as anyone who receives at least 80 percent of the vote.

In 2019, the Hall created a women’s ballot with Christy Martin and Lucia Rijker being elected. To take their places on the 12-woman ballot are Japan’s Momo Koseki (24-2-1, 9 KOs), the longtime WBC atomweight champion, who won the strawweight title in her final bout; and Germany’s Ina Menzer (31-1, 11 KOs), a longtime featherweight world champion. Voters can vote for up to three candidates and two will be elected.

Added to the 40-person old timers ballot, which is for fighters whose last bout was no earlier than 1943 and no later than 1988, was Marvin Johnson (43-6, 35 KOs), a former three-time light heavyweight world champion and 1972 U.S. Olympic bronze medalist. Electors can vote for up to five candidates and one will be elected.

The newcomers to the 29-person non-participant ballot are South African trainer Nick Durandt; Ed Derian, the famed Philadelphia ring announcer, who died at age 77 in 2014; and retired longtime referee and judge Tony Perez, who worked numerous high-profile fights, including serving as the referee for the second bout between Muhammad Ali and Joe Frazier. Electors can vote for up to five and three will be elected.

There are 24 candidates on the observer ballot, including two newcomers: the late longtime Las Vegas Review-Journal boxing writer Royce Feour, who died in 2018; and Ross Greenberg, who spent 33 years at HBO – 1978 to 2011 – where he was the longtime executive producer of its boxing telecasts before being named HBO Sports President in 2000. Electors can vote for up to five and two will be elected.