Chris Eubank Jr. wants to get himself in the ring with Mexican superstar Saul “Canelo” Alvarez.

Eubank Jr. holds the WBA’s interim-title at middleweight, while Canelo has the WBA’s full version of the title.

It’s highly unlikely that Canelo will return to the middleweight division in the future.

Last November, he jumped up by two weight divisions to captured the WBO light heavyweight title with a knockout of Sergey Kovalev. He vacated the title not long after and announced he was dropping down in weight. 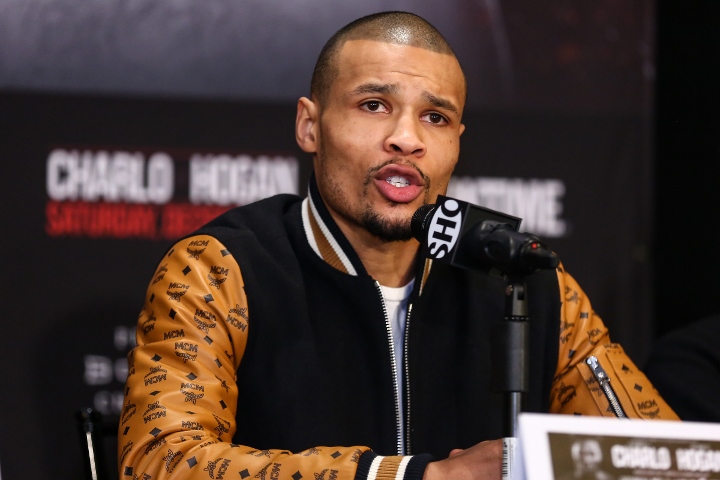 Back in May, Canelo was in line to face WBO super middleweight champion Billy Joe Saunders.

The entire event was canceled due to the coronavirus pandemic. Canelo’s next fight is almost sure to be at 168-pounds.

Eubank believes the WBA will have to order the fight at some point, to eliminate one of the belts.

“I personally would like to fight Canelo,” said Eubank to the BBC. “The fight has to happen. It’s one so many fight fans are calling for. I’m number one contender so he needs to fight me or give up that belt.

“I wouldn’t say I’m unfulfilled. I’ve had a great career, made a name for myself in the sport and I’m financially stable for the rest of my life. But is there more I can achieve? Absolutely. And I will achieve those things.”

He credits Jones with making him become a new and improved fighter.

“At this stage of my career I don’t think it’s possible to completely change a fighter but I have this renewed energy now with Roy that I didn’t think was possible,” said Eubank.

“Now I’m excited about what am I going to learn. I’ve never really had this relationship with anyone in boxing. I have learned a hell of a lot from my father but he hasn’t been able to be there day in, day out like a real trainer needs to be. This time and moment in history has been a blessing to me. No disrespect to anyone affected negatively by Covid-19. If it hadn’t have happened I wouldn’t be where I am now.”