World Boxing Council (WBC) Mauricio Sulaiman is not happy with the ongoing legal situation that prevents Mexican superstar Saul “Canelo” Alvarez from competing in the ring.

Canelo has been out of the ring since November of 2019, when he climbed up by two weight classes to light heavyweight and knocked out Sergey Kovalev for the WBO title.

He planned to fight in May, at super middleweight, but the fight was postponed due to the coronavirus pandemic. 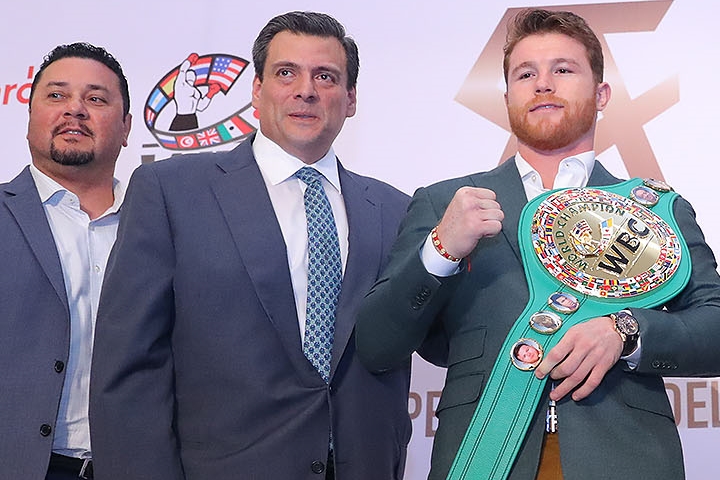 Then Canelo was going to return last month, but in the weeks leading up to the fight – it became apparent Canelo was having internal issues with his promoter, Golden Boy Promotions. He was also having issues with streaming network DAZN.

At the moment Canelo has sued both Golden Boy and DAZN for breach of contract.

“Saul ‘Canelo’ Alvarez is definitely the greatest attraction in world boxing. He is already going to complete a year without getting into the ring. Obviously the pandemic is the main problem. But he is eager to get in there. He is in a legal situation with Golden Boy and DAZN. Let’s hope they reach a friendly agreement and that Canelo returns to the ring as quickly as possible,” said Sulaiman to Josue Villa.

On the other hand, Sulaimán made it clear that he doesn’t have a problem with the challenge that Mario Cázares gave to Canelo, but he also feels the fighter who defeated Julio César Chávez Jr. lacks the necessary experience.

“Mario is a young boxer when it comes to fighting, but he is already advanced in age [30 years old], since he retired for four years because he obtained a degree. He already liked the media attention after beating Julio César Chávez Jr. and now he is making himself known in the sport of boxing,” Sulaiman said.

“Canelo is in a position that has taken him many years to build, but there are always young people who will look to launch those challenges. I don’t know [if the fight is viable], he is not ranked, he is just beginning his foray into the major leagues, so he needs a lot more experience, more fights, more recognition [for Canelo] to take a challenge of this nature seriously. But in boxing anything can happen.”